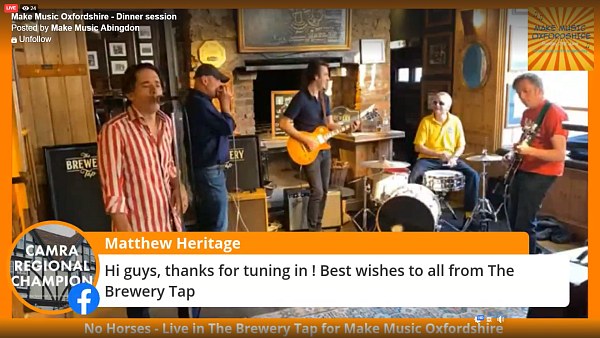 Today was not only Father’s Day, but also the Virtual Make Music Abingdon Day. There were people performing from rooms in their houses. One group performed from a unknown field. The group called No Horses played from the Brewery Tap – which was otherwise empty. 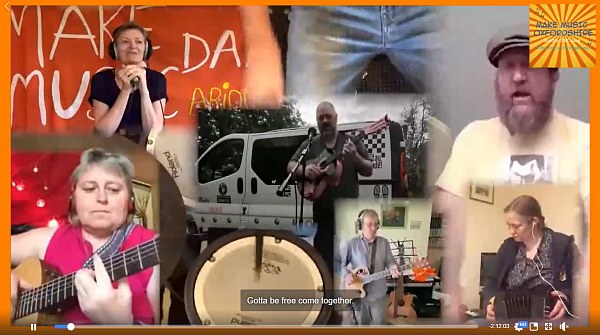 Then there were groups that had recorded separately and been put together by the wonders of technology. The event was hosted by Make Music Abingdon. There was a virtual tip jar on paypal.

There are lots of virtual events happening in Abingdon. I found out about this from the Abingdon-on-Thames Town Council virtual events page. If you want more people to know about your virtual event then let them know.