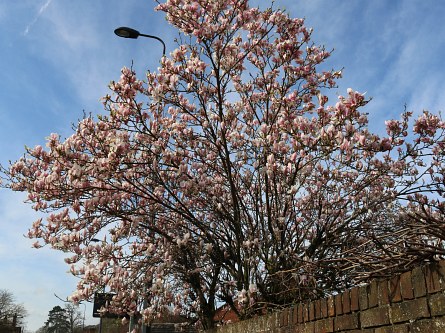 We used to think of 21st March as the first day of spring, but the newspapers had the 20th March as the Spring Equinox. Magnolia are in flower as seen here in Stratton Way. It has been a cool sunny day so far. 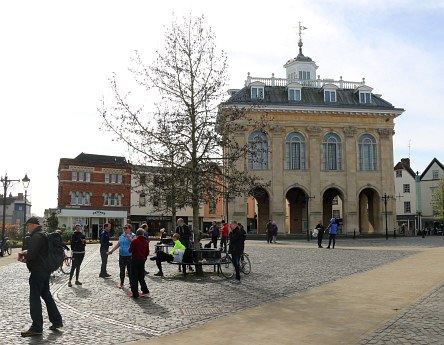 R&R has closed, but a lot of the other coffee places are still open, and serving takeaway coffee. People were chatting as they drank coffee, trying to keep some social distance in the open air.

There is now only one charity shop open in Abingdon. The rest have closed. Acacia UK were due to open soon but will delay the opening. 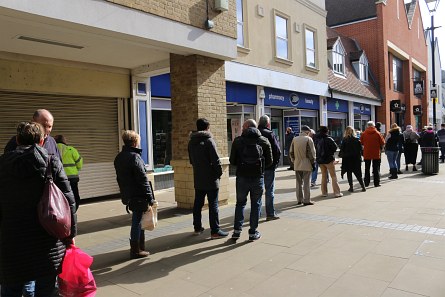 Queues for the Boots pharmacy start before they open and continue throughout the day. The queue sometimes manages to keep a social distance and then people, after a while, can get talking and forget the government advice.

Abingdon Library seems to be the only public building open. Libraries were not one of the services told to close yesterday. Some Counties have closed their libraries, but not Oxfordshire County Council.