Thank you to Mark Turnbull for this piece. All Rights Reserved. Three of the pictures were taken in 2019 at an English Civil War Society re-enactment in Gloucester. The last picture was taken during Abingdon Heritage Open Day 2013 at Culham Bridge. 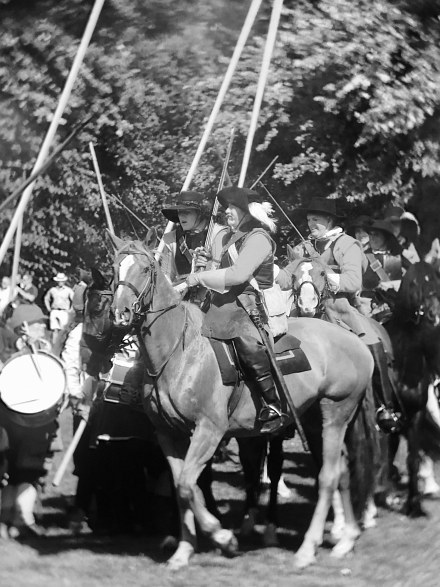 On 11th January 1645 troops commanded by King Charles I’s nephew, Rupert of the Rhine, appeared before Abingdon intent upon seizing it. During the endgame of the British Civil War, the fate of the town was the focus of a desperate and most remarkable struggle that is preserved in a series of letters. Abingdon’s fate caused royalist in-fighting that succeeded only in wounding the King’s cause.

Four months earlier on 14th September 1644, Rupert’s bitter rival, Lord George Digby opened rapid fire correspondence with Parliament’s governor of Abingdon, Major-General Richard Browne. The toxic Digby may have had golden curls and a politician’s silver tongue, but he certainly didn’t have the Midas touch. Considering Abingdon’s garrison were mutinous over pay, he’d assumed it to be ripe for the picking and coaxed Browne to turn coat.

Lord Digby’s courting quill flattered, fawned and offered rewards a-plenty. There was a baronetcy, continued governorship of Abingdon once in royalist hands, and command of a brigade in the King’s army. Digby even offered Browne, “what other reward you shall desire within His Majesty’s power to grant.” Notwithstanding this bait, Browne stood firm, but cunningly offered lip service to the plot. Rupert, meanwhile, advocated an attack but was muzzled by the royalist council. All that marched forth was time itself. 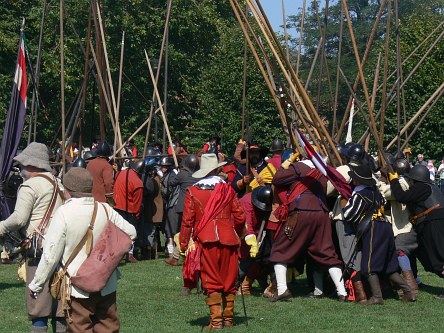 Digby resorted to tittle tattle in an effort to alienate Browne from his colleagues; Sir William Waller had supposedly spoken to the Countess of Brentford of the, “rogue Browne, who would use her like a clown.” Digby also promised to send on, “Lord Saye’s letter written with his own hand, whereby you may guess at your future respects with [Parliament].”

The end of November marked ten fruitless weeks, yet still Digby reloaded his ink time and again. On 1st December he pushed for action with an idle threat, “it would be an extreme grief to me, to be an occasion of misfortune to you.”

Having staked his reputation and assured the King of his success, the deluded Digby couldn’t contemplate failure. He even betrayed the intentions of the King’s army. “The pressures of our military men here for some enterprise, either for the taking or blocking up of [Abingdon], are daily such as I suffer much by opposing them.”

Communications between the two pen-pals was to get more explosive. Warning signs such as Parliament sending fifteen-hundred reinforcements to Abingdon failed to dim the blue skies of Digby’s world. Only on 19th December did Browne admit that his, “design was to play with you at your own game, till our works … were strengthened and accommodated with men and provisions …” 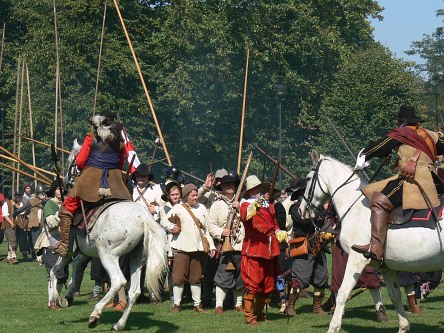 Digby threatened to publish the letters to prove Browne’s prostitution of himself. Unbelievably, he also persisted and suggested Browne might follow through once royalist troops approach the town. But Browne, acting fast and acting first, published all of these fascinating and insightful letters and saved this chapter in Abingdon’s history for posterity.

One of Browne’s last letters must have galled Digby. “I find you are swelled, and the poison you vent is worse than spiders; but your web is so thin, that the readers will guess by the ridiculousness of your plot.” Browne continued, “If I were a prostitute, my lord, as you call me, why did your honour act the pimp, and offer me a reward with such solicitations so frequently, so hotly, so long a while?”

At this juncture, Rupert and the army were finally let loose upon the by now strengthened defences of Abingdon, and the reinforced Parliamentarians manning them. In the early hours of 11th January 1645, three-thousand royalists were on Culham Hill. An attack was made at Culham Bridge and all went well until Browne’s men waded through waterlogged meadows and outflanked Rupert’s. The Parliamentarians attacked the royalist rear and forced them to withdraw, trapping some on the bridge. Sir Henry Gage, one of the King’s most able commanders, was killed and in obeyance of Parliament’s orders, Browne mercilessly hung all Irish prisoners. The royalist humiliation over Abingdon was an open wound. After only two months as General of the King’s armies, Rupert’s command had been neutered by politicians playing at toy soldiers. 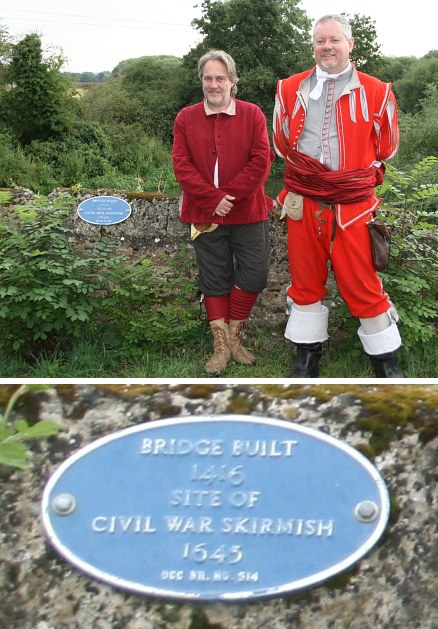 Mark Turnbull is the author of an award-winning civil war novel called Allegiance of Blood, set in 1642-43. More information can be found at www.allegianceofblood.com