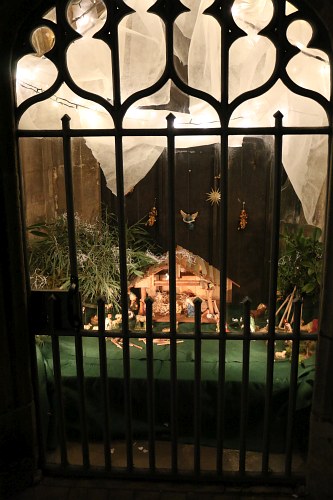 The Nativity Scene in the porch of St Nicolas Church, Abingdon, is back again this year. 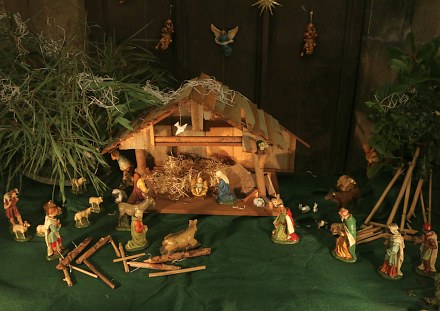 The scene shows the birth of Jesus as told in St Luke’s Gospel where an angel told shepherds of the birth of a baby, who would be a Saviour. The shepherds visited Jesus and found him lying in a manger – a cattle feeding trough. This account is combined with the account from St Matthew’s Gospel which tells of wise men who follow a star to the place where Jesus lives.

Saint Francis of Assisi is credited with creating the first nativity scene in 1223 at Greccio, central Italy. His scene combined the two accounts and added an Ox and Ass. Such scenes then became very popular, and are still very popular to this day, particularly around Christmas.

St Nicolas is another character who is celebrated at Christmas, although he is better known as Santa Claus.