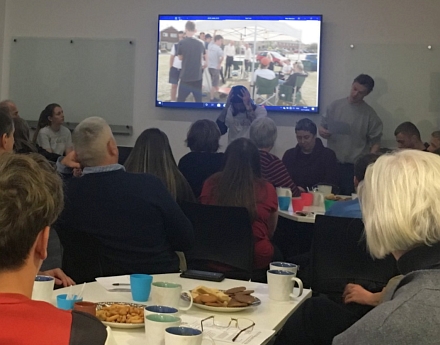 The name Damascus is an acronym for the five Vale villages south of Abingdon that this youth project originally served: Drayton, Appleford, Milton, Sutton Courtenay and Steventon. In recent years the project has expanded to cover South Abingdon and some parts of South Oxfordshire.

The purpose of Damascus according to their website http://ycat.org.uk/ is ‘enabling young people to make a positive difference within their own communities.’ Many of the young people Damascus work with had been detached from education and the community or were underachieving for a variety of reasons.

Last night was the Damascus AGM and during the first half achievements were recognised, and certificates were presented to eighteen young people by the High-Sheriff of Oxfordshire, Lady Jay of Ewelme. Also in attendance were parish councillors from the five villages; five police officers including Chief Inspector Matthew Bullivant and PCSO Alison Blood; Matthew Barber the deputy Police Commissioner; three head teachers including Chris Harris from Larkmead; and Vale council officers.

In the second half there was a presentation about the work of the charity during the last year, and a look at their finances. The five villages and Abingdon-on-Thames Town Council have given Damascus grants towards their work. 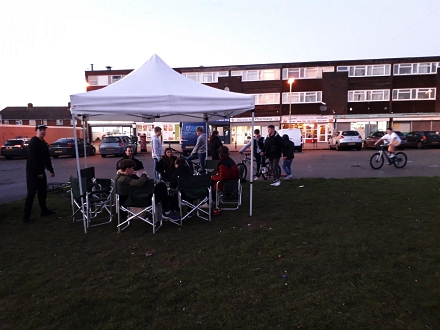 So how did Damascus engage with young people that had become detached and hung about on street corners? Their first answer was to go where young people were, whether that be street corners, bus-stops, or the shops. The three Damascus youth workers have all come through troubled times and now help others. They are Roxy, James and Jake. They also have a gazebo that they put up at venues where young people could drop in for a chat. 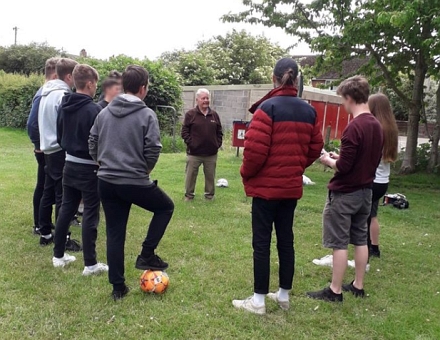 The youth workers and invited experts also led a lot of workshops on about a dozen topics including substance abuse and money management. They helped develop skills and talents and got young people back into education, employment or training. They provided one-to-one support where needed. They ran sports events. The young people also ran their own community projects including tea parties for the elderly, and a community BBQ. 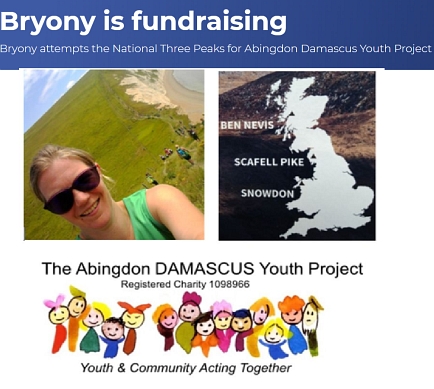 Damascus continues to thrive after over twenty years because of the quality and commitment of their youth workers. Trustees believe in facilitating and supporting the career progression of all staff. Staff alumni include Ryan Tappin now a police officer and Gary Hibbins, manager of The Abingdon Bridge. But as a charity they need to raise money, and last year a young lady called Bryony did the 3 peaks challenge, and helped raise about £3.5K. She said ‘People do not realise what a fantastic resource we have in Damascus. It is worth climbing mountains to support.’

Thankyou to them for inviting me to the AGM. Thank you also for the pictures which come from their facebook page, Bryony’s fund raising page, and the twitter account of somebody there. Thanks also to the Drayton Village Newsletter for some of the information here.