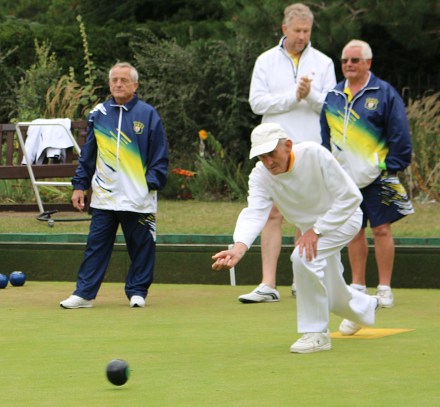 At Abingdon Bowling Club teams were competing for The Preston Cup. The cup was given to the club by Alderman Preston in 1920 and first competed for in 1921. It is a challenge cup for visiting teams, and Abingdon teams. 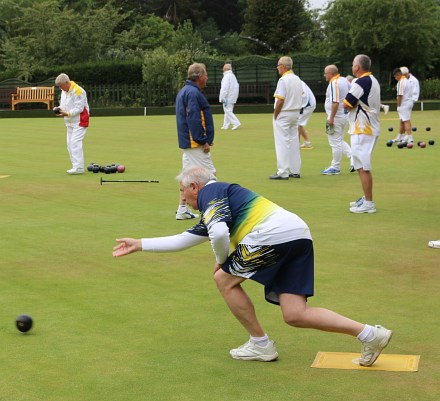 In previous years, elimination rounds were held beforehand, with the winning teams competing on Finals Day. This year, for the first time, shorter preliminary rounds and the finals all happened on the same day to encourage more teams to compete. The day was kicked off by the Mayor of Abingdon, Cllr Charlie Birks. 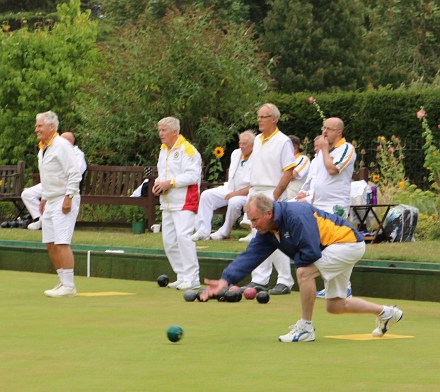 Multiple matches happened simultaneously, throughout the day, to determine who would go forward to the finals. 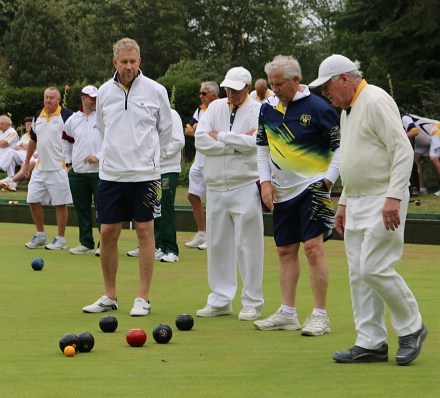 A smaller yellow ball, called the jack, is thrown first. The other balls are designed to follow a curving line, and the team with balls nearest the jack win the end.

It was windy day, with occasional showers and so I expect extra concentration was needed. 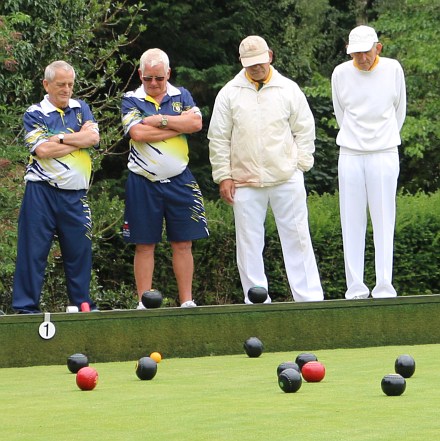 The Duchess of Sussex  (Meghan Markle) reportedly takes a interest in bowls so others may follow. Abingdon Bowling Club has details about how you can have a go. Friday afternoons / evenings sound the best time to try.