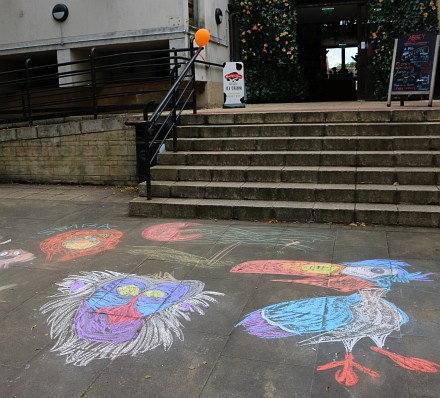 The launch of the Lion King happened yesterday, 19th July, and people look to have been having fun. When I walked by the  Abbey Cinema, at the Guildhall, there were giant jungle animals drawn in chalk outside. 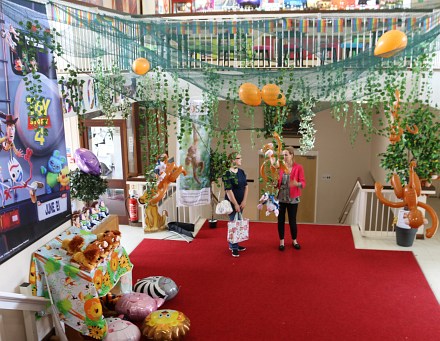 The foyer had been turned into a jungle with monkeys swinging from the netting. This 2019 film is aremake of the 1994 Lion King with clever computer animations.

2 thoughts on “Lion King at The Abbey”