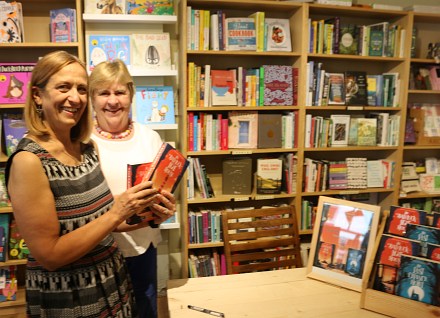 After the success of her bestselling first book, The Last Chance Hotel, Nicki Thornton was back at Mostly Books, on Saturday, signing copies of her second book –The Bad Luck Lighthouse. The book is a sequel and is part magic and part detective story. 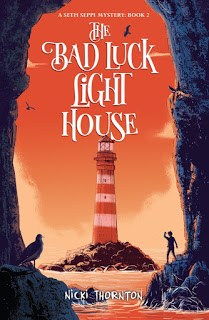 Nicki and Mark Thornton were previously the owners of Mostly Books. The first book came as a result of winning the Times/Chicken House Children’s Fiction Competition 2016.

If you look at Nicki’s blog you can see the first book has been translated into several languages including a Russian version.