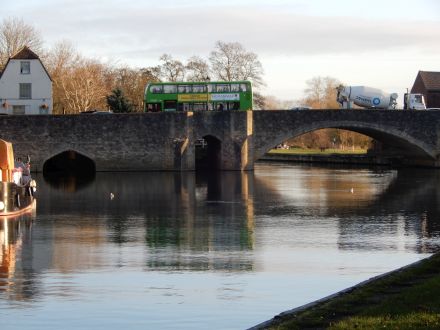 On the bridge over the River Thames in Abingdon, during morning rush hour, there was a green bus with a message of peace and goodwill from Muhammad, 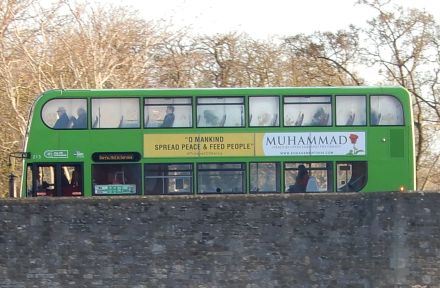 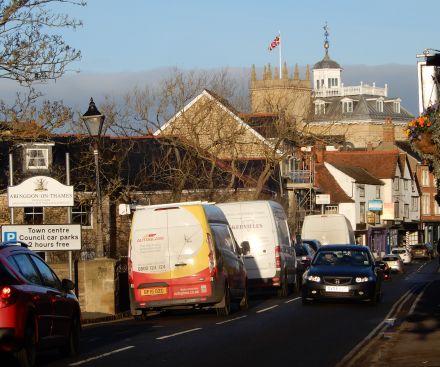 A little way behind was a Baskervilles van (fruit and veg from Radley Road, Abingdon), and an Autoglass van.