The day that began with rain was drying off by the time the Abingdon Christmas Extravaganza Parade, led by the Oxford Caledonian Pipes Band, marched round Abingdon town centre. The person the children wanted to see (as you can hear in this video above) was … ‘Santa! Santa!’ . 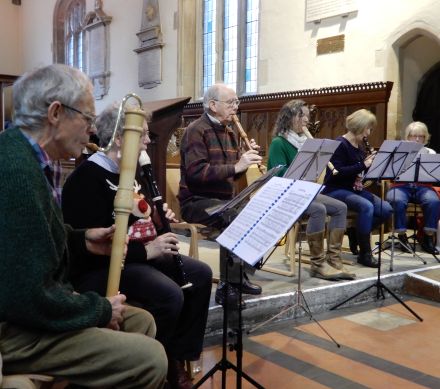 At St Nicolas Church throughout the day, there was music and stalls, and then from 4 p.m. Tom and Jerry cartoons at the high alter with popcorn. 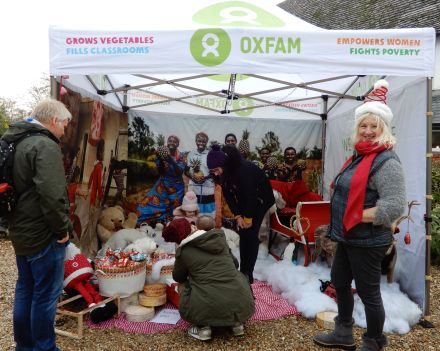 Outside St Ethelwold’s House, Oxfam has their own  grotto with a backdrop of projects they support, and a lucky dip with Santa’s sleigh and reindeer. Inside they also had lots of stalls. 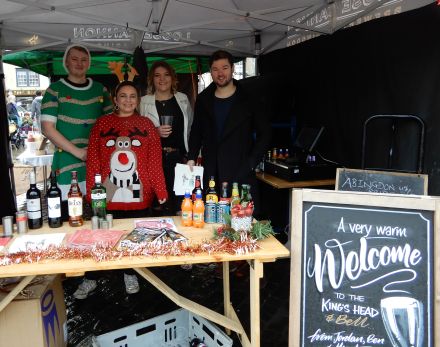 On the Market Place, after the parade, there was a lot going on and lots of stalls. 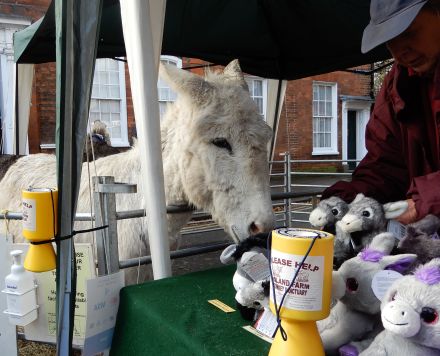 On Bath Street there were lots of stalls including the Island Farm Donkey Sanctuary, 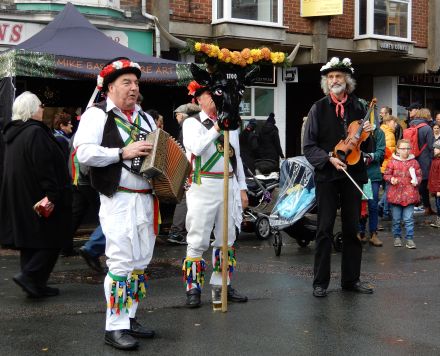 and a performance area featuring The Ox, dated 1700, that leads the Abingdon Traditional Morris Dancers. 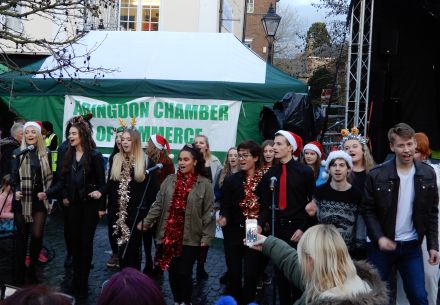 Performances also took place on the Market Place. The group pictured above are from Abingdon and Witney College who are putting on a pantomime. 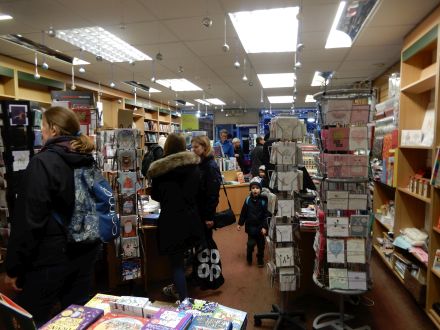 During the day people visited businesses in town. The event is organised by volunteers from Abingdon Chamber of Commerce, and so hopefully their members saw some benefit. 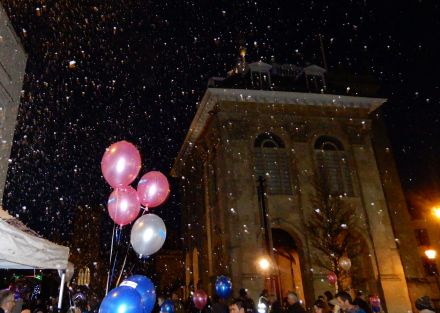 Later on in the day there was something that looked like snow spraying out of the upstairs window at Beacon and Beacon. 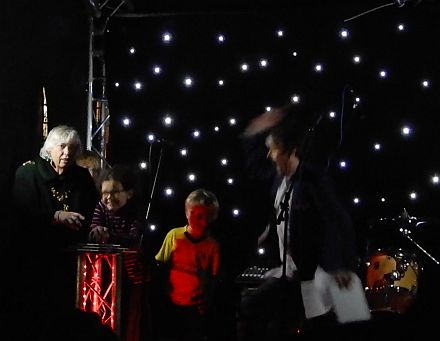 Then a young lady who had won the shop window competition pushed a big red button, 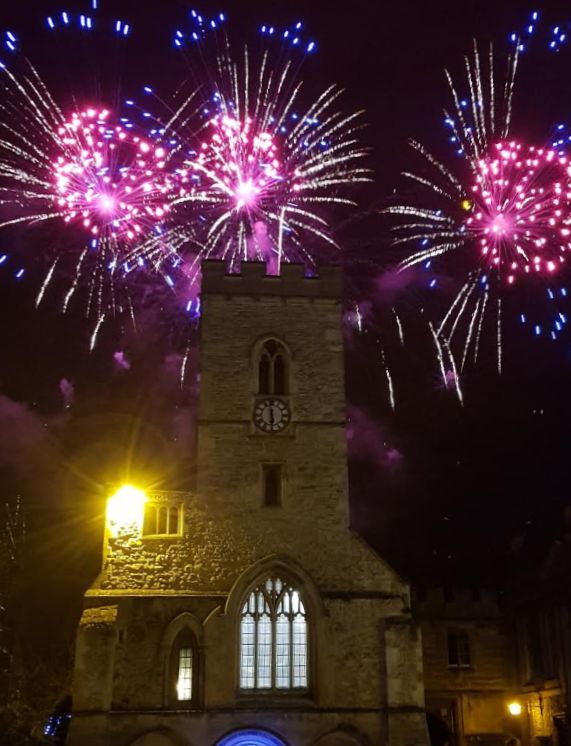 and the fireworks started, instantly. Thankyou to Julian for sending me this picture.

Not all the lights came on instantly but there were people working on them throughout the day so it was best endeavours.