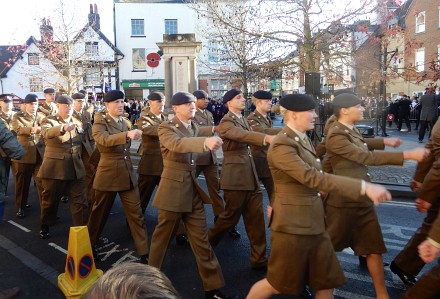 Many Abingdon people gathered round the war memorial in the sunshine, and along High Street to await the remembrance day parade. Abingdon Town Band led the parade from a service at St Helen’s Church to the war memorial. The parade included soldiers from Dalton Barracks. 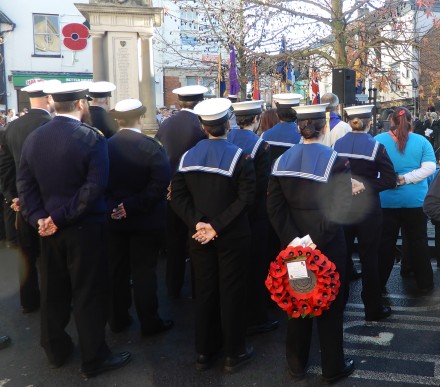 Uniformed groups, and civic organisations brought wreaths of poppies to lay at the war memorial.

Then at 11 am, one hundred years after the guns of WW1 became silent, Steve Rich read the exhortation “They shall not grow old, as we that are left grow old… we will remember them“. Alison Rich of Abingdon Town Band then played the last post (recording above). There followed a two minutes silence (to remember the fallen). 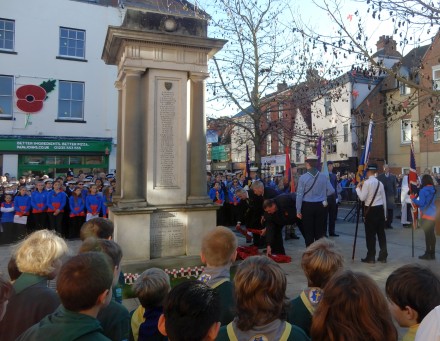 After Alison Rich sounded the Reveille, the band played and the crowd sang “Oh God our Help in Ages Past” as wreaths were put beside the memorial.

After the end of the ceremony, and after God save the Queen had been sung, civic dignitaries then went ahead to the County Hall to await the march by. 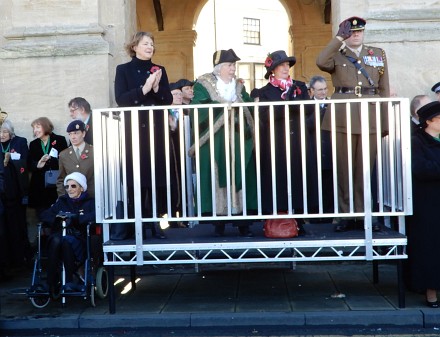 The Deputy Lord-Lieutenant of Oxfordshire, representing the Queen, (Mrs Felicity Dick), the Mayor of Abingdon-on-Thames (Councillor Margaret Crick), the town’s poppy appeal organiser (Clare Oldfield), and a senior officer from Dalton Barracks took the salute. To their left is 100 year old Ena Mitchell, from the war widows association. 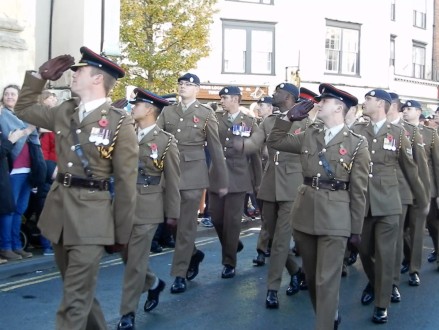 The march was led by Abingdon Town Band and soldiers from Dalton Barracks, 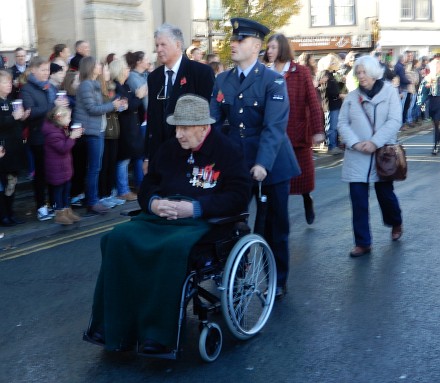 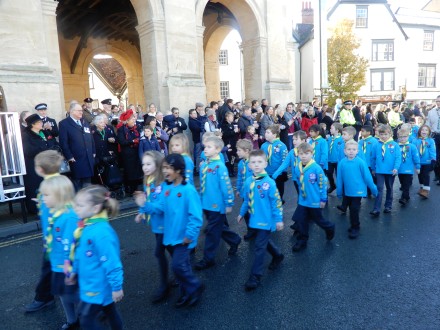 and uniformed groups and went on and on and on. It is a wonder they all fitted round the war memorial. 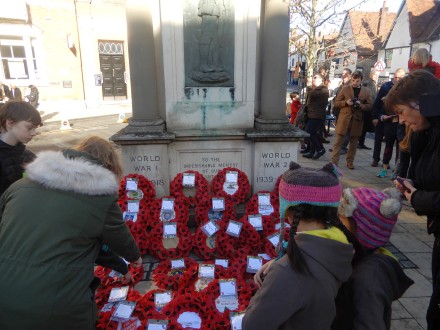 Back at the war memorial people looked at the wreaths, 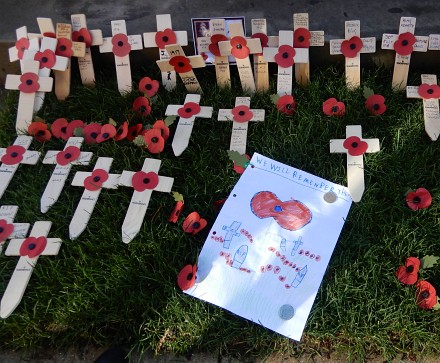 and left their own tributes.

The event was very well organised, and people along the High Street could hear what was going on through loud speakers.