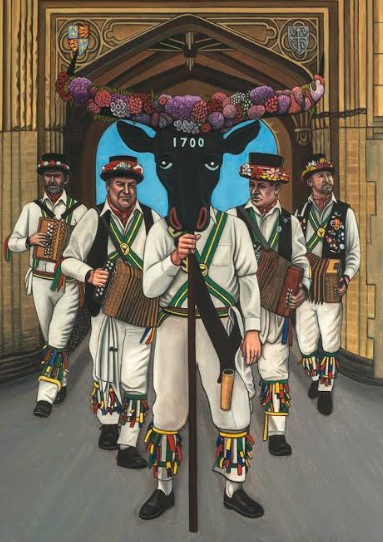 Last Year, on the Day of the Election of the Mayor of Ock Street, an artist called Ben Edge (website: www.benedge.co.uk) was taking lots of pictures of the event. He has now produced a painting based on the Day. 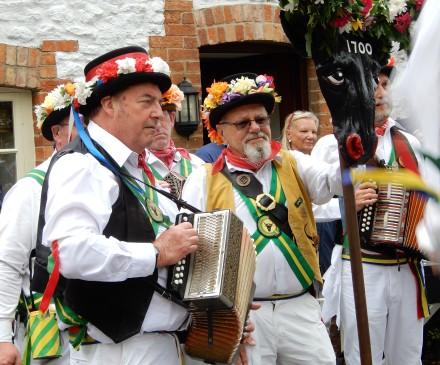 Last year was very hot. This year was cooler.

After dancing at locations along Ock Street and in the town centre, the Morris Dancers, and invited teams, rested for a much needed drink outside Pam’s House. Pam was supplying Free Beer to the Morris Dancers and their followers. In so doing Pam has inadvertently created the first Free House in Abingdon for many a long year. 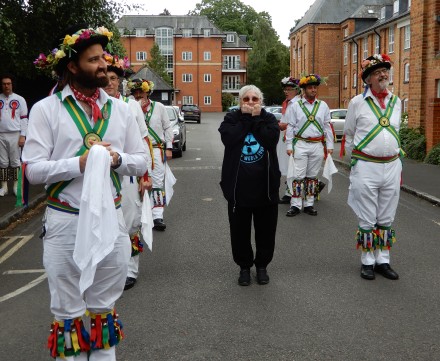 The Abingdon Traditional Morris Dancers then danced round Pam. 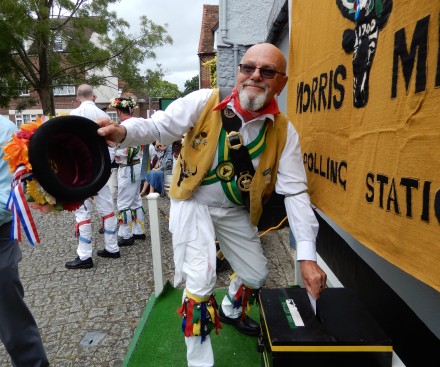 After Pam’s Dance it was back to the Brewery Tap where the ballot box had been all day. A few more votes were cast by the dancers. 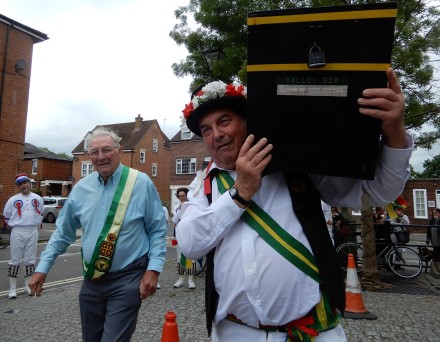 At 4pm the ballot box was carried, coffin-high, to the back room of the  Brewery Tap. 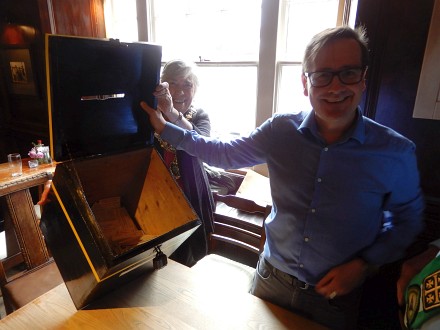 The Mayor  of Abingdon and Town Clerk were there to ensure all votes were fairly counted.

It was a close contest, and the Town Clerk asked that the votes were recounted to ensure there were no errors. Only 3 ballot papers had been spoiled this year. 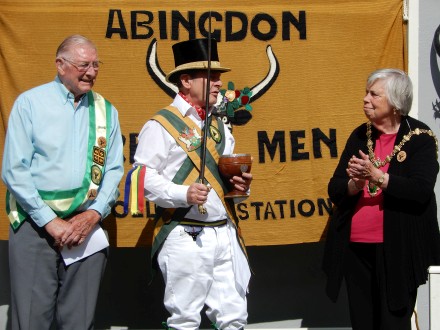 The President of the Abingdon Traditional Morris Dancers, Ewart Hemmings, announced the result, and the Mayor of Abingdon, Councillor Margaret Crick, presented the winner, MR HARRY KNIGHT, with the sash, the goblet, and the sword of office. 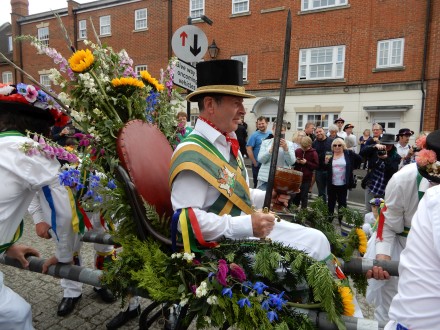 Mr Knight was then carried in processions along Ock Street by the Abingdon Traditional Morris Dancers.