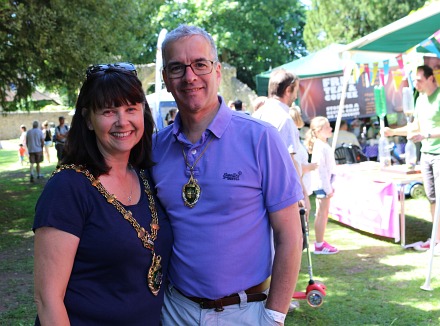 A lovely day for the annual Fun in the Park, and the Mayor of Abingdon-on-Thames, Jan Morter was to be seen going round talking to all the different groups taking part. 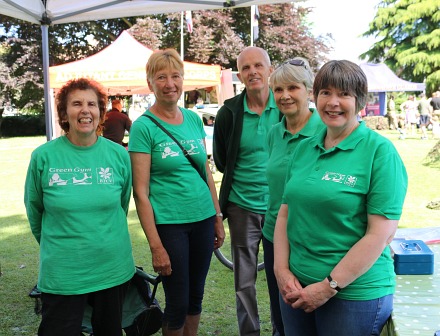 The Green Gym have a full programme of work this coming summer including a number of sessions battling Himalayan Balsam. They will even be joined by the Sonning Common Green Gym to tackle the Himalayan Balsam on the Ock Path – Tesco end – on June 24th. It was rife last year, and could take over Abingdon if left unchecked. 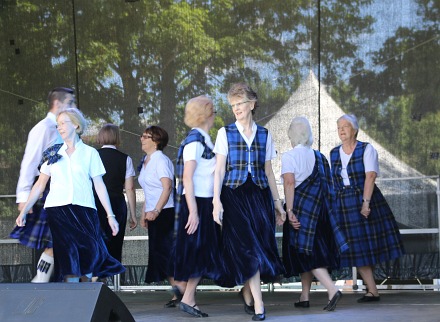 Abingdon Scottish Country Dancers were first up on the big stage – used by both Fun in the Park, and Music in the Park later. There is a very quick turn-around between the two events. 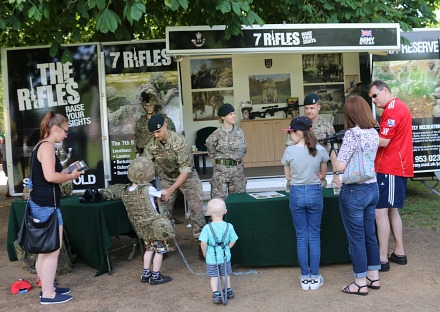 There were six or seven different army regiments represented with different stalls. 7 Rifles is a Rifles’ Reserve Infantry Battalion, based at the Edward Brooks Barracks in Abingdon. The Rifles were formed in 2007, partly from the Royal Berkshire Regiment – who had a long assocation with Abingdon, and were allowed the Freedom of Abingdon. 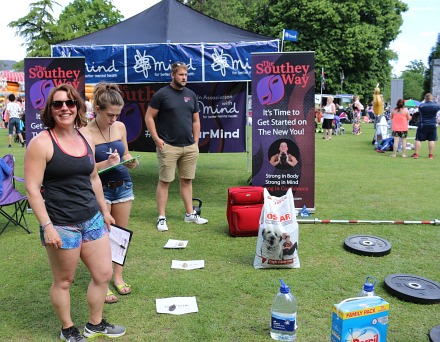 On the Mind Stall, people were being encouraged to lift gym weights, and their household equivalents in weight. It is part of the Southey Way, a fitness programme that helps you build a strong body and mind #LiftYourMind. 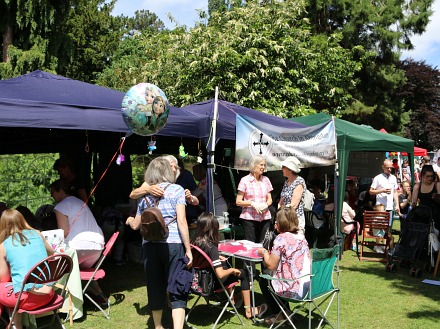 There were a number of gazebos strung together where the Church in Abingdon had art and craft, face painting, refreshments, and a prayer space. 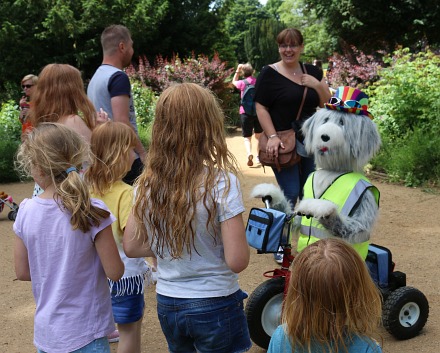 A dog on a tricycle amazed people with his witticisms on the way in and out of the event.

The event is organised by Abingdon-on-Thames Town Council, and there was a lot more on offer than featured here.