Trinity Church was full today for the funeral of Jean Jones. There were family and friends – including many dignitaries.

Jean had joined Trinity in 1949 and there were a lot of folk from Trinity there too – where she had been an elder for many years. A church elder is there to help and encourage others – something for which she had a great gift. 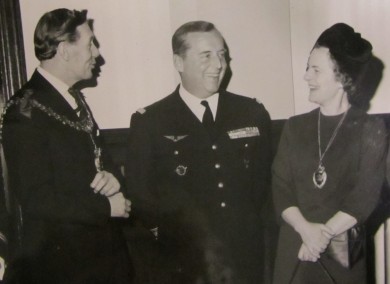 She is pictured above with her husband, John Jones, in 1967 when he was Mayor of Abingdon. He was one of Abingdon’s greats. He went on to lead the Vale of the White Horse District Council and became a freeman of the town. He was also a folk hero in our twin town Lucca – which he had entered as an allied soldier at the end of the war. His Italian involved adding a few Os and A’s to the end of English words, but beside him on visits was Jean the linguist – always a great support.