Thanks to Tony for this report … 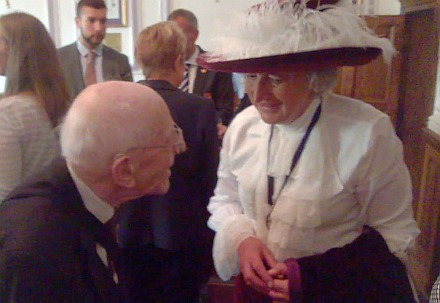 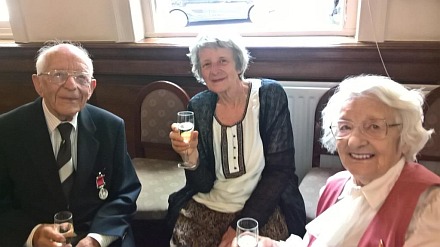 Dick Barnes is pictured with his British Empire Medal, with his wife Doreen (right) and daughter Ros Mennie.

Dick has served the church in Abingdon for more than 60 years, including 16 years as churchwarden. He led Morning Prayer at St Nic’s every Friday for 15 years. He was active in the Abingdon Archaeological and Historical Society, and was Secretary of the Friends of Abingdon. In 2008 Dick received the Berkshire Local History Association’s Judith Hunter prize for his extensive research into the long gone Fitzharris Manor.

Dick launched the village newspaper “Drayton Chronicle” in 1972, and more recently he was a member of the research team who produced the interpretative posterboards now on view at strategic sites around the town.

Equally worthy of recognition would have been Dick’s work on early pioneering computers, including the world’s oldest computer still in regular use. In 2012 he attended the launch at the National Museum of Computing at Bletchley Park of the refurbished “Witch”, now billed as the world’s oldest working computer. He is the only one still alive of the three scientists who built it.

Dick’s wife Doreen deserves honours in her own right for her years of work for the Citizens Advice Bureau. 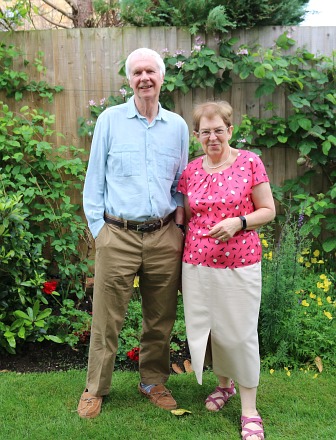 Tony and Mary de Vere moved from Abingdon today. They had a big impact on Abingdon life over the last forty years. They originally lived in Peachcroft and Tony has remained active in supporting the Community Association as its President. He was also a governor at John Mason School for over 12 years, and Leader of the District Council from 2008 to 2011. 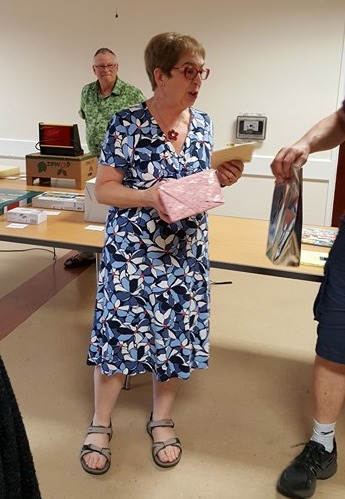 Last Tuesday Mary was awarded with a gift after serving on the committee at Preston Road Community Centre for 22 years. She also served as a school governor at Thameside for nearly as long, and also served as an executive member of the District Council. During their time they oversaw the introduction of wheelie bins, and helped start up the Foyer for young people.

They will also be missed at All Saints Church where they did a lot, and the Drayton Road allotment association.

They are moving to Wakefield to make it easier to care for an elderly parent. Mary said the recycling rate is not that high in Wakefield so she will see what can be done.

Thanks to Clare for this … 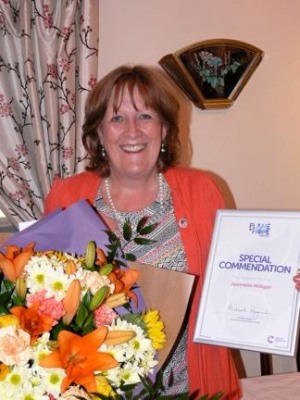 Jeannette has volunteered at the shop for eight years, taking on responsibility for everything from checking jigsaws and sorting stock and is now its jewellery specialist. She has raised thousand of pounds for the charity, taking part in a trek along the Great Wall of China and last year joining a team cycling 100 miles on a spinner bike in the Abingdon shop window.

Louise Kieft, co-manager, said: “Jeannette has been unfortunate to lose some very close friends to cancer and as a result has become more passionate to our cause, raising our profile and funds wherever she can.” 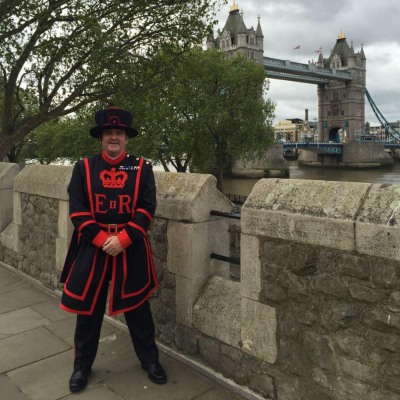 Spike Abbott has moved from Abingdon to become the newest member of the Body of Yeoman Warders at HM Tower of London. 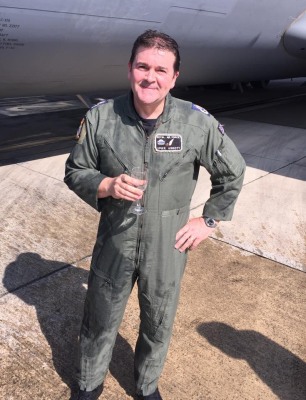 Before becoming a Yeoman Warder, Spike served for 35 years with the RAF, and is pictured above at his leaving event.

He was often to be seen at Civic Events in Abingdon – such as Remembrance Day and Freedom Ceremonies. A condition for becoming a Yeoman Warder – popularly known as a Beefeater – is to serve for at least 22 years with HM armed forces.

Spike lived in Abingdon from 1981, and his wife is here in Abingdon for a few months more. I think she still volunteers at Abingdon County Hall Museum.