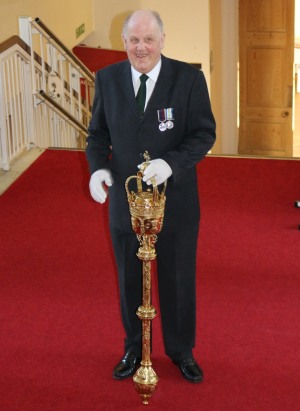 There was a changing of the Guard at the Guildhall this evening. Malcolm Hill carried the Mace into the Mayor Making Ceremony for the final time this evening – having held the Office of Honorary Macebearer since 2003. 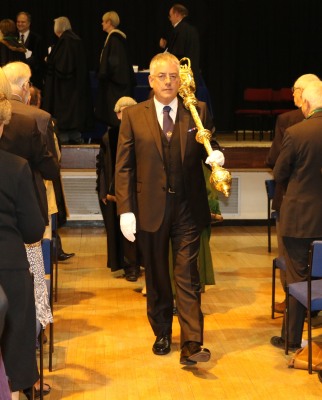 Nigel Luker became the new Honorary Macebearer and carried the Mace out of the Ceremony. 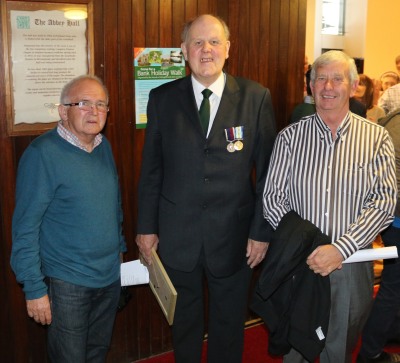 Malcolm is seen here after the ceremony. He was presented with a certificate by the outgoing Mayor, Angela Lawrence.

Angela commented that the position of school governor is a far more demanding role these days. Governors are held to account for how their school is performing, and need to come to grips with all kinds of data. 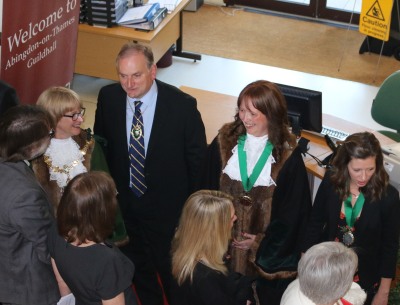 The incoming Mayor is Helen Pighills, 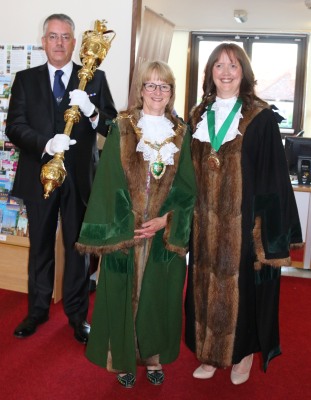 and her deputy is Alice Badcock.

The new town council also had quite a few different faces.

2 thoughts on “Mayor Making – Changing of the Guard”