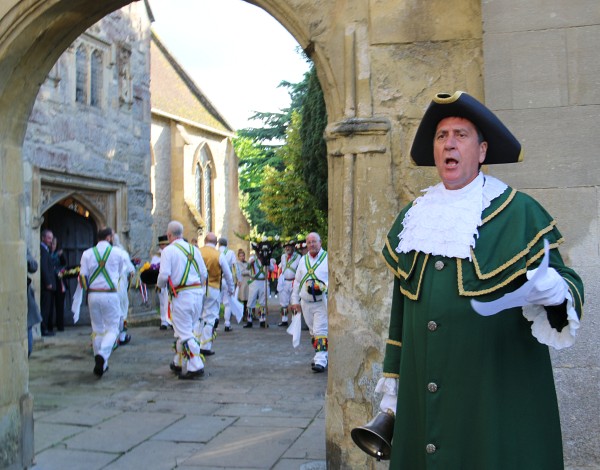 At St Helen’s Church this evening, the Town Crier invited members of the public to the annual mayor making ceremony. 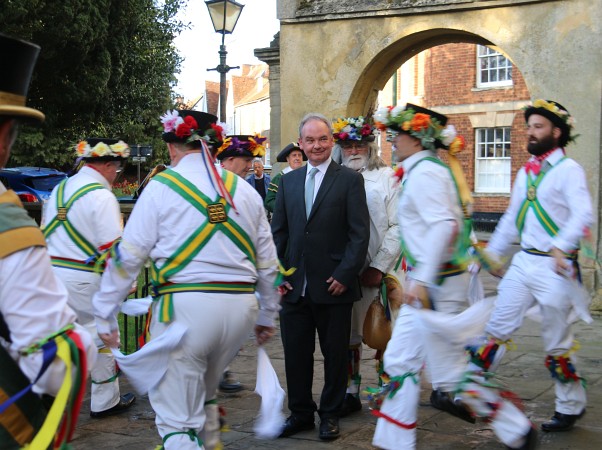 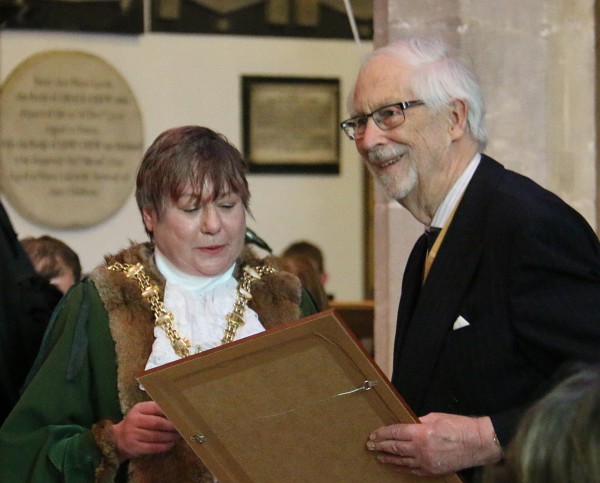 One of Councillor Cheryl Briggs last duties, as mayor, was to present Mr Michael Matthews, Freeman of Abingdon and past Abingdon Mayor, with the honorary citizenship of Lucca, Italy – Abingdon’s twin town. This is for Mr Matthews’s work over the years in bringing together our communities.

Cheryl also presented the first annual Biodiversity Awards to various people, and the mayor’s awards for services to the community to Rita Atkinson MBE for work with the charity Abingdon Damascus and the Abingdon Carbon Cutters for their work over the years. 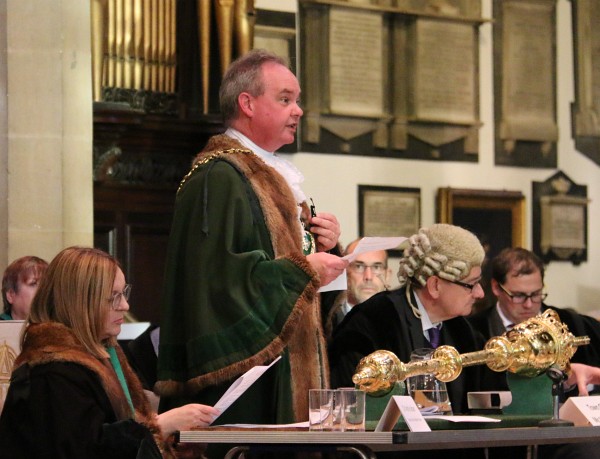 The new Mayor, Andy Foulsham, has lived in Abingdon for over twenty years and works for Oxford University as an IT manager. He is a governor at Woodeaton Manor School – a Special Educational Needs (SEN) school near Oxford. He has a particular interest in education and is passionate about ensuring that all children and young people have the best opportunities. His charities for the coming year are The Archway Foundation (connects people experiencing loneliness) and Yellow Submarine (autism and learning disability). He has also chosen a theme for the year ‘belonging’. 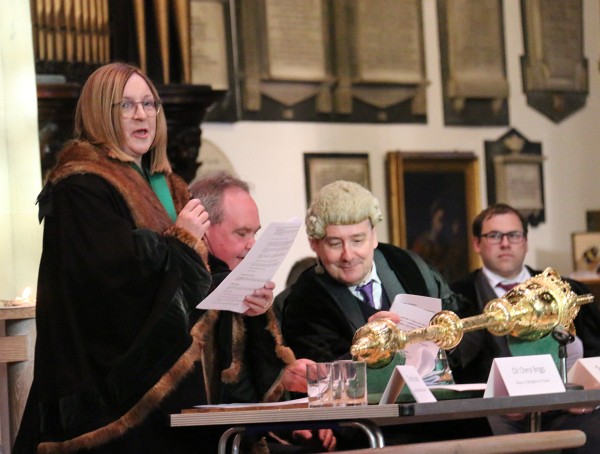 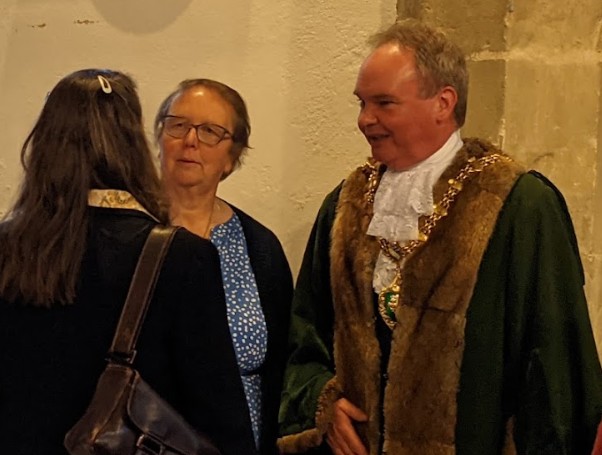 After the ceremony, members of the public could meet the new Mayor and Deputy Mayor and their partners. 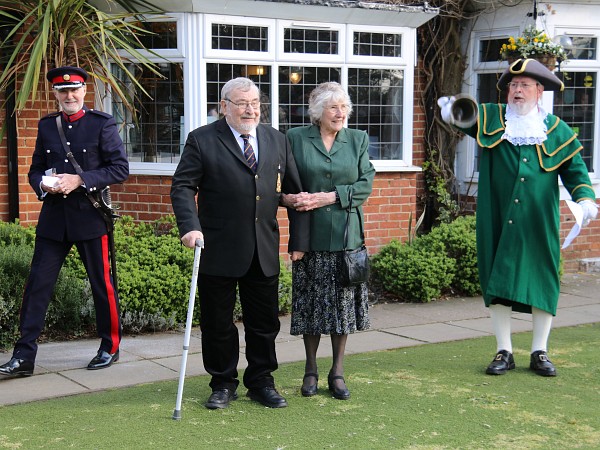 There was a special presentation this afternoon at the Boundary House in Abingdon when the Town Crier called everybody together, and then the Vice Lord-Lieutenant of Oxfordshire, Brian Buchan, read a full citation for both Rodney and Rosalie James. They were both recognised individually in the New Year Honours List of 2021. 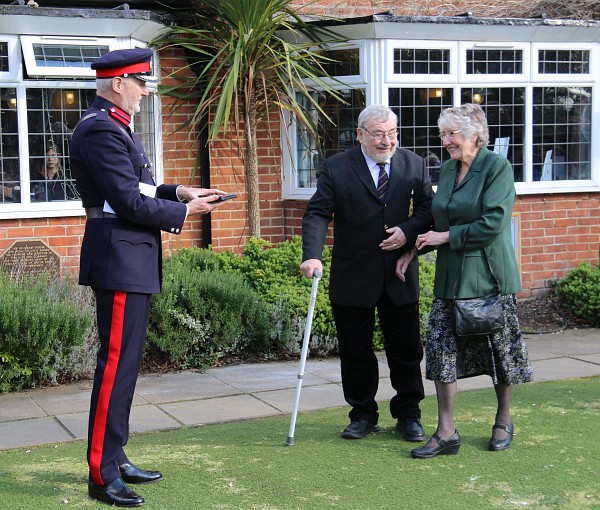 Today was the day they were both presented with a M.B.E for fostering over 400 children and providing them with a stable home. The citation said ‘They treat every child as unique and they tailor parenting to meet individual needs.’ 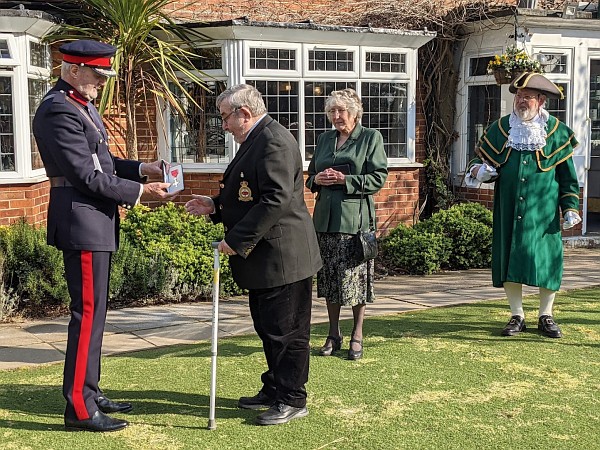 Not only have they fostered and helped the children in their care to achieve better outcomes educationally than is usual for foster children, they have also helped recruit and train more foster parents. Rod and Rosalie are now in their eighties and finished fostering before the award was made. 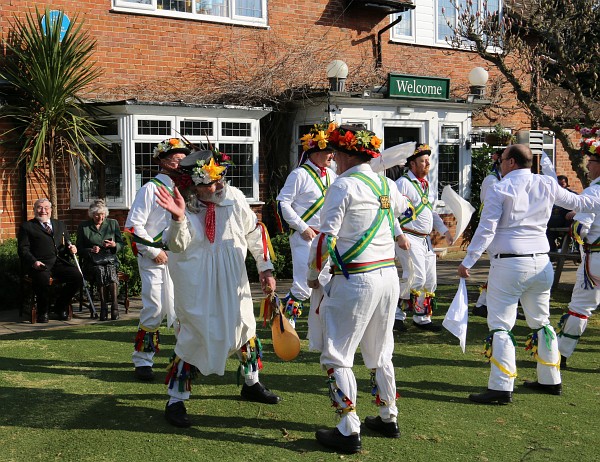 Rod is also well known for his long association with the Abingdon Traditional Morris Dancers, who were there to dance for the MBEs.

The Oxford Mail had an article about them soon after the award was announced. 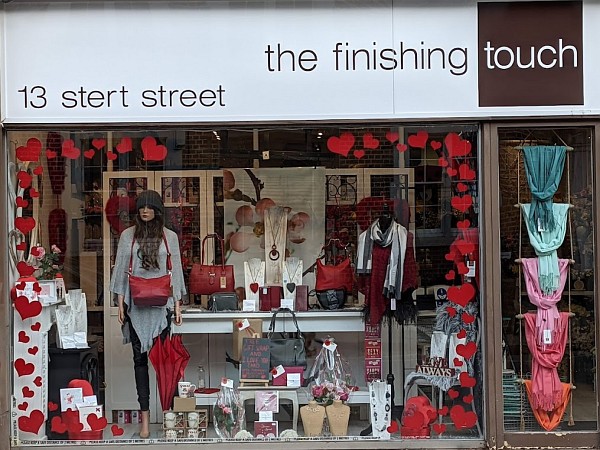 If St Valentine was to look down at Abingdon’s Shop windows and see all the hearts and love greetings he would be surprised that this is all carried out in his name. 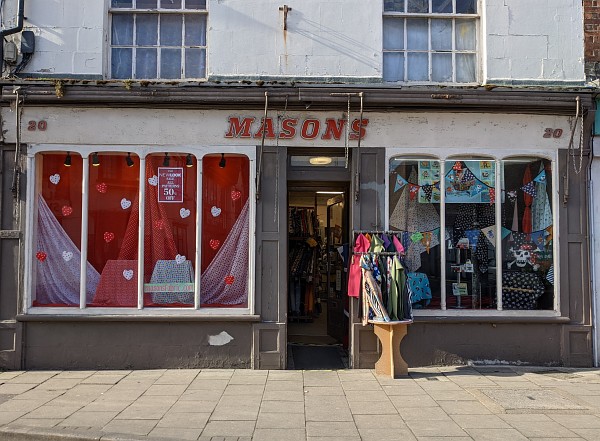 Looking on Wikipedia there are one or two St Valentines whose feast day is the 14th February. One was the martyr – St Valentine of Rome. One story I read is that there were pagan feasts where the names of young women were put into a box, from which they were drawn by the men by chance. The church was said to have appropriated the custom and associated it with 14th February, St Valentine’s Day. Maybe? Maybe not? 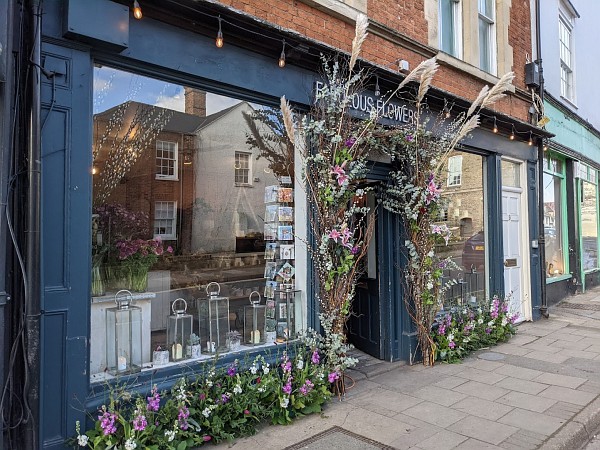 Another story has  Geoffrey Chaucer’s as the founder. In the 14th century poem the Parliament of Fowls, a group of birds get together on ‘seynt valentynes day’ – to choose their mates. 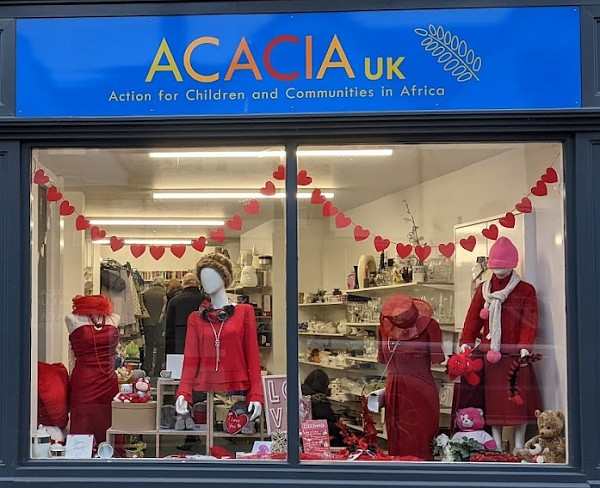 Now the practice is a good commercial opportunity for shop keepers between Christmas and Mothers Day, and gives people the chance to show off their love. 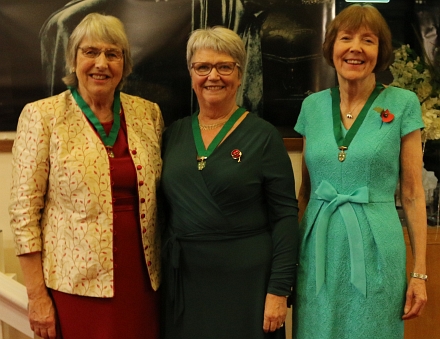 At a ceremony this evening, Lesley Legge, Marilyn Badcock, and Julie Mayhew-Archer were made Honorary Freewomen of the Town of Abingdon.

and the Abingdon Traditional Morris Dancers. This is only the second time they have danced together. 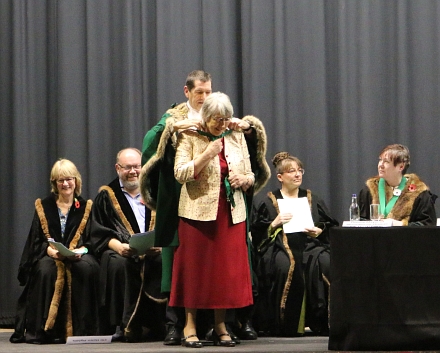 The ceremony took the form of a council meeting on stage in the Abbey Hall.

Two people gave speeches saying why the ladies should be given the highest honour Abingdon Town has to give. Each recipient made a declaration of office, and was given a medal and scroll by the Mayor of Abingdon. 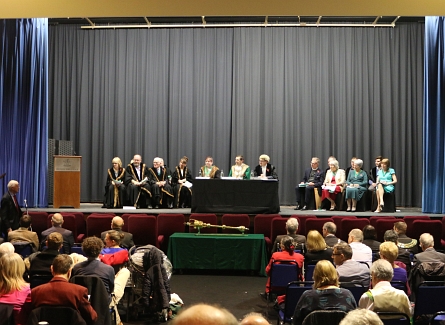 Sir Hugo Brunner, Freeman of the Town, then welcomed Lesley, Marilyn, and Julie to the Freedom of Abingdon. 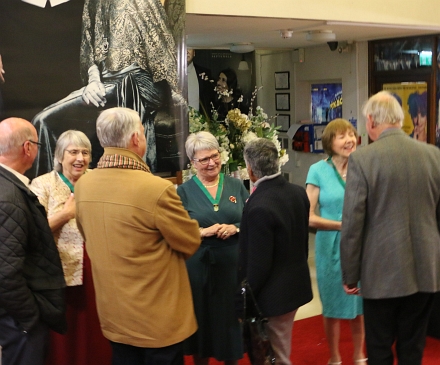 After the ceremony people shook hands with the Freewomen.

All three have served on the town council and other councils. They have all been Mayor, and been very active in community groups. Reverend Charles Miller who led the opening and the closing prayers at the ceremony said their service to the community is an example to us all.