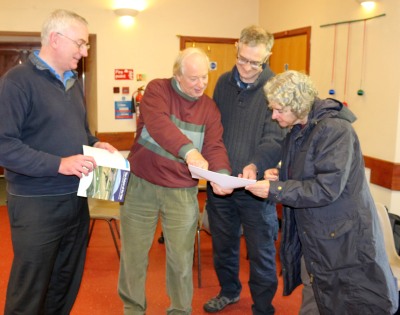 At Long Furlong Community Centre on Saturday morning, at the same time as the 24 hour carols, there was the second of 2 drop in sessions to give local residents a chance to talk to members of NALPG.

They are opposing the Vale of White Horse (VWHDC) Local Plan 2031 because:

The 2031 plan has been approved by VWHDC, and now goes to the independent planning inspectorate. The plan can still at this late stage be changed – if demonstrated to be not ‘sound’ or not meeting legal requirements, which is why NALPG want people to comment. 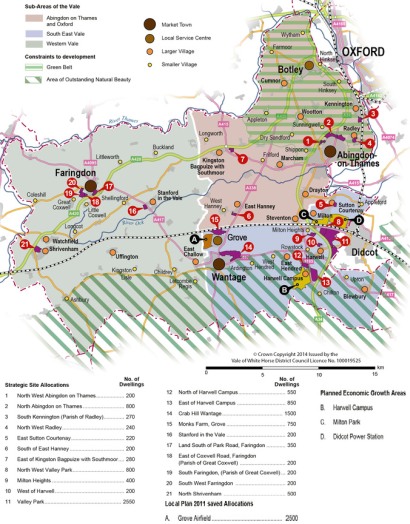 Information is also available on their website to help people to comment. The deadline for comments is 19th Dec 2014 at 4:30pm.

NALPG members told me that these plans do not just effect North Abingdon. The plans could have a considerable effect on traffic and air quality in central and south Abingdon.

If VWHDC are NOT successful in securing the A34 full diamond interchange at Lodge Hill – a big unknown at this stage, then the peripheral road will become more like an estate road with roundabouts and crossings – possibly 30 MPH. It is anticipated that a lot of the new jobs will be to the south of Abingdon in places like Harwell, and Milton Park. That will result in more traffic heading from the new houses round the peripheral road, stopping traffic getting to the A34 from central and south Abingdon – making congestion and air quality worse all round.

The big question is where would the houses go if not on the Green Belt – close to North Abingdon.