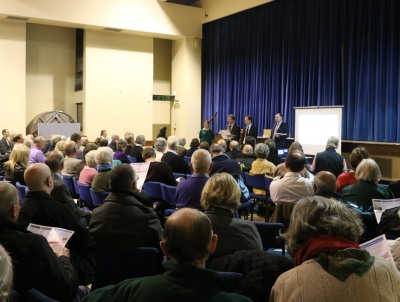 There was a public meeting in the Guildhall in Abingdon this evening to hear about the ‘Future of the Vale’ draft local plan to 2031. The presentation involved initially an expanation of two leaflets you may have seen:
1. The Future of the Vale
2. Supporting growth in the Vale. 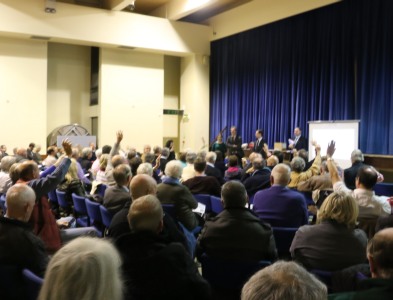 After that a lot of people had questions.

One major concern was the loss of Green Belt from Abingdon and villages near Oxford. The panel said the green belt had not been reviewed for a long time and some of the green belt did not meet all 5 green belt criteria. They went on to say that Oxford is looking to reduce the green belt even further on the other side.

Somebody from Kennington was worried about that the ribboning of Kennington being accentuated by the new plan.

The good people of Appleton and Cumnor had got the ‘The Future of The Vale’ leaflet through their doors, They also recently took part in a separate consultation about removal of land from the green belt. It ended in complete confusion. 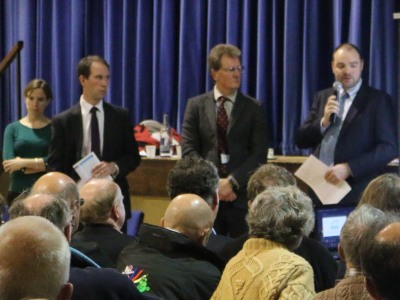 Traffic was a problem for people living off the Dunmore Road where 800 more houses are planned the other side. Already they can’t get out of Boulter Drive and Alexander Close in the morning. A recent safety change to the Wootton Road roundabout created a further new pinch point. One person said that the new developments would add roundabouts, and pedestrian crossings, and bring the road to a standstill.

Somebody else said, about Twelve Acre Drive, where 200 houses are planned, that the selling of land from Peachcroft Farm could result in no local Turkeys or Geese at Christmas.

The one big road improvement that could be allowed by all this development is a full diamond interchange onto the A34 at Lodge Hill. It could be funded by what is called the Community Infrastructure Levy (CIL) – so long as the council officers are successful in getting grants from central government as well, and get Highway Agency approval.

CIL is a levy on land which developers pay that goes towards infrastructure. 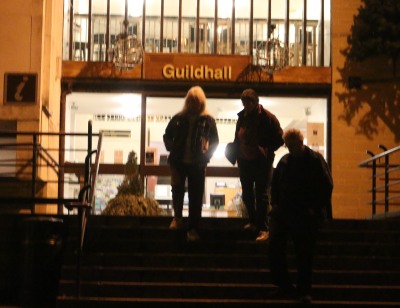 Most people left the Guildhall more dazed and confused than they had entered. They had been told they could now take part in three different public consultations:

1. Draft Local Plan to the Secretary of State. Whether to keep green belt or not etc.
2. How CIL should be spent.  A34 and Primary School and what else would a local community need? To be considered by VWHDC officers.
3. Vale Design Guide, How future developments in your area will look. To be considered by VWHDC officers. Should all new Abingdon houses have traditional gables?

6 thoughts on “‘Future of the Vale’ Consultation meeting in Town”