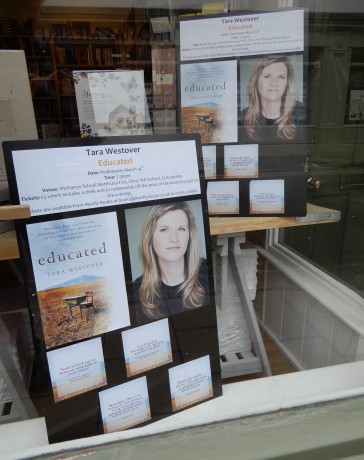 Mostly Books, under new ownership, continues the tradition of bringing interesting writers to talk about their books. On 14th March, Tara Westover will be coming to Abingdon to talk about her recently published book, Educated.

Tara grew up in the hills of Idaho, with a father who spent his time preparing for the end of the world, a mother who worked as an unqualified midwife to the women of the community, and a brace of brothers and sisters, almost unknown to the authorities. Their father kept them out of school and hospital, stock-piling peaches as a family of survivalists who would outlive the end of civilisation.

She didn’t set foot in a classroom before the age of 17 and yet, with a great zest for learning, by 27 had earned a PhD from Cambridge University. Tara’s book Educated tells her story. 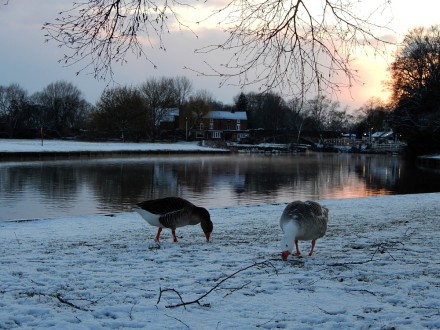 There was snow this afternoon as February 2018 ended with a cold spell. The geese managed to find the grass through the snow… 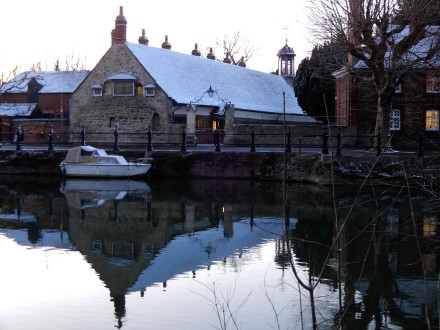 and the river was as still as a millpond with clear reflections.

Here is a short slideshow of Abingdon during February 2018. Some pictures have not been seen before. If anybody has some music, made or played in Abingdon, that I could use without copyright issues please let me know. 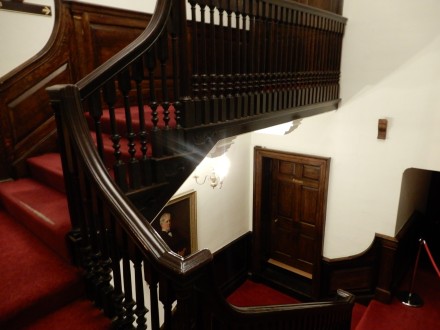 The leader of the council, Councillor Mike Badcock, thanked those who had come to the Finance and General Purposes meeting on such an inclement evening. Snow like tiny polystyrene balls was being blown about on the road outside.

Councillor Mike Badcock also said it was nice to be back in the splendid Council Chamber. We got there by way of the staircase that some people have been trying to protect from the Town Council’s plans to install a lift. There were lots of empty chairs with only seven members of public in attendance in the Council Chamber.

Before the meeting proper, Hester raised a couple of points about the short term use of the Abbey Hall, and Jim Halliday asked for a breakdown on what had been spent in capital costs of the £1.2m dowry that came with the Guildhall.

Then we came to questions raised at the previous Finance and General Purposes meeting. The leader said that the replacement Ock Bridge would be coming on 23rd March, and installed the week after that – weather permitting. In answer to the question about the BID (Business Improvement District) which some traders have not been happy about and asked the Town Council to facilitate a meeting, we were told (and I hope my hearing is correct) that the management company running the BID had handed in their notice, and there would be a meeting with the district council later this week to discuss matters. He also announced a Bun Throwing ceremony to commemorate the end of WWI on Saturday November 10th.

The committee then considered the answers given to about half of the questions from the public meetings. The Guildhall Committee will consider those more appropriate to their committee on Thursday. When all are approved they will be formally published on the Town Council web site.

The committee then considered the architect’s report on reopening the Abbey Hall – in the short term. There were outstanding questions about whether all the works quoted as a minimum were essential. So when that has been discussed, and the agreed minimum cost clarified, the report will go to the Regal Evesham who can decide whether to move forward to a formal offer on using the Abbey Hall. There are also other short term possibilities for the hall such as the internal market suggested by one member of the public, and previous users such a ADFAS returning.

Anyway, I had to leave at that point… 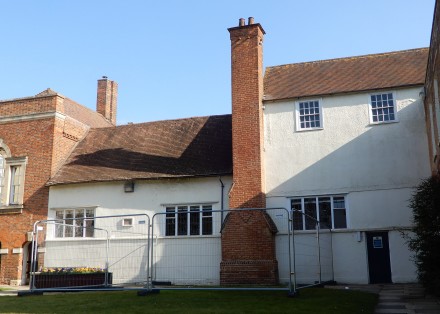 There will be a meeting of the Town Council Finance and General Purposes Committee on Monday 26th February at 7pm – probably in the Council Chamber.

The meeting will not be in the Roysse Room as there are problems with the chimney. A protective barrier has been put round it as some pieces have fallen down, and so a survey is needed to check it’s safety. The council don’t want the chimney falling through the roof with people inside. 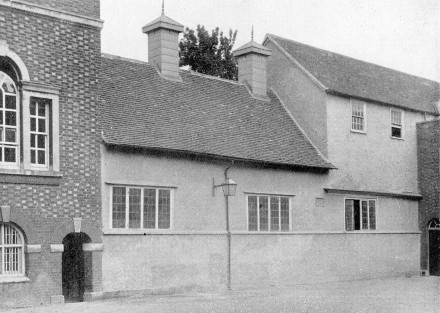 The chimney was not there when the Roysse Room was part of Abingdon School. It must have been added when the Abingdon Borough Council took it over in the alterations made by Arthur Preston. (1872 Image © William H Hooke. All Rights Reserved). 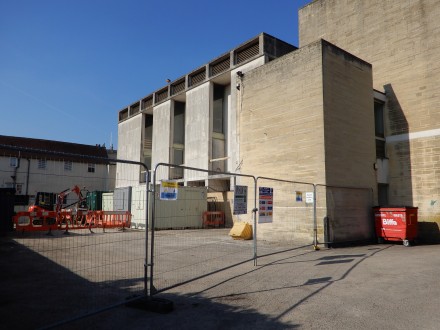 Other work is progressing well. The ramp has been removed from the back of the Abbey Hall.

From discussion with the County and District Council on the potential for a community hub in, or instead of, the Abbey Hall, there is a provisional timescale:
Summer 2018 – consider options
Spring 2019 – feasibility study,
Autumn 2019 – planning application
Spring / Summer 2010 – building work starts. Completion depends on the amount of work involved.

The meeting will also consider the proposal by the Regal Evesham to show films at the Abbey Hall in the short term, and other short term options. Short term could be 1 or 2 years.

Then there is a report by Ridge the architects about the state of the Abbey Hall and the feasibility of bringing it back into use in the short term, and what works will need doing and their costs.

The agenda for the meeting, and one later in the week for the Guildhall Committee, can be on the Town Council website.