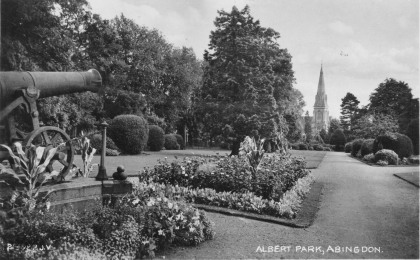 I have this old Valentine Post Card showing a cannon in Albert Park facing Trinity Church – a line of site that is nowadays obscured by bushes and trees. I think somebody said the cannon got melted down during WWII along with a lot of railings round the church. 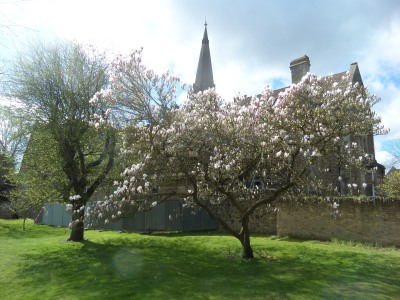 Looking across the Abingdon School playing field, a magnolia partly hides the church and Trinity House, next door, which now has a new two storey extension and is being sympathetically refurbished. 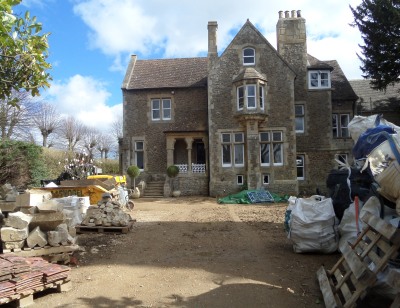 According to D.B.Tranter’s History of Trinity, John Creemer Clarke ( a founding member of Trinity, clothing manufacturer, and MP) bought Trinity House on a nine-hundred year lease in 1873 for use as a church manse, and when he died it was given in trust to the Church and served as manse until the 1970s.

From that time it has been a private home, unlike a lot of the large houses round Albert Park which are too big for modern families. 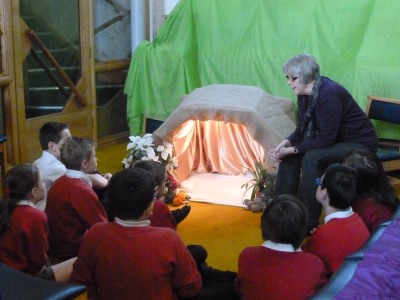 Half way through Lent, and Trinity Church was open from Thursday to Saturday for Experience Easter. Over 400 primary-school children and adults attended, making a total of over 2000 visitors since TrinityLearning started the event in 2010. 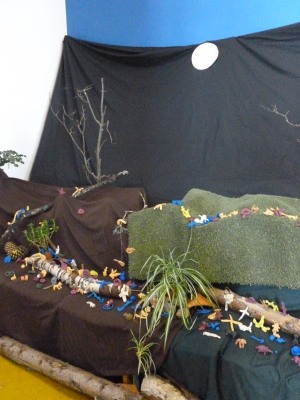 In The Garden of Gethsemane, children created animals from cold, hard clay 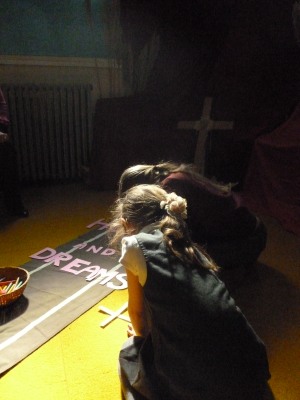 Two girls writing their hopes and dreams on palm crosses.

Trinity Church was transformed for the event. There were six tableaux round a labyrinth, and 20 volunteers from 5 Abingdon churches helping.

Yesterday, throughout the day, there was the Visualise Show in the Guildhall, and Science on the Market Place as part of ATOM (Abingdon’s first Science festival). 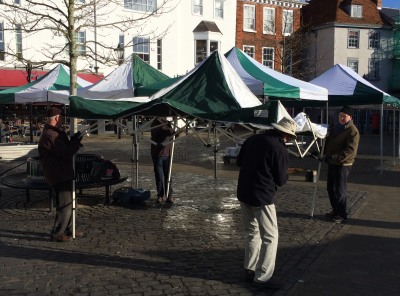 The day began early for some, and Iain emailed me this picture asking “How many particle physicists does it take to erect a gazebo?” 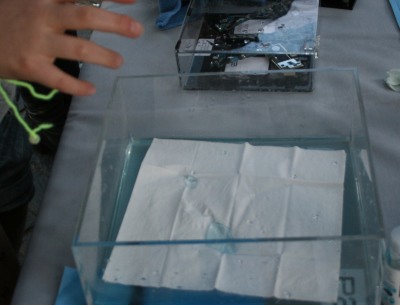 His children liked the stall where you dip a tissue into water and it comes out dry – but were not sure if it was science or magic. 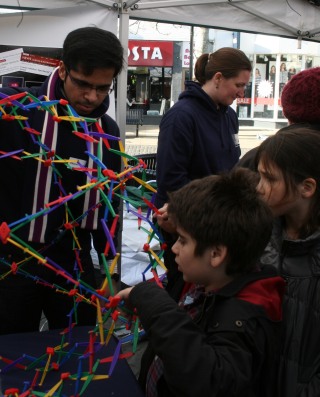 There was lots more to inspire curiosity and wonder in children, 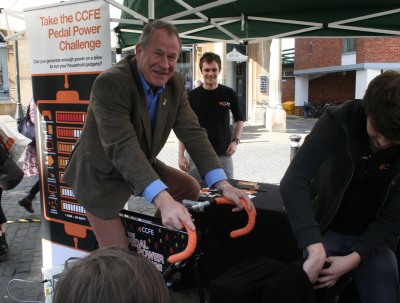 and amaze adults. This is Steve King generating enough pedal power to run a computer and monitor. 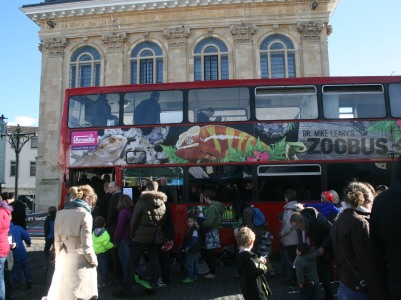 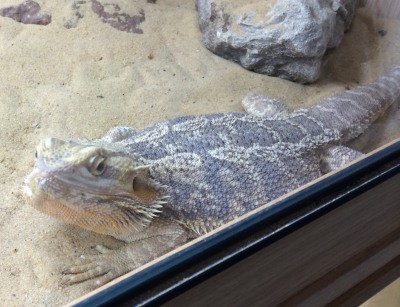 and had queues all day to see the creatures and hear the enthusiastic Dr Leary and helpers. 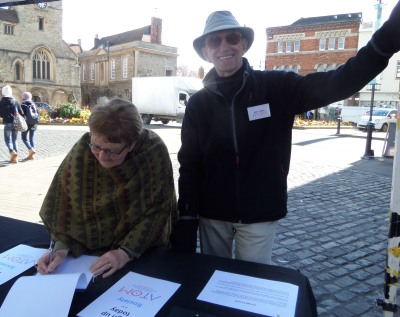 Who would have thought that Science would be such hit in Abingdon (the oldest town in the kingdom)?

The idea for these Science events came from James White (pictured) who when he stood down as chair of the Choose Abingdon Partnership, two years ago, thought that creating a Science Festival in Abingdon would be good for the town. He was signing up new Atom Members all weekend. 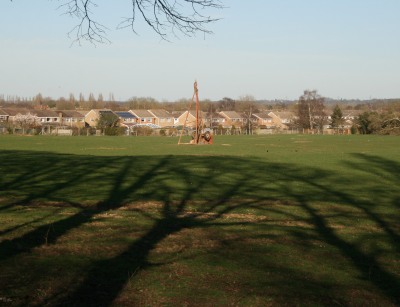 Plans for 159 houses in a field south of Abingdon was rejected by the VWHDC (Vale of White Horse District Council) Planning department without even going to committee. The plans were then allowed on appeal by an external inspector so long as some pedestrian traffic lights were installed on Marcham Road and Ock Street, so that traffic in South Abingdon would be no worse than before the houses.

The responses to a consultation on those traffic lights are to be considered at a meeting of the county council’s cabinet member for environment on March 27. The consultation received 125 responses, mostly objections and concerns. The Town Council has objected but not VWHDC. 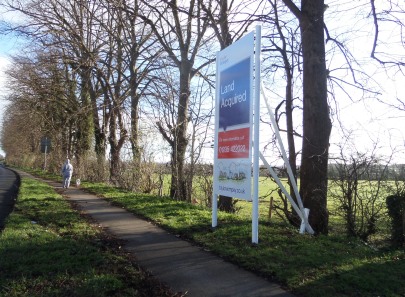 A new sign has already gone up in front of the field suggesting that the land has now been acquired by the developer who will actually build those houses. Hallam, the company who got the rights to build, are presumably just a specialist is getting planning permission. 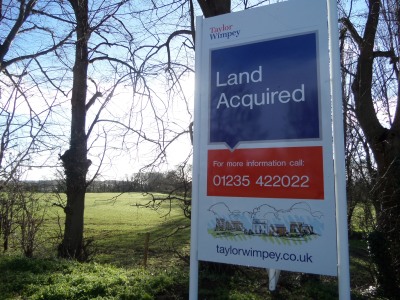 It is still for County Councillors to decide, so have Taylor Wimpey jumped the gun?

P.S. VWHDC did object but it did not get into the report. Mindful of the VWHDC objections, The Oxfordshire County Council Cabinet member considered the matter and then indicated that he was minded to reject the application for the lights.