This blog has already mentioned the changes at Outdoor Traders who opened a Bike Shop where Braggs used to be. There has been a lot more shop changes in May … 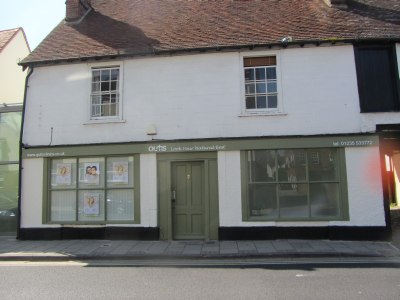 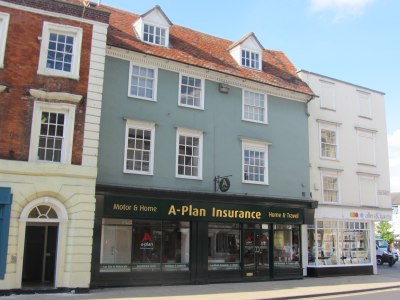 A-Plan Insurance are at 3 High Street, 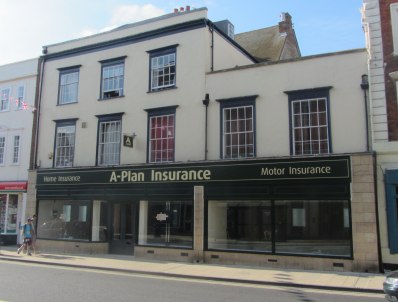 but they are just about to move into larger premises at 7-9 High Street (previously the 9TP shop and before that Modern Music). 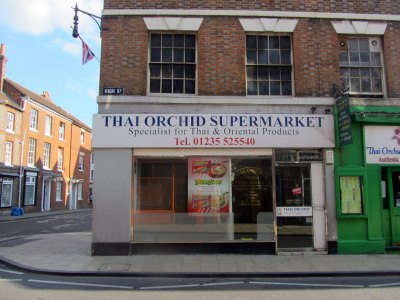 The Thai Orchid Supermarket looks to have closed. The restaurant upstairs is still going. 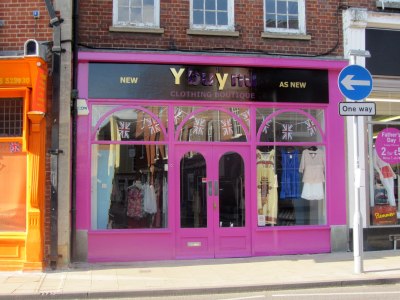 Over the road Ybuynu opened a clothing boutique where the Mobile Phone Shop used to be. Their first day was Monday. 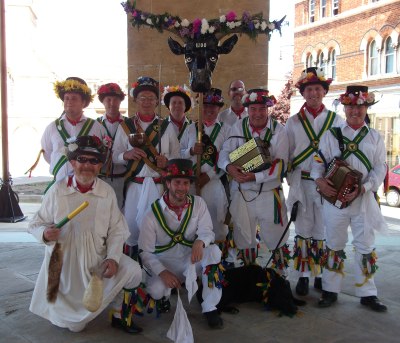 Abingdon Traditional Morris Dancers decided that now the fencing has gone from around most of the Old County Hall that it would be good to celebrate the occasion by processing and dancing on the newly relaid diagonal york paving. 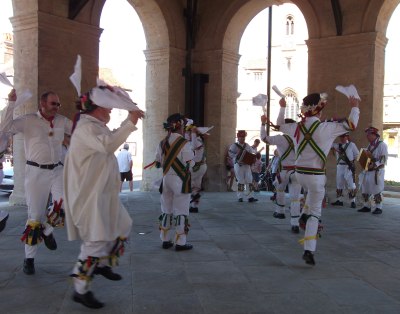 A few passers by stopped to enjoy the unexpected entertainment. 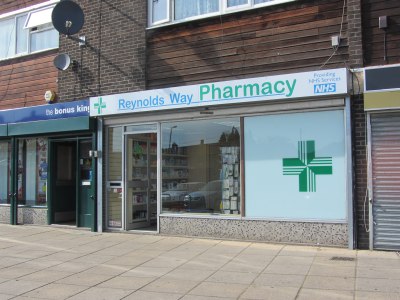 Number 7  Reynolds Way has always been a Ladies Hairdresser since 1967 and in 2012 became a Pharmacy. Other shops in the same row have not changed much either.

The following is not a definitive guide but is what I have made after checking some  Abingdon Who’s Who and Directories since 1967 when Reynolds Way first gets a mention. There are still holes I’m sure. So please fill them in if you can.

As an aside I also discovered from the internet that back in 2009 a company wanted to put a Pharmacy in South Abingdon. Other pharmacies in the town centre objected but on appeal it was judged that “Given there is limited connectivity to Ock Street, the Committee concurred with the applicant and Oxfordshire PCT in that this is a separate predominantly residential area to the south of Abington (sic), which has no pharmacy within it.”

There has been no Doctor either since Dr Allinson closed her practice at the bottom of Mill Road in the early 1990s. 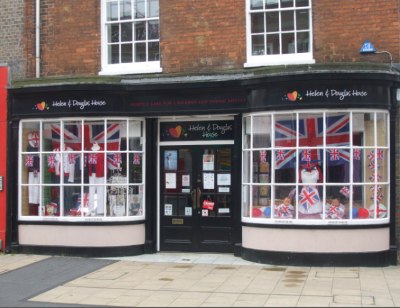 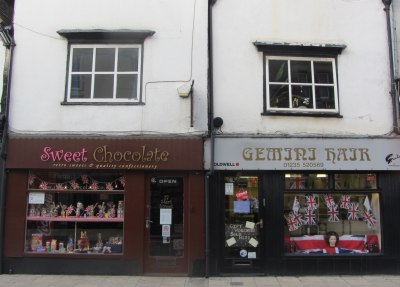 Sweet Chocolate and Gemini Hair are both flying the flag on Stert Street. 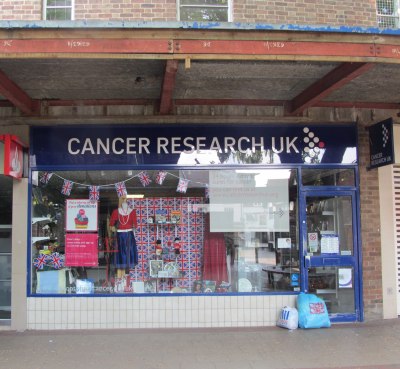 In the Abbey Shopping Centre, conditions are not that favorable for shop window displays during the redevelopment, but Cancer Research UK has a good display as the canopy above is being dismantled 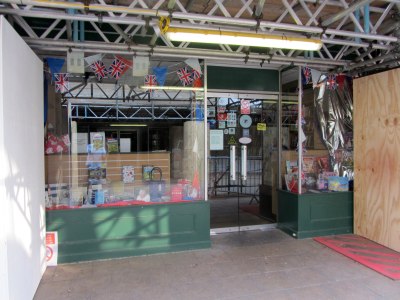 The Book Store have a good Jubilee display, with books like: Queen Elizabeth II – A Diamond Jubilee Album. The Book Store seems a little caged in so I hope they are still getting lots of visitors. 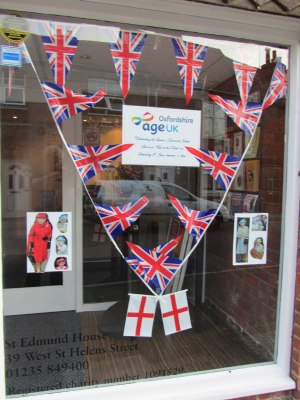 Finally for now, and I may do another round of Jubilee windows, here is age UK, formerly known as Age Concern.