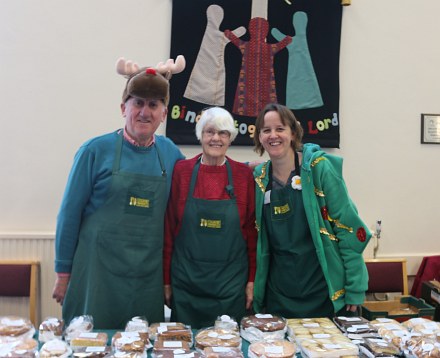 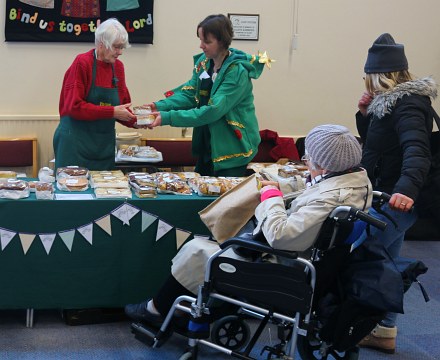 On the 14th December, 1919. the first WI Market was set up in Lewes in East Sussex. At first it sold produce grown and made by members of  local Women’s Institute branches, and then went on to allow small holders and ex-service men to participate. 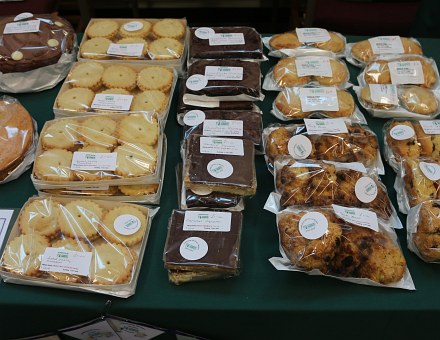 At today’s Country Market in Abingdon there were lots of home baked produce including some very good mince pies. There were also jams and chutneys, and crafts.

I was told the first WI Market in Abingdon was 75 years ago. The market was held for a long time in St Nicolas Church hall, a building that used to stand behind St Nicolas Church. It was demolished when Abbey House was built and Abbey Close rerouted. The market then moved to the Roysse Room until 2014. Since then it joined in with the Farmer’s Market, and spent some time in the Charter Centre. It still takes part in Local Excellence Markets. 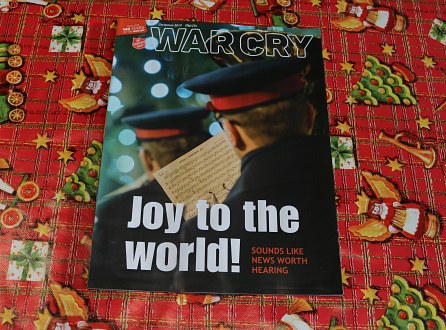 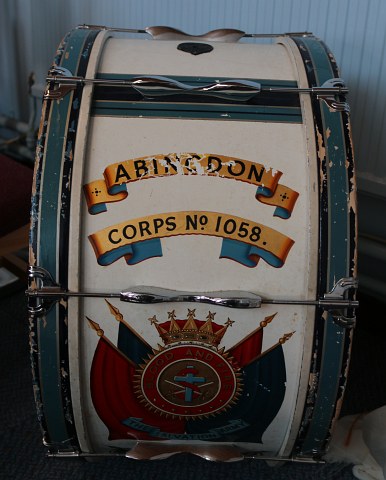 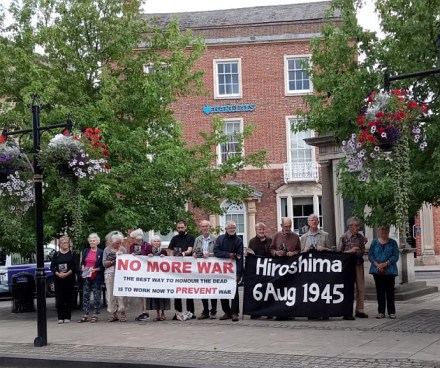 For over 30 years members of Abingdon Peace Group have held a short vigil on the morning of August 6th remembering the thousands of people killed,maimed and reduced to shadows on the ground when the nuclear bomb was dropped on Hiroshima on Aug 6th 1945. 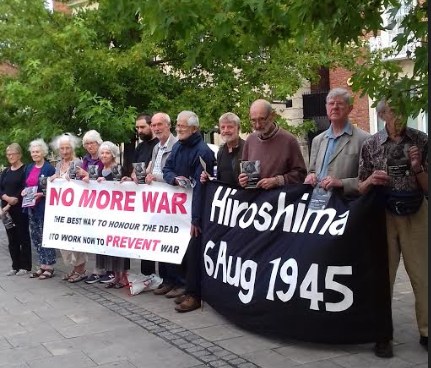 Photographs of people remembering the anniversary are sent from Abingdon to Hiroshima to show solidarity. Prayer services, vigils and demonstrations take place around the world on the 6th, and the 9th, when the bomb was dropped on Nagasaki.

There are specific reasons in 2019 why these anniversaries should be remembered. In 1987 the Intermediate-range Nuclear Forces Treaty was signed between the USSR and the USA to reduce the threat of nuclear war. Last Friday President Trump of the USA officially terminated that agreement after 32 years. Today tensions between India and Pakistan, two nuclear powers, are rising with direct rule being imposed by India on the special region of Kashmir.

Thankyou to Peter, Anne, and Tony for the pictures.

Thankyou to Steve for this article. Steve’s late uncle, Eric McIntyre helped him compile this list. Eric went over on D Day + 6 (June 12th 1944) as part of a tank regiment. He survived the war. Steve says …

This week, some 79 years ago the evacuation of over 330,000 British and Commonwealth members of the British Expeditionary Force were successfully evacuated from the beaches of Dunkirk by an armada of “Little Ships”

However, there was a resolute rear guard of about 20,000 who kept the Nazis at bay and were not so lucky. They were either captured, wounded or killed and sadly some of Abingdon’s finest were among them. 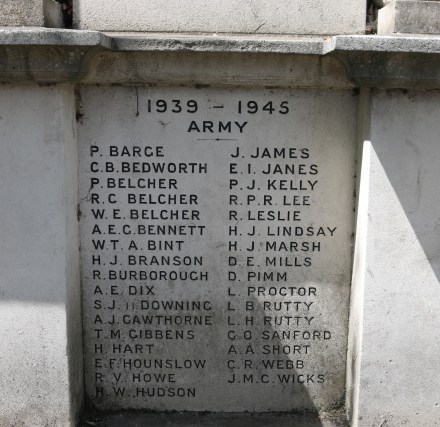 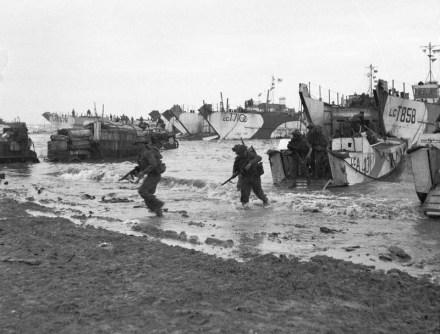 This week some 75 years ago the biggest invasion force ever assembled prepared to sail to Normandy on June 6th 1944, D-Day. Once more some of Abingdon’s finest made the ultimate sacrifice.

(Image of D-Day from Wikipedia from File:D-day – British Forces during the Invasion of Normandy 6 June 1944 B5246.jpg.) 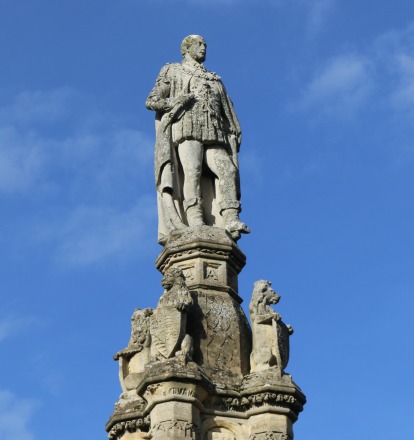 Prince Albert, seen here in Albert Park in Abingdon, was born on 26th August 1819 and so his bicentennial will be later this year. Today, from his pinnacle high above Albert Park, he watched an onslaught of children and hounds. School children were on half term kicking balls about in the sunshine; hounds were being walked and run by the usual crowd. 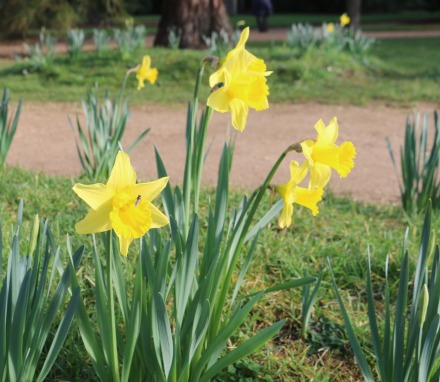 The daffodils have been dancing near the bowling club, like the ones Wordsworth wrote about in 1807.

Prince Albert has a Twitter Feed and has tweeted royal recognition to John Ruskin on his bicentennial.

His highness recently celebrated a wedding anniversary, and asked what one should get Victoria on their 179th. This will also be the bicentennial of his beloved Victoria who was born on 24th May 1819.