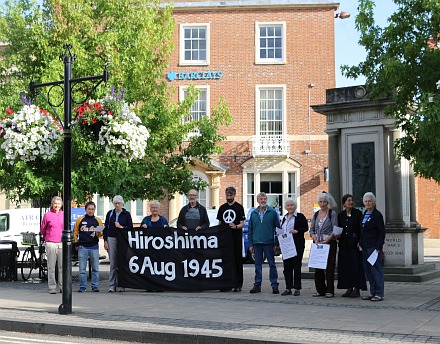 The anniversary of the bombing of Hiroshima is today, August 6th, and the Abingdon Peace Group gathered, as they have done for many years now, for a 30-minute vigil at the War Memorial in Abingdon – at 8.15am this morning, the time the bomb was dropped.

They were joined by a man from Hiroshima, born their 42 years ago and now working at Harwell, who said it was very moving that people in Abingdon, so very far away, remember his home town in this way. That Hiroshima is a place where people work for peace and no more bombs, especially nuclear bombs. 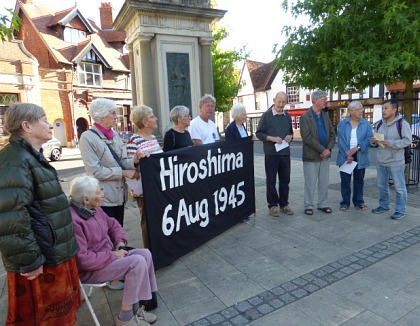 At the Abingdon war memorial on August 6th 2016, members of the Abingdon Peace Group were joined in a vigil on Saturday by someone who grew up in Hiroshima.

Katsuaki Inoue is a research scientist living in Abingdon with his wife and young son. When he heard that there was a vigil to mark the 71st anniversary of the bombing of Hiroshima he rushed down to the war memorial to join in.

Katsuaki said, “My father was living in Hiroshima in 1945, but was fortunately in a village a few miles away on August 6th when the bomb was dropped. I am so touched that people in Abingdon still remember what happened. Thank you!” 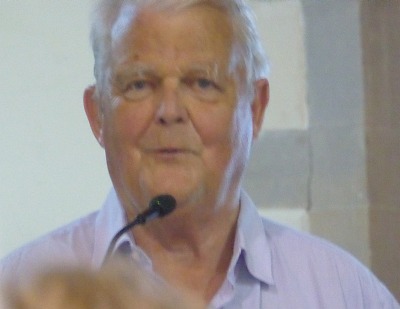 Bruce Kent was there at St Nicolas Church last night at the invitation of the Abingdon Peace Group. 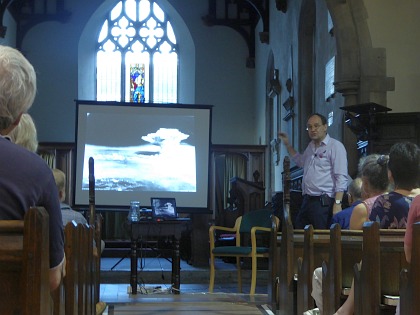 I suspect that this could be another topic where MPs do not accurately reflect public opinion. Trident allows Britain to punch above its weight on the world stage, even though the United States provides nuclear missiles for our submarines, and has to replace them regularly. 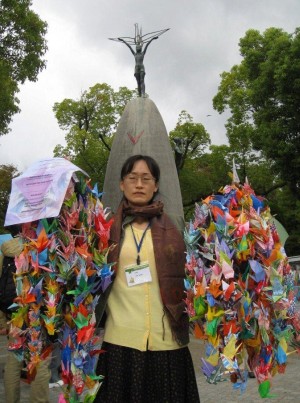 The 1200+ paper cranes that were made in the Abingdon at the community shop during the peace week in August have arrived in Hiroshima. They were sent by surface mail in two cardboard boxes. 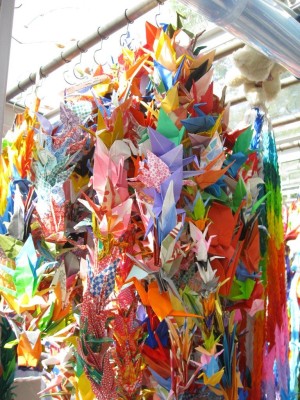 The Hiroshima Peace museum have sent back photographs of the our cranes being put up at the childrens Peace Memorial in Hiroshima. Can you see yours?

(Thanks to Anne and Peter for the report)