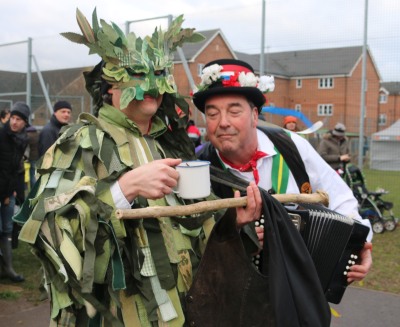 The old tradition of Wassailing was brought to Abingdon today in Caldecott Meadow.

The event was conceived by the South Abingdon Children’s Centre, and the Abingdon Carbon Cutters. The master of ceremonies came dressed as a Green Man. 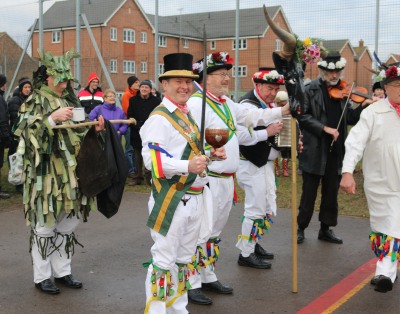 Entertainment was provided by The Abingdon Traditional Morris Dancers, and the Abingdon Music Centre. 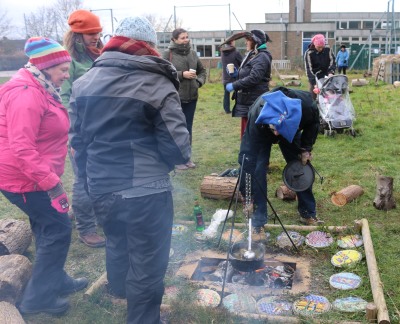 On arriving, we were given mulled apple juice – cooked on an open fire.

Inside the Children’s Centre, and on the Abingdon Museum stall outside, there were tables and various implements to make decorations, and rattles for the ceremony. 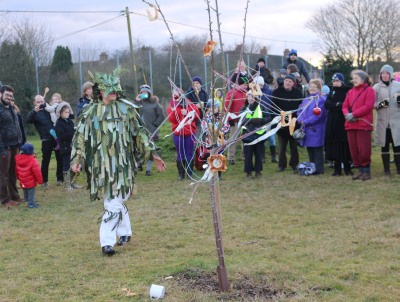 The Green Man led us in the actual Wassail ceremony.

He said a verse… 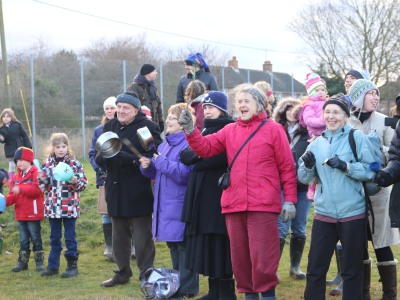 Then we all joined in the refrain ”
Wake up! Wake up Oh Apple Tree!
Wake up! We Wassail Thee!”.

The Wassail involved a lot of noise: saucepans were struck and rattles were rattled. 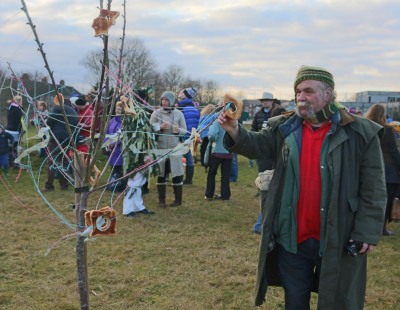 As part of this new-old-tradition we were encouraged to “Cut out Toast Shapes, and dress the Trees“. 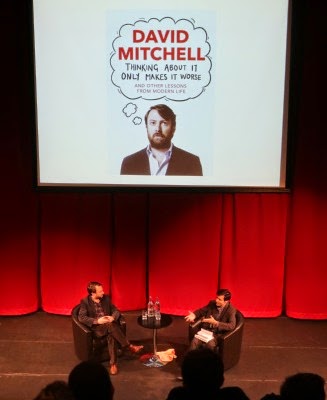 Mark Thornton from Mostly Books was interviewing David Mitchell at the Amey Theatre in Abingdon this evening.

David, a very well known actor, comedian, and writer, has put together the best of his writings from his Observer column into a book called “Thinking about it only makes it worse, and other lessons from modern life.” It covers the last 6 years from the banking crisis when Labour was in power through the resulting Con-Dem coalition years. 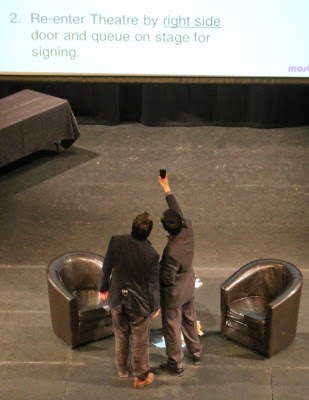 David attended Abingdon School, where he enjoyed debating and theatrical productions, and was very good academically. He spoke with honesty and humour on lots of topics including Private Education and its Charitable Status, The Internet, and Madame Tussauds. 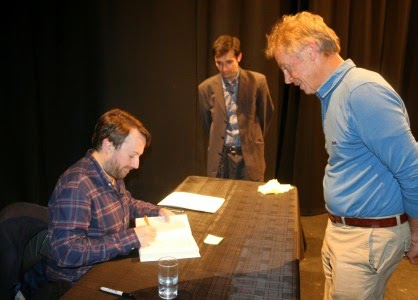 He signed a lot of books. 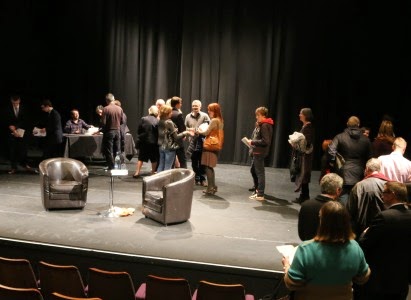 The queue stretched at one stage  from the stage out  through the foyer.

I agreed totally with what he had to say about Private Schools but not about Madame Tussauds. It is more than just an antiquated wax works, 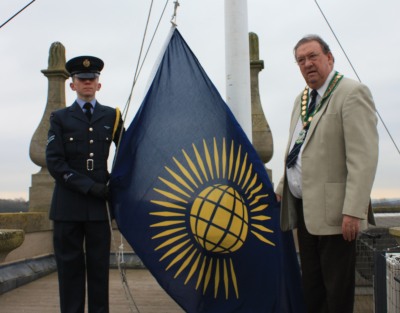 Over the last week a new flag has been flying over Abingdon County Hall. It was raised on Monday (March 10) and has been there all week. 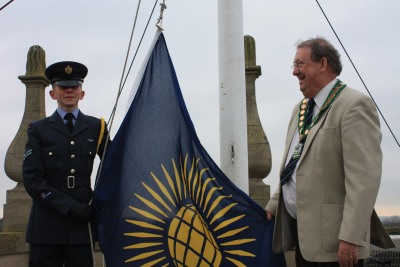 The flag raising is part of an initiative to celebrate the Commonwealth, and happened in many districts in the UK, including the Vale of White Horse. 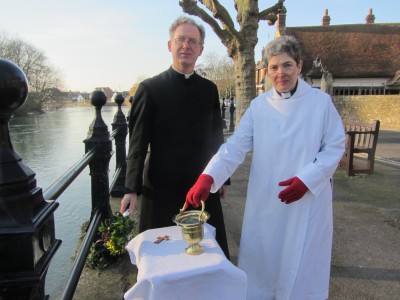 This morning St Helen’s Church began their 10:30 am service on St Helen’s Wharf. The service was the “Blessing of the Waters & festival of the Baptism of Christ”. The Blessing of the waters is an ancient tradition but this could be the first time it has been done beside the River Thames in Abingdon. 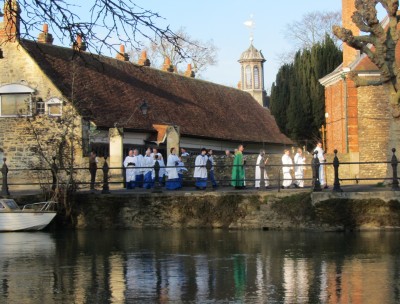 The service began with the congregation gathered on the wharf. They were then joined by the officiants and choir processing with the cross. 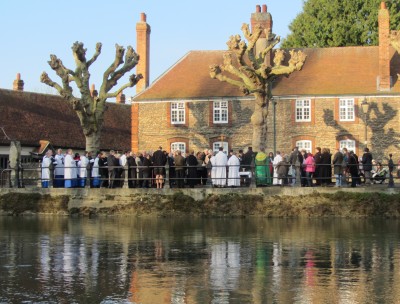 The Rector then greeted everybody… “Dear Friends in Christ, we gather today to celebrate the Baptism of Christ…” 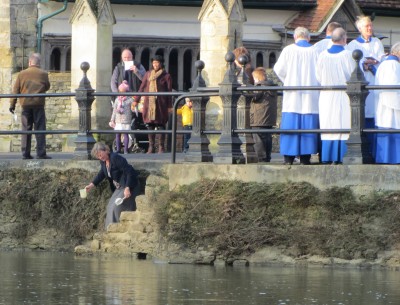 After a hymn, some prayers, and bible readings, water was brought up from the River Thames and poured into the holy water bucket and then carried back to the church for the rest of the service.