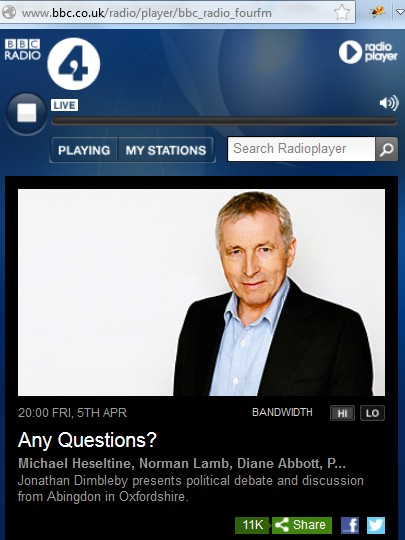 The BBC Radio 4 panel show ‘Any Questions?’ was broadcast live from Our Lady’s Abingdon at 8pm this evening.

Jonathon began by saying that Abingdon claims to be oldest occupied town in Britain … then added there are other towns making similar claims. He went on to say that Our Ladies Abingdon opened as a convent in 1860. It now is an independent Catholic co-educational Foundation that welcomes pupils from all faiths and none.

Questions were:
1) Was Osborne guilty of a cheap political jibe in linking welfare & Philpott?
2) What punishment should be handed out to the former bosses of HBOS?
3) Is North Korea a real threat to the UK & would this justify the replacement of Trident?
(During the discussion Jonathon asked the audience and the overwhelming majority were against a Trident replacement.)
4) Should hate crime be renamed crime of prejudice?
5) Where do you fit into the 7-tier class system & is it representative? 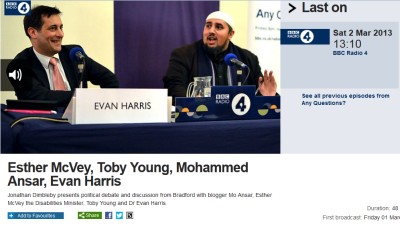 Interesting to see that although Dr Evan Harris is no longer our MP, having lost the last election by 176 votes, he is still a significant voice nationally, and appeared on Any Questions five weeks ago in Swansea. 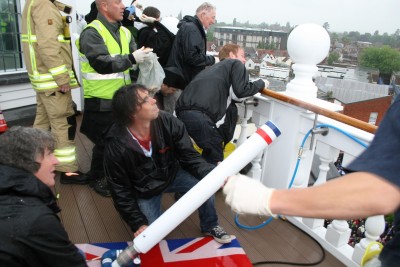 The next time Abingdon is on the BBC nationally will be James May’s Man Lab next Thursday at 8pm on BBC2 where “James travels to an Oxfordshire town where a royal tradition desperately needs his help. Can he find a way of feeding thousands of locals to save their diamond jubilee celebration using ballistics and hot crossed buns?”

3 thoughts on “Any Questions and Man Lab from Abingdon”