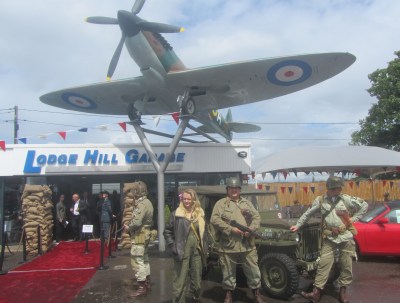 Passing Lodge Hill on my bike at lunchtime I was surprised to see the garage showroom protected by sandbags with WWII style troops guarding a Spitfire on a stand on the forecourt.

There was also a red carpet in front of the showroom and VIPs inside. 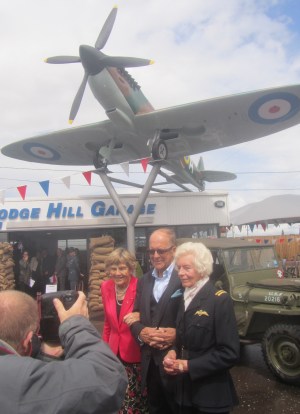 The press were particularly interested in these ladies with the garage owner. I think both appeared back in April on a BBC4 documentary about the Air Transport Auxiliary or ATA. During World Wat II, lassies with flying skills were not allowed to fly in combat but they became invaluable piloting all kinds of aeroplanes between factory and airfield to supply the RAF.

For a new type of plane they were just given the instruction manual and so had to be very adaptable skilled fliers. I remember from the documentary that the Spitfire was a favourite with many. 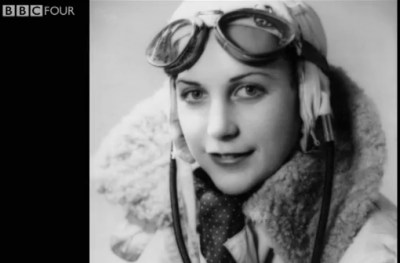 They were the WWII uniformed glamour girls whether they liked it or not.

The model Spitfire has been put there by the garage owner to commemorate the ATA. It was front page news  in the Abingdon Herald this morning. Today’s launch  could cause even more of a splash. 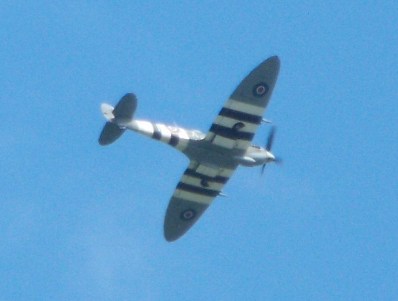 Thanks to Ian for a picture of the Spitfire flyover that happened a little later.