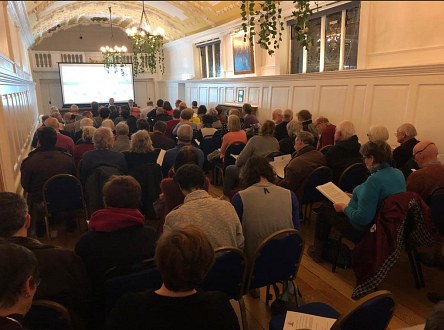 There were about 100 people in the audience – probably a record for one of these meetings. A new feature this year was that the public were invited to come early to visit displays in the Old Magistrates Court and talk to many of the community groups who receive council grants. This seemed to be very popular.

Each Committee chairman presented his/her report on their activities in the past year and their future plans. These Committee Reports are on the Town Council website if you want to see the full details

One new Committee was set up this year: the Green Advisory and Scrutiny Committee. It advises and supports all the other committees to ensure that their activities and projects take proper account of environmental considerations. They have a more flexible structure than the traditional committees and draw on the expertise of community groups such as the Carbon Cutters, AbiBike and Abibinit. Their main areas of activity so far have been: 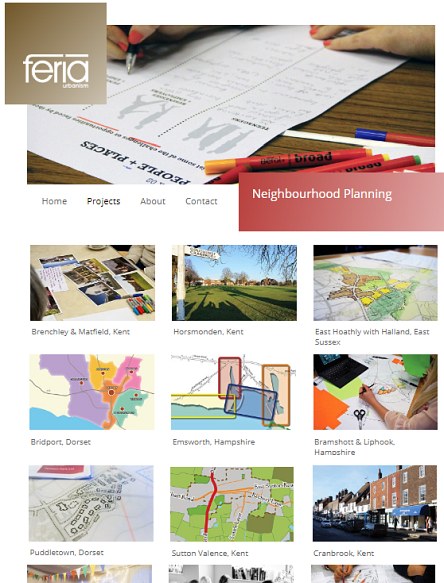 After the reports, there was a presentation on the proposals to launch a ‘Neighbourhood Development Plan’ (NDP) for Abingdon. The Council have engaged a consultant, ‘Feria Urbanism’ to undertake a scoping study over the next 3 months. Depending on what emerges from that the Council will decide whether and how to proceed to a full plan. An NDP is produced at parish level, with full community involvement, and has to be approved by a local referendum. Once fully approved, an NDP is a statutory planning document, binding on the local planning authority. However it cannot conflict with an existing Local Plan, so in Abingdon it is unlikely to be able to change the strategic plans for major housing developments but what it can do is influence the detail of those plans. It can also lay down rules for change of use, which could be of interest in relation to Abingdon town centre. The consultants were only appointed a few days ago so were not able to talk about specific ideas for Abingdon. They focused more on how they operate, particularly in getting real community involvement. The Town Council will shortly be letting us know how people can register a wish to be involved.

The next part of the meeting was a series of brief presentations by groups who have had major grants from the Town Council: Abingdon Carousel, Be Free Young Carers, Citizens’ Advice, The Abingdon Bridge and the Friends of Abingdon Abbey Buildings Trust. A common theme from all of them was that as well as being useful in itself, the Town Council financial support was absolutely key in enabling them to apply successfully for grants from other bodies.

The final part was questions from the audience. Issues raised included:

Parking on verges, ruining some of our attractive green spaces, what can be done? Answer, the whole question of parking enforcement is a long-running problem as it crosses councils, but new arrangements are under discussion and should be in place soon.

What is happening about disabled access to the Abbey Hall (cinema)? Rather than replace or repair the lift at the back a platform lift is to be installed from the foyer to the Abbey Hall entrance. This will enable all visitors to enter via the same route. Work is due to start imminently.

Can the Town Council press for the Lodge Hill interchange work to be done before the new houses are built? The Town Council have consistently pressed for that but to no avail. However work is going ahead on the interchange and it will be done – the exact timing in relation to the completion of the houses will depend on the speed with which each project progresses. 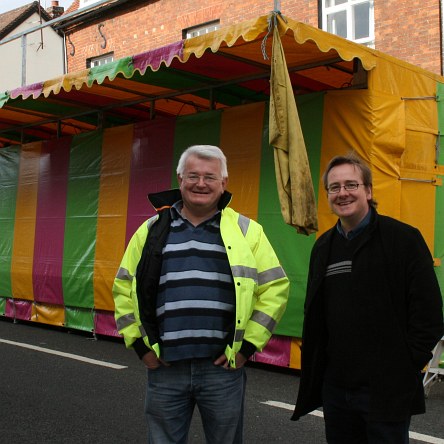 And finally, warm words were said about Steve Rich, the Assistant Town Clerk and Head of Services who is retiring after 17 years with the Town Council. Steve is a well-known figure around town and will be missed in this role.

Thanks to Hester for this report and to Steve for the first picture. The second picture comes from the Feria Urbana website. The final picture shows Steve Rich and Nigel Warner inspecting the Michaelmas Fair in 2009.