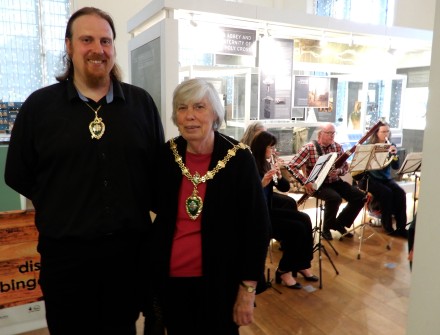 Abingdon County Hall Museum took part in the national event Museums at Night. The Mayor of Abingdon, Councillor Margaret Crick, was there talking to the guests, and musicians.

Musician included the Cherry Tree Ensemble, playing in the former court sessions hall, where trials were held for 200 years. Now the hall holds the main standing exhibition of Abingdon’s unique history, as well as an area for temporary displays. 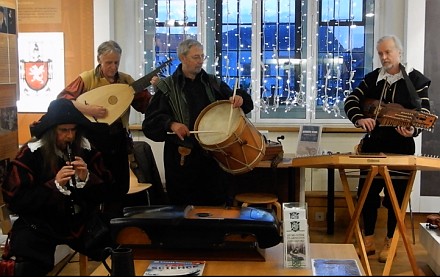 The Oxford Waites also performed. Some of their music dates back to the 17th century, when the County Hall was built. 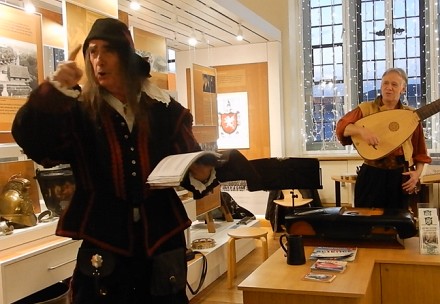 Between their songs, one of their number regaled the audience with old tales of Abingdon, including the escapades of the Moorish Dancers, and how people were scandalised by them when they dressed in women’s clothes. Over the centuries the Moorish Dancers have become Morris Dancers. He also told of how tigers, baboons and other exotic animals were once sold on Abingdon Market Place, as recounted in Jackson’s Oxford Journal. 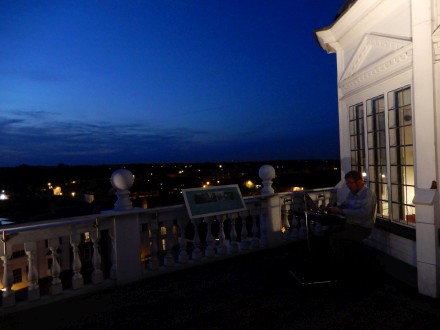 Ian Miles performed on the roof with the keyboard. 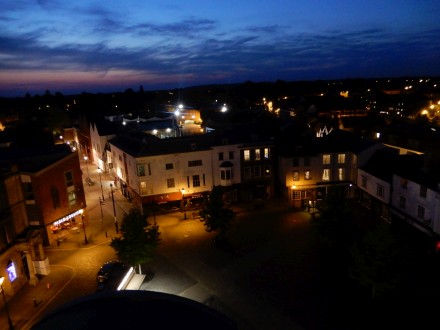 He played Moonlight Serenade as we looked out over the sun’s long afterglow, and the pool of incandescent light in front of Sami’s Kebab Trailer.