Many Thanks to Colin, the Abingdon Taxi Driver, for this report. The pictures, by John Enticott, were taken in August 2008 after the church had been re-ordered. 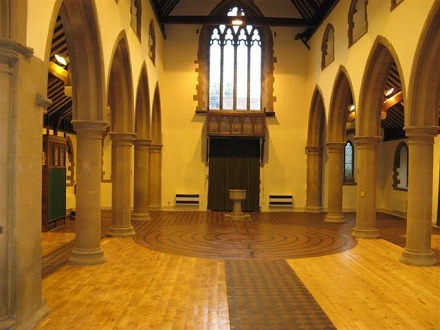 One hundred and fifty years to the day that the church in Albert Park, Abingdon was consecrated by the Bishop of Oxford and dedicated to Saint Michael and All Angels, a Dedication Festival Mass was celebrated last Wednesday evening. It was part of a series of special events to commemorate the Sesquicentennial, running from Michaelmas 2016 to Michaelmas 2017.

Wednesday night’s service was preceded by a lively organ fanfare and an Introit, Locus Iste by Anton Bruckner, sung by the combined and robed choirs of Saint Nicolas and of Saint Michael’s churches, who sang throughout the Mass. Colin Fletcher, Bishop of Dorchester presided and preached. Father Paul Smith, the Vicar, had even penned the lyrics to one of the hymns. 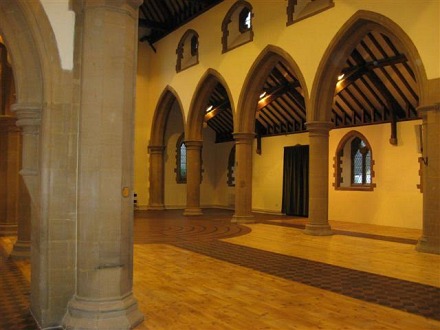 Previous vicars, a Deputy Lieutenant of Oxfordshire and other special guests attended the packed service. During the offertory hymn, a collection was taken for two charities supported by Saint Michael’s. The Abingdon Bridge works with vulnerable young people agreed 13-24 in the Abingdon area. Tariro – Hope for Youth in Zimbabwe, is a UK based charity, supporting young people in various cities in Zimbabwe.

Saint Michael’s is within what is referred to in the commemorative book published to mark the occasion, as the ‘high church’ tradition of the Church of England. This manifests itself amongst other things by the use of bells and incense to mark significant points of the service, although as the book says, it is “within certain limits”. 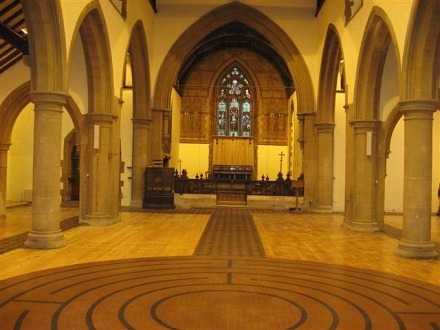 Originally built for those who had settled in Abingdon to work in the then expanding brewing and tanning industries, Saint Michael’s today contains “a vibrant community of faithful people.” Father Paul Smith said in the introduction to the service that “we give thanks for all that is past and look to the future with hope and faith.”

6 thoughts on “Saint Michael and All Angels Sesquicentennial Mass”