Between March and May 2020, an additional 495 people were claiming unemployment benefits in Abingdon, according to Oxfordshire Bitesize Unemployment. 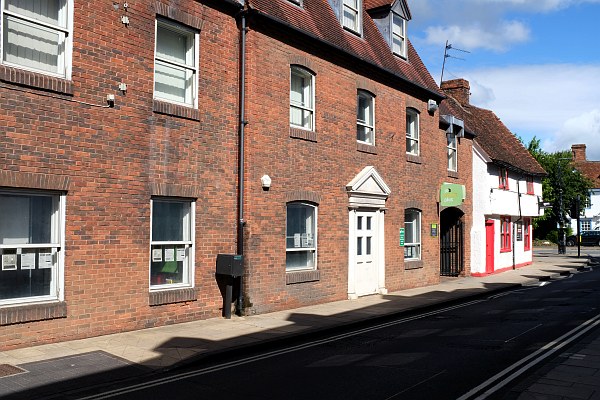 The doors of the Jobcentre Plus in Stert Street, Abingdon, recently reopened but the majority of claimants will talk to their job centre coach over the telephone. Only those who are asked to, or who can’t get help on the phone, are likely to go through the doors.

The government is making efforts to get people back to work. They announced that they are increasing the number of Jobcentre Plus coaches. They also launched a new website at https://jobhelp.campaign.gov.uk/. On it I see there are jobs in social care (nationwide need for more care staff), and agriculture (national shortage of seasonal fruit and vegetable pickers). Beyond that there are suggested training programs like getting into teaching. There is also a financial package to encourage employers to give work to 18-24 year olds. 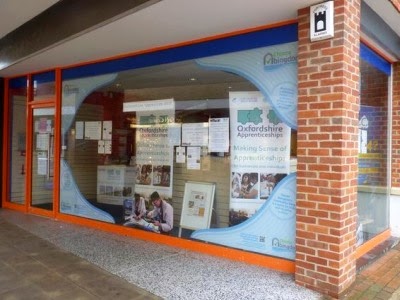 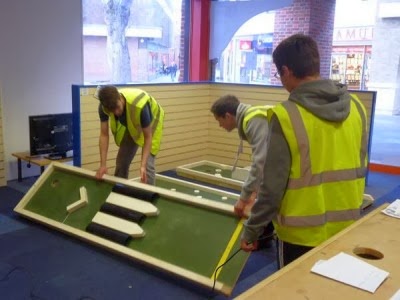 The event is run by Oxfordshire Apprenticeships who had apprentice shop fitters to set up the shop. (Thanks to them for the pictures.)

Apprenticeships seem to cover a much wider range of skills than traditional trade apprenticeships. They can be anything from Accounting to Youth Work.