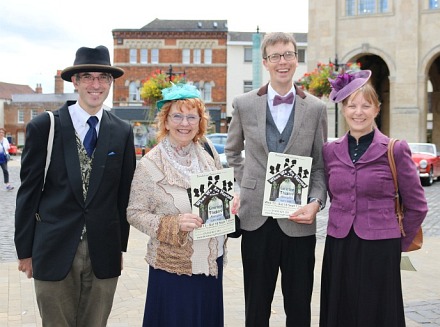 Wed 13th – Sat 16th September – When we are Married – Written by J.B.Priestly – Performed by Breakaleg Productions. 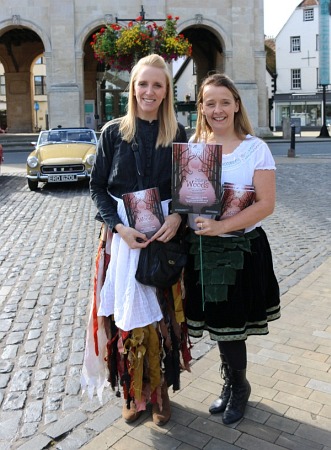 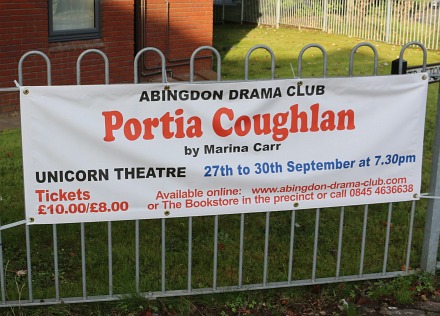 Match the correct production to the synopsis …

A woman cannot forget her twin brother who died fifteen years before. She still hears him calling to her. As a result she lives a detached existence.

A group of friends, all married on the same day in the same chapel, gather to celebrate their silver anniversary. They discover ‘shock horror’ that they are not legally married. 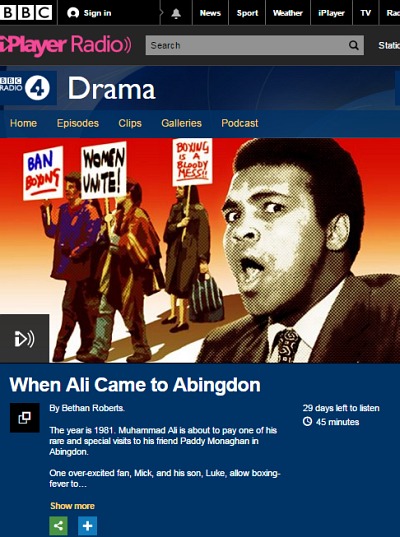 ‘When Ali Came to Abingdon‘ was a drama on Radio 4 today and can be heard at http://www.bbc.co.uk/programmes/b086tfbp.

“One over-excited fan, Mick, and his son, Luke, allow boxing-fever to overtake them waiting for a visit of Muhammed Ali to Saxton Road in Abingdon; wife and mother Sandra rebels and finds solace in a local women’s group.”

Written by Bethan Roberts, born in Abingdon, who now lives in Brighton. 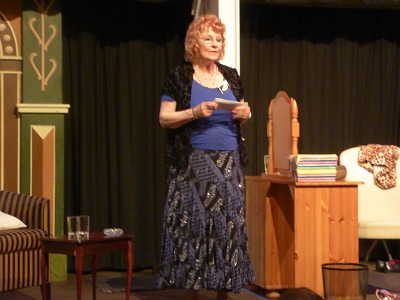 At the Unicorn Theatre this week there is a festival of one act plays. The plays are introduced by, Dierdre, the Chairman of the Oxford Drama Network committee, who organise this annual event. 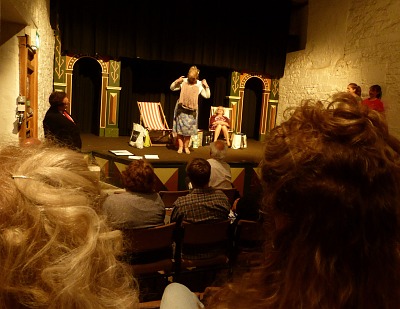 Each evening there are two plays.

After each play an adjudicator gives some background to the plays and then assesses the plays. He then suggests some directional changes and tries them about before the audience.

The first play this evening called Deckchairs showed two pairs of women on the seafront passing the time of day. 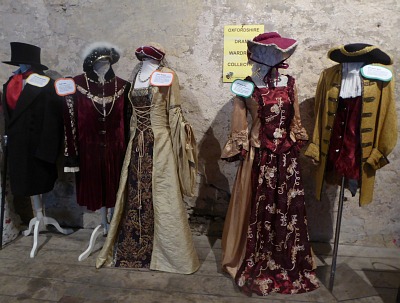 During the interval we had a drink in the Long Gallery of the Old Abbey Buildings where the Oxfordshire Drama Wardrobe, based in Steventon, had a display of their costumes. They are there for drama groups, and people who need to dress up for other reasons, to hire. 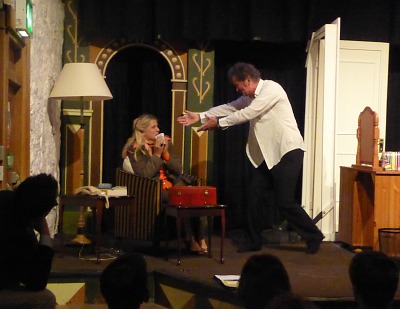 In the second half we saw a play called California Suite by the Bartholomew Players. It was very well directed and performed.

Three of the plays get called back tomorrow night for the Gala Evening. I was surprised that California Suite was not among them. The others must be excellent. 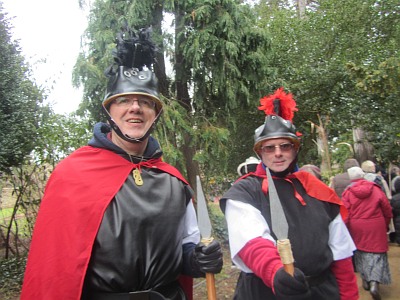 Abingdon Passion Play 2016 will be two big outdoor performances in Abingdon on Sunday 13th March next year. It is an exciting fast-paced re-telling of the Easter story, and this is your chance to be part of it! If you’d like to be on stage there are plenty of opportunities for actors and singers. This is real community theatre and you are welcome whatever your age, background or beliefs. Experience welcome but certainly not necessary! 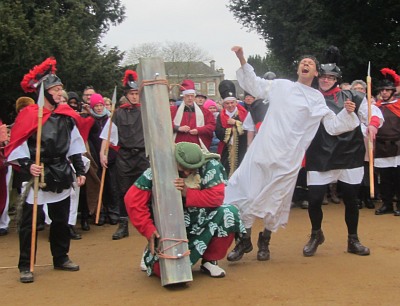 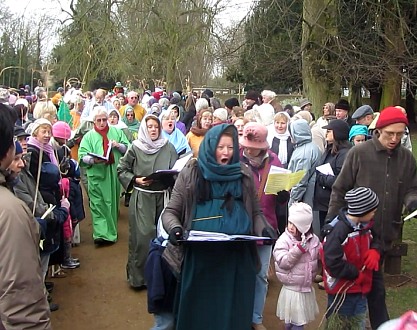 There are also lots of other roles to help with this production. To register your interest contact Julie Kemp-Harper on 01235 521049 kempharpers@pobox.com or feel free to just turn up.