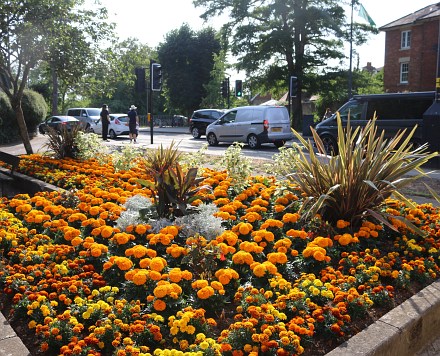 This is what it looked like in Abingdon yesterday at the bottom of Bath Street. It was hot. 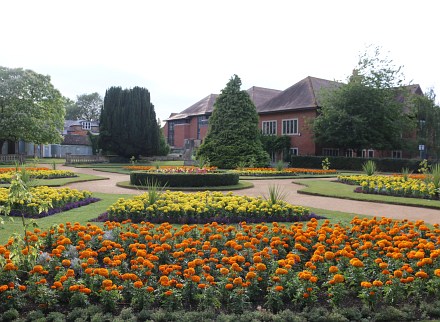 And this is how it looked today in the Abbey Gardens. Slightly cooler but still lots of orange.

I thought the schools had ended yesterday for the summer holidays but then heard lots of children chattering as they went in line to St Helen’s Church for an end of term visit. 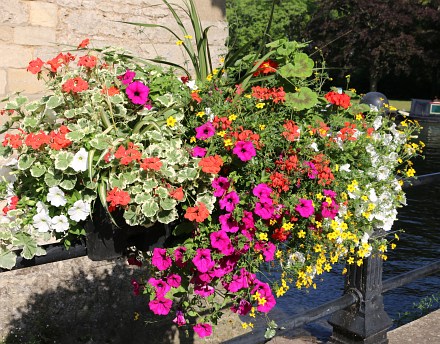 When you get to be adult there is no such thing as going up a year. 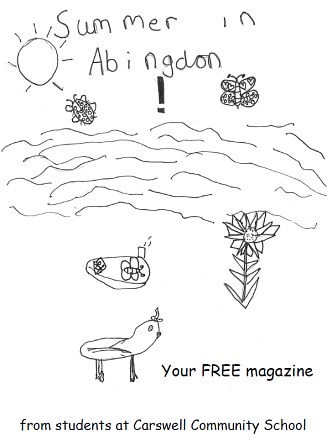 The latest edition of Hello Abingdon, Trinity Learning’s community newsletter project, has hit the streets and this blog. The June 2019 newsletter has been put together by six Year 5 pupils from Carswell Community School and has a front page picture showing Summer in Abingdon!. 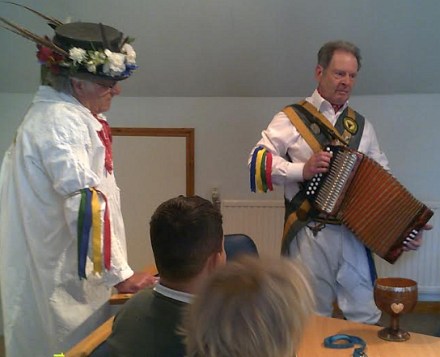 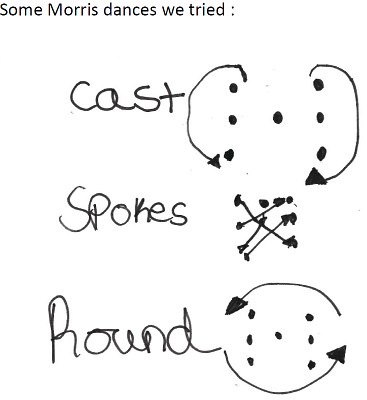 The children had a great time meeting Roger and Harry from the Morris, and tried the dances.

There followed a survey on the Abbey Grounds Play Area and Swimming Pool which gets a ‘brilliant’ rating. There is also a piece about the wildlife in that area, including the butterflies in the bee garden, ducks and geese. The children thanked Adrian from Abingdon Naturalists Society for helping their research.

The  children’s feedback after doing the magazine was:
+  it was fun learning new things
+  it helped me talk to people
+  we learnt new IT skills
+  it was good to use our skills on something useful.

To find out more about Trinity Learning’s work with schools visit their website: www.trinitylearning.org.uk

The magazine can be downloaded and read at https://trinityabingdon.org.uk/documents/trinitylearningnewsjune2019.pdf 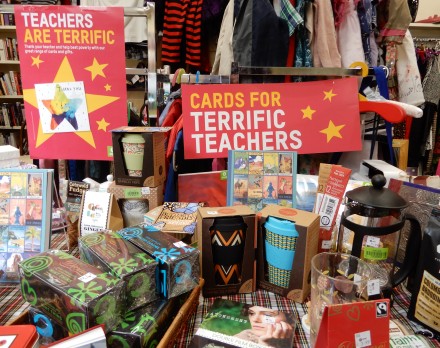 At Oxfam in Abingdon there is a table of gifts and cards for teachers.

Teachers would probably prefer good work during term time – and possibly a hand drawn picture, or a a poem as a a gift.

Failing that you could buy a gift. 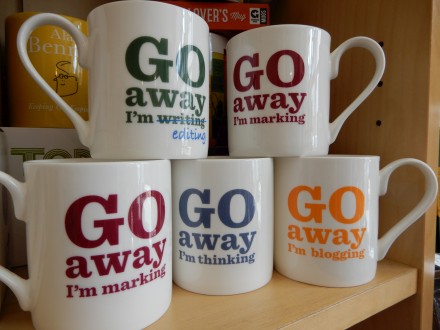 At Mostly Books in Abingdon they have mugs including one that says ‘Go away I’m marking‘ that could be very useful to any teacher. 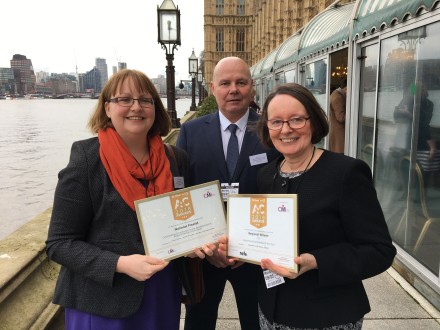 Abingdon & Witney College have been recognised as the leading apprenticeship provider in the South of England at the inaugural Annual Apprenticeship Awards.

The awards took place at a reception at the House of Commons, sponsored by the chair of the education select committee Robert Halfon, kicking off the celebrations at the start of National Apprenticeship Week (NAW).

Support has flooded in since the announcement was made on Monday afternoon. Robert Courts, MP for Witney & West Oxon, was at the event to ‘celebrate all the great things that companies and apprentices are doing all over West Oxfordshire’ and commended the College, whilst MP for Oxford West & Abingdon, Layla Moran also offered her congratulations.

Di Batchelor, Principal at the College, said: ‘We can’t overstate the value of this kind of award and the recognition it brings to the College as a premier provider of high quality apprenticeships.’ 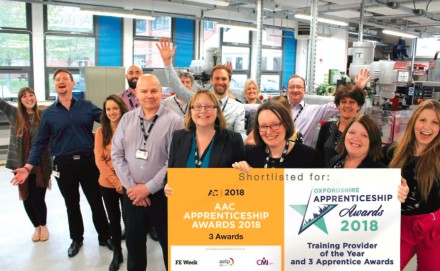 Abingdon and Witney College is located at three main sites in Abingdon, Witney and Common Leys Farm near Hailey. The College also operates from 6 other permanent bases across Oxfordshire and up to 80 community-based venues each year.

The College recruits students from across Oxfordshire and has 2,000 full time and 10,000 part time adult students each year.

The College was inspected by Ofsted in 2017 and judged ‘outstanding’ for apprenticeships.

The College won the Training Provider of the Year category in 2017 at the Oxfordshire Apprenticeship Awards (OAA) , and are looking to repeat their success at the 2018 awards on Thursday 1 March at Blenheim Palace.

They are also nominated for three awards in the FE Week Annual Apprenticeship Conference (AAC) Awards, to be decided on Monday 5 March at the House of Commons.

(Thanks to them for the press release and good luck with the awards.)