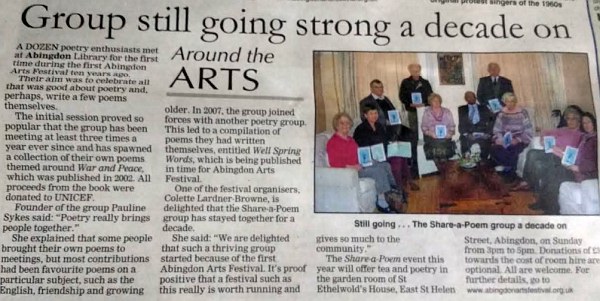 On 6th March 2008, The Abingdon Herald reported that the Abingdon Share a Poem group had produced a book for the Abingdon Arts Festival. The poetry group were 10 year old and still going strong. In September 2020 they are still going – if a little older. 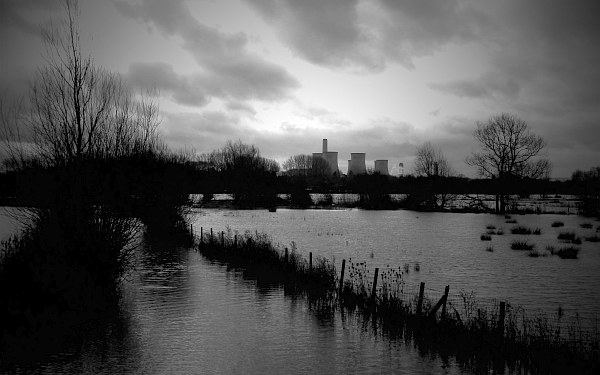 At the September 2020 meeting of the group, on Zoom yesterday, Justin Gosling read one of his poems …

The Thames at Abingdon

I love the Thames at Abingdon –
The wintry roar below the weir;
The angry mud race swirling past
St Helen’s round to Culham Reach;
And then the surge to burst its banks
And seize the Isle of Andersey
And all the fields to Culham Bridge –
Triumphant arching salmon leap
From river to resplendent lake.

I love the lazy summer Thames,
Placid now between its banks,
With empty cartons, coots and cans
And boats and bottles bobbing by,
And regal swans
In stately eddies drifting down
Between the meadows and the town.

I love the cool autumnal Thames,
Still beneath the thin white mist;
And far, yet near, the cooling towers,
Each with its plume of shining cloud;
The guardsman poplars, tall and bare,
Turned copper by the sinking sun.
Stormy, empty, busy, calm  –
I love the Thames at Abingdon. 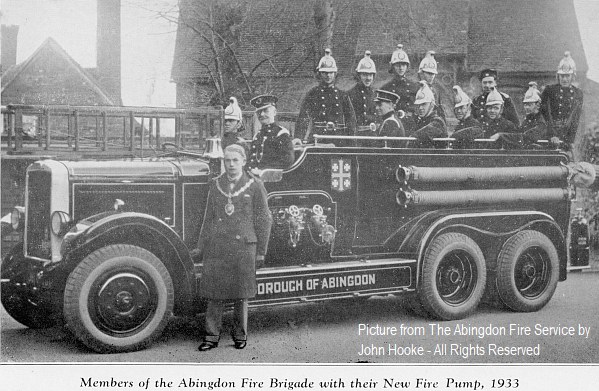 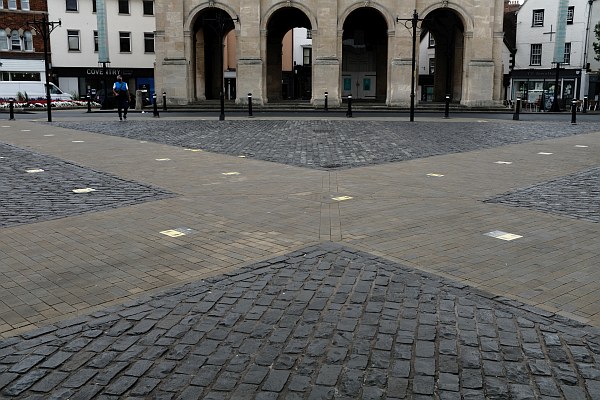 In 1951 Phyllis Dawson Clark wrote a poem about the River Ock that flows throgh the Vale of White Horse to Abingdon. Here is the first stanza: 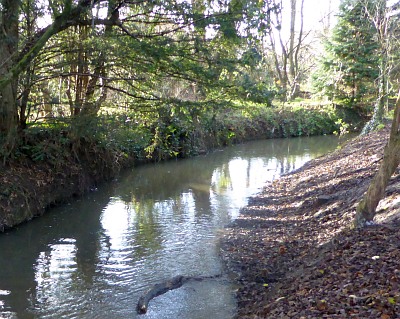 Down from the chalky range of Berkshire hills
Stamped with the cave-man’s god, a lean white horse;
Through rustling cornfields, by a dozen mills
Whose wheels are long since rusty, and across
A thistle wast where winter storms have laid
To rest the hollow trunks, where brittle rot
Harbours the comfrey seedlings that have strayed;
Where centuries of blue forget-me-not
Have sighed away their days unseen, alone,
And sprays of blushing dog-rose bend to kiss
Their own reflection in a pool that’s known
A thousand summers just as sweet as this, —
By the wild rhubarb leaves and giant dock,
Under the willow arches flows the winding Ock.

The Mill Stream was the first blog entry I did about Abingdon ten years ago today. I intended writing a blog about Abingdon in 2006 for one year, and called it Abingdon 2006, but then in 2007 I carried on with The Abingdon Blog. So now it is ten years old.