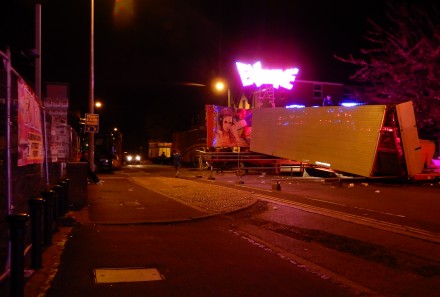 By 11.30 pm on Tuesday the dismantling of the fair was well underway. I decided that I would not walk across the Market Place at it was so full of activity, with rides being put away quicker than they were put up. 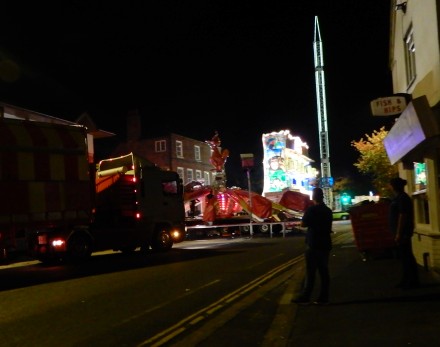 Great care was taken with the big expensive rides. They were collapsed and folded into shapes that fitted into a lorry. A man put on a harness and went on a lift to the top of the high swing roundabout to collapse the large tower from the top down.

Taking longer than most was the stall that sold only doughnuts. It took time to serve the queue, and afterwards the man was cleaning all his equipment with care. 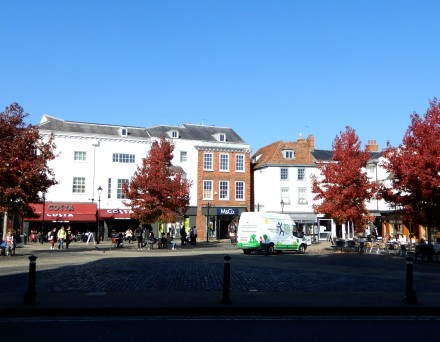 Today was very warm and sunny for October. On the Market Place the fair was gone, replaced by the van from Smokefreelife Oxfordshire. They provide a 12 week treatment plan, combining behavioural support with nicotine replacement therapy, free of charge if you live in Oxfordshire. 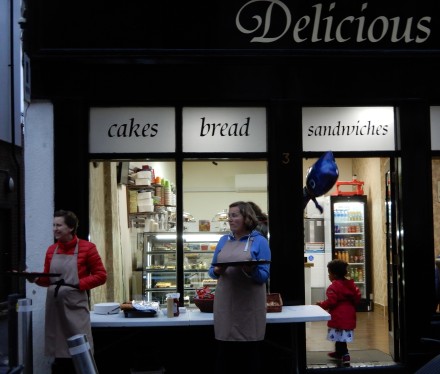 There were more locals  than ever outside their businesses during the fair. Delicious Abi, who have re-opened in the last week, were giving out samples. 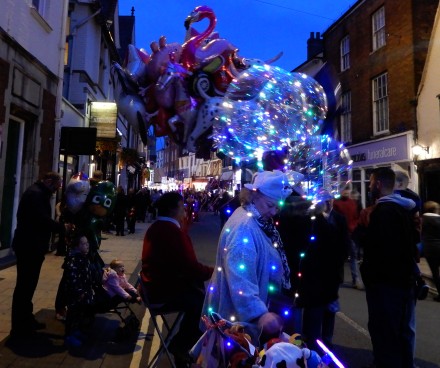 The balloons with the fairy lights looked really good but did cost £8. 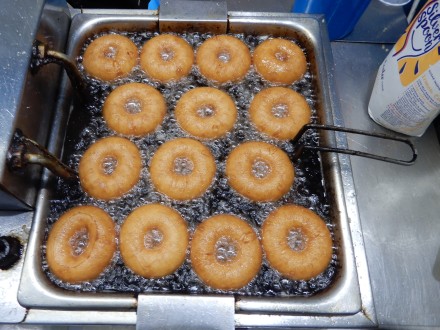 Lots of stalls were serving doughnuts but a lot of people went to the stall that only did doughnuts. There was quite a queue and you could see them being made as you waited. 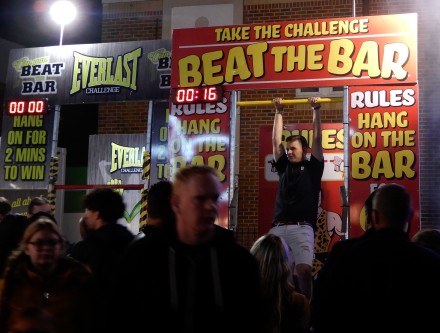 I didn’t see anybody manage to hang onto the ‘Beat the Bar’ for the 2 minutes to win the old style fair challenge. Very entertaining to watch when the crowd got behind the competitor. 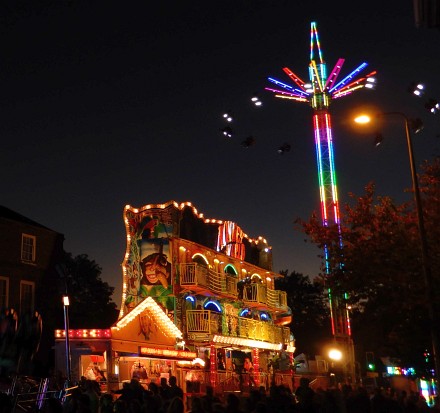 At the Ock Street end of the fair the Mission Space ride stood out again. It is a high swing chair roundabout with colourful lighting. 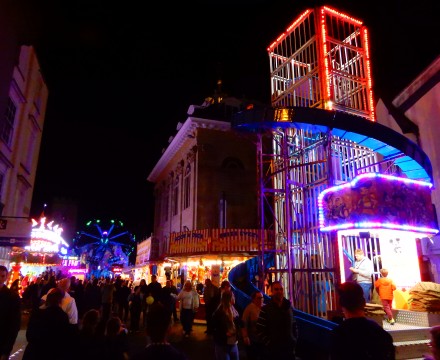 At the High Street end was the helter skelter.

It is goodbye from the big fair for another year.

The duck, crocodile and giraffe could be there again next week. 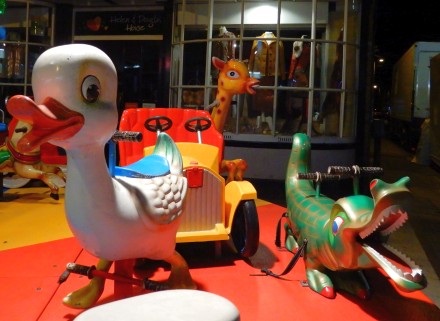 The runaway fair will be back next Monday with mainly children’s rides. 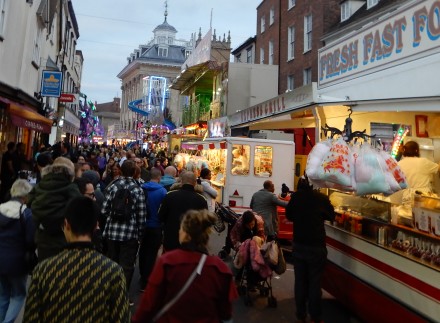 The strangest thing about Abingdon Fair is that, even though we live only sixty yards from the fair, we do not hear the pulsating noise from the big rides until we leave the house.

This evening as we left the house, people from South Abingdon were streaming by, up West St Helen Street, towards the fair and the main thoroughfare along High Street and Ock Street. 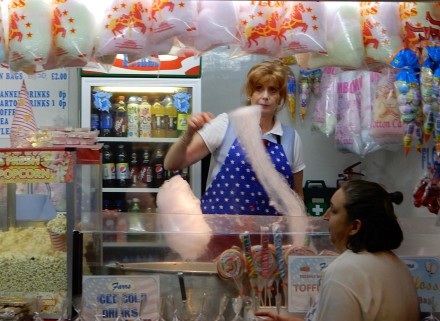 On the corner of West St Helen Street you can get popcorn, candy floss, and toffee apples from the Fresh Fast Food stall. 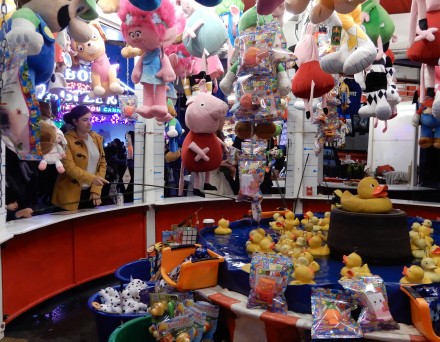 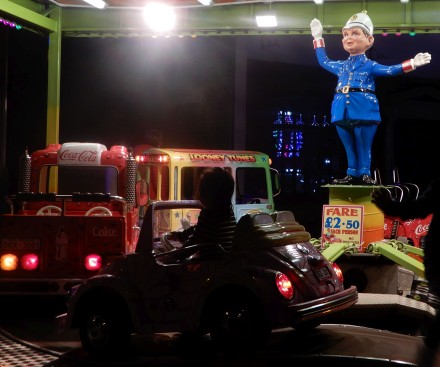 and the many children’s rides and harnessed trampolines. 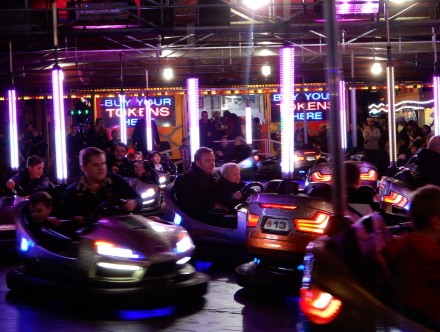 Further on there are the dodgems, the ideal ride for parents and kids to enjoy together. 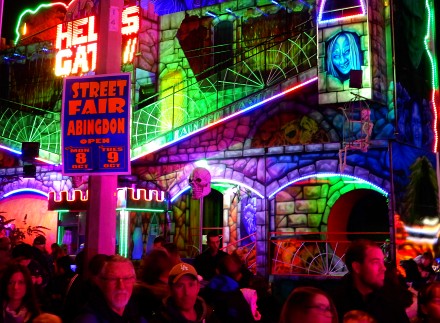 About half way along Ock Street you come to Hell’s Gate. 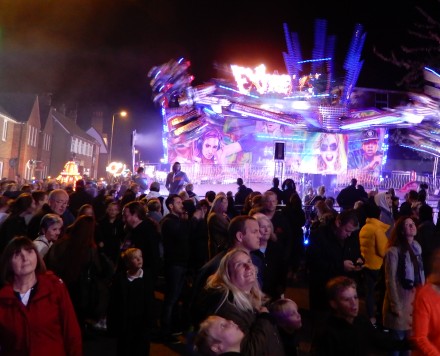 The bigger rides are on the Market Place and from Hell’s Gate to the end of Ock Street. Here the roads are wide enough to allow bigger rides and spectators and the passage of lots of people – all together. But nowhere on the route can take some of the biggest rides that you get at some of the other big fairs. 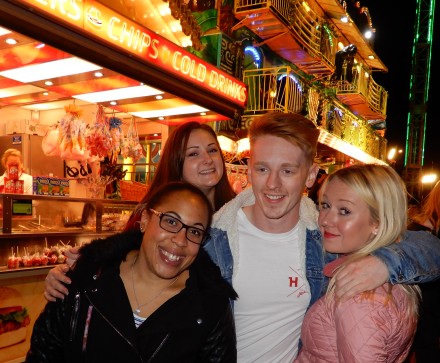 The weather was good, and there seemed to be lots of people enjoying themselves. 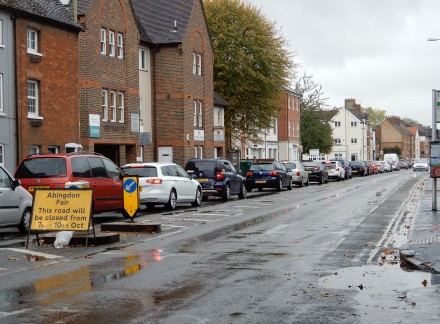 Yesterday it was raining and there was a line of traffic along Ock Street. 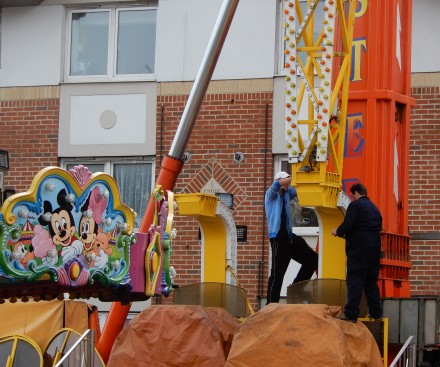 This morning the line of traffic was replaced by the stalls and rides of Abingdon Michaelmas Fair – the longest street fair in Europe. 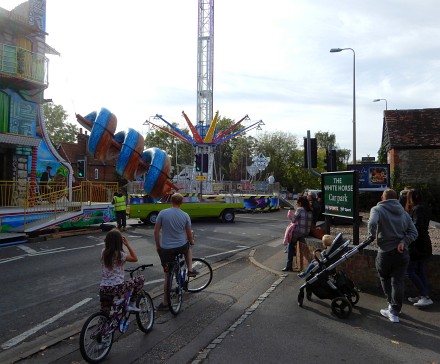 Local people enjoy strolling the route, from the Market Place to the junction with Drayton Road, to watch the fair being set up . 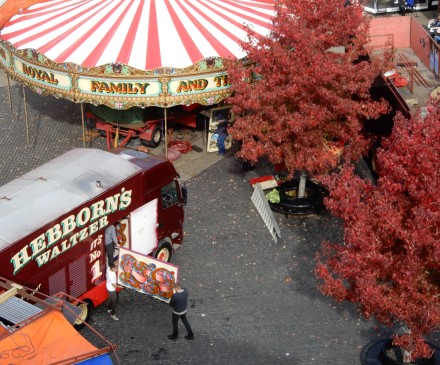 The Michaelmas Fair coincides with the time when the trees of the Market Place turn deep red.

Old Michaelmas Day falls on 11 October and so the fair is the Monday and Tuesday before Old Michalemas Day. 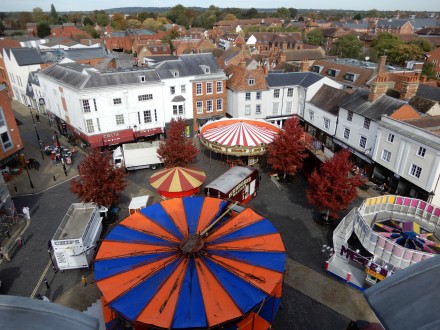 After everything had been set up, and swept, and checked there was a time of rest, then at 8pm, in the evening, came the Fair Service.

The Mayor of Abingdon and Town Councillors processed to the Galloping Horses, and the Mayor thanked everybody involved in making the fair happen.

Ed Evans, from Abingdon Community Church, led the blessing of the fair which included three hymns, led by Abingdon Town Band, and some prayers. 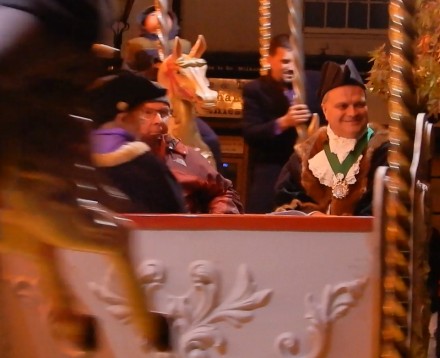 After that councillors, and anybody who attended the service, were given a free ride on the Galloping Horses. 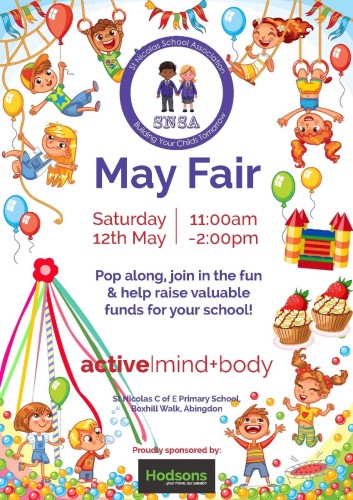 If you want to see the crowning of the May King and Queen in Abingdon and see Maypole Dancing then there is the May Fair at St Nicolas School on Saturday 12th May 2018. 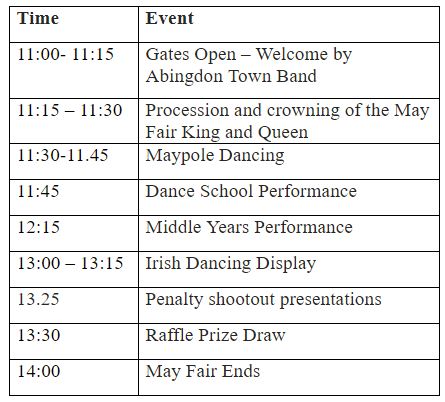 Some of the national newspapers seem to have been making a thing about the revival of traditions such as Morris Dancing and Maypole Dancing. Sales of collapsible maypoles are doing very well, and young people are getting into Morris Dancing. 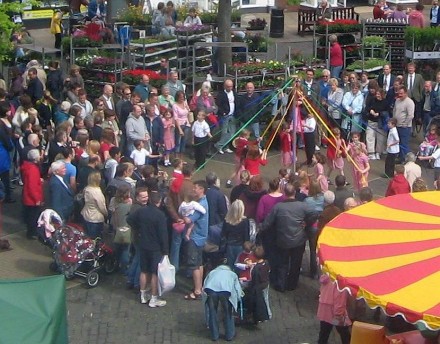 In 2006 there was a Spring Fair on Abingdon Market Place with Maypole Dancing by Dunmore School. That could have been the last time that happened in the town centre. 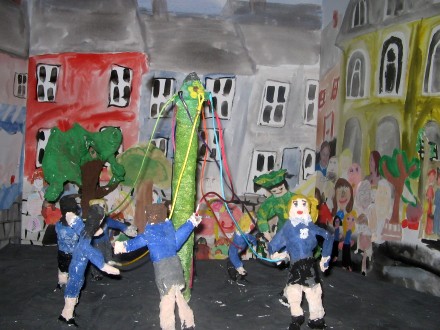 In 2006 there was an exhibition of children’s art in the Abbey Buildings. One work featured Maypole Dancing with children from Caldecott School.