The Guildhall development is not to go ahead because, now the tenders have been considered, the project will be too costly. 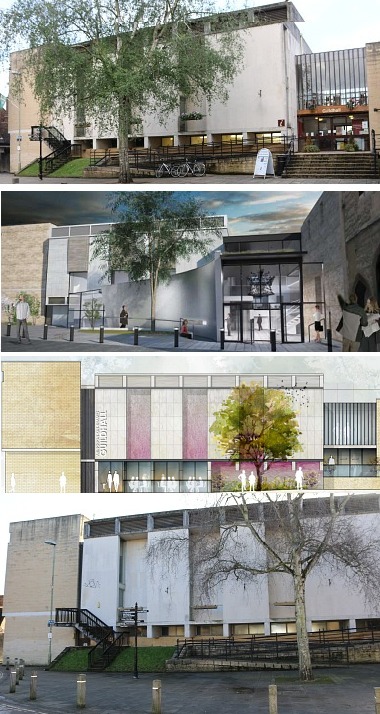 The Council has, with regret, concluded that the project and the necessary works which are required to bring the Abbey Hall up to acceptable modern standards, is unaffordable in the context of the Council’s overall financial commitments and the fact that many of the services which would have been delivered from the Abbey Hall are provided by other organisations and businesses. Consequently, the capital investment required in the Abbey Hall Project cannot be justified and the Town Council will, over the coming months, be working with other local authorities to explore the possibilities of alternative community uses for the Abbey Hall.

Council Leader Councillor Mike Badcock stated: “We are unable to pursue our project in relation to the Abbey Hall. The Council have worked very hard on finding a solution which is both sustainable and affordable but have reluctantly come to the conclusion that the building has beaten us. Whilst this is to be regretted it is better for this difficult decision to have been taken now before substantial sums were committed to building works. Even based on the lowest tender we were looking at overall project costs of £3,080,000 (note this included a modest budget of £120,000 for works in the historic building). It remains this Council’s intention to move forward and re-open the historic Guildhall when any necessary works have been undertaken in relation to that building.”

At the start of the council meeting there were a group of 13-16 year olds in the spectator seats. They were there with the youth leader from the Abingdon Damascus Youth Project to receive a cheque for £2,684. There was also somebody to receive a £7,000 grant for South & Vale Young Carers. After they left the meeting we heard shouts of delight outside.

There followed a presentation to the council by the groups: Host Abingdon, and by Abingdon More in Common.

After that a report was presented by County Councillor, Alison Rooke. This gave details of the On-Street parking consulation that was on the blog yesterday. You can respond here by 10 Feb 2017. 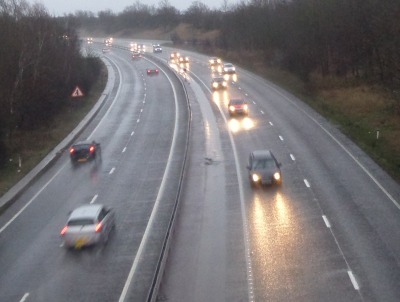 As Oxfordshire received less than 5% of the £400m+ applied for from the Local Growth Fund it does mean that developing the four way interchange at Lodge Hill will be more challenging to achieve. Council officers are to meet with developers.

Because the two Children’s Centres were built with Sure Start finance of several hundreds of pounds it means future use should be for children – or the funds would be clawed back by central government.

The Mayor presented a list of all her engagements since the last council meeting, and named some upcoming events for all councillors including the annual bowls match against Oxford to be played at Oxford for the first time.

There have been two meetings of the committee considering a Community Led Plan for Abingdon but no details were given.

The museum is considering charging visitors who are not resident in Abingdon. 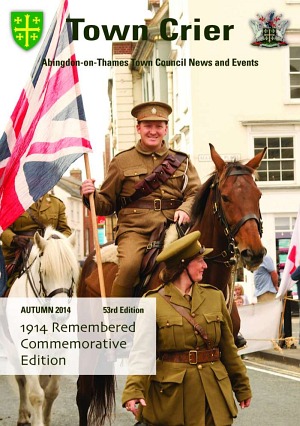 The Town Crier magazine, usually sent to all houses in Abingdon 3 or 4 times a year, will not be published this year. People can visit the town council web site instead to find what is happening.

Nothing to report on the new cemetery.

Tenders had been considered for the Guildhall development and a recommendation made. So that could have been accepted in confidential session at this meeting.

There was then a discussion of the budget for the coming year. The Lib-Dem group proposed putting some money aside to show support for the South Abingdon Children’s Centre – should a sustainable project plan be produced. They noted that successful projects agreed to by the County have had support from their town councils. This led to an adjournment by the Conservative group to discuss the proposed amendment.

I left at this point for haggis and neeps. For it is Burns Night … 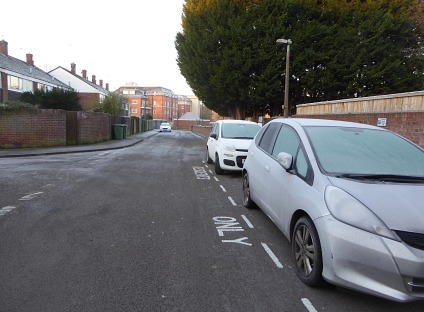 In Abingdon Town Centre some new bays have been painted for the residents parking scheme.

It currently costs residents £100 a year for a permit to park in the town centre spaces, but that will soon be going up to £120. 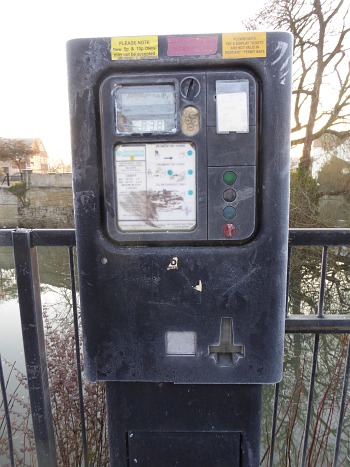 New play and display machines will be coming in March 2017 to replace the current ‘obsolete’ machines. The new machines will allow payment by telephone, credit cards, and coins, but won’t support the current card based system whereby residents can get a day’s parking for visitors for 40p. New scratchcards will be used instead, allowing 25 days visitor parking, and an additional 25 days at a cost of £20. 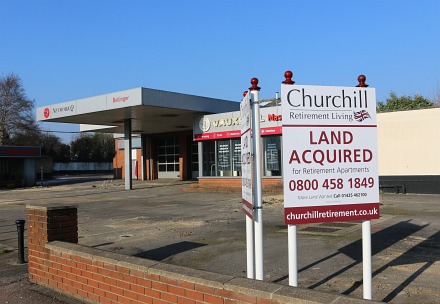 Churchill Retirement Living will be building retirement apartments on the site of the old Bellinger car dealership.

It is not going to be the new home of Harley Davidson, Oxfordshire, who recently moved from their showroom in Wootton. They have moved instead to Nuffield Way – on the Abingdon Business Park. 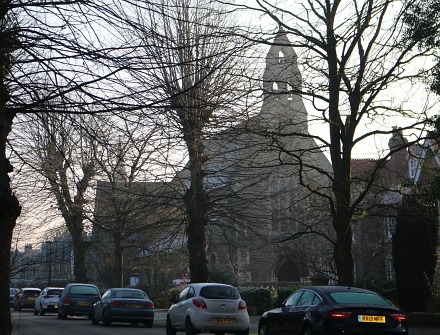 The church of St Michael and All Angels was consecrated on 25 January 1867 by Bishop Samuel Wilberforce and will be celebrating their 150th Anniversary on 25 January 2017 with a Sung Mass at 7.30 pm led by the Bishop of Dorchester. I look forward to getting a guest blog from Colin who is going to the event. 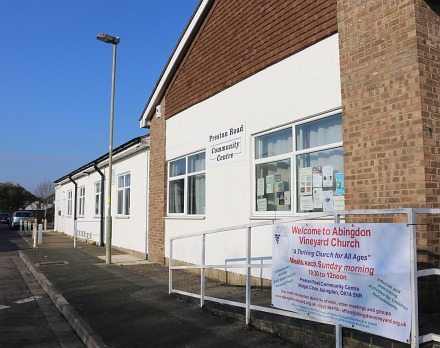 Another church in Abingdon celebrating an anniversary is the Vineyard Church. They do not meet in the Vineyard as the name would suggest. They have been meeting at Preston Road Community Centre for ten years now.