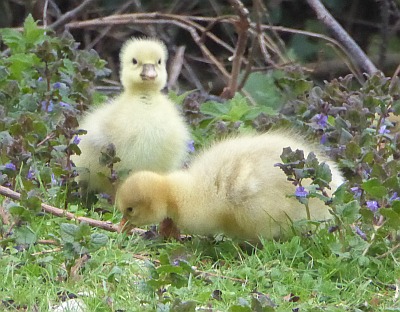 There were lots of little goslings out with their parents this evening. They will need to keep warm through the current cold snap. 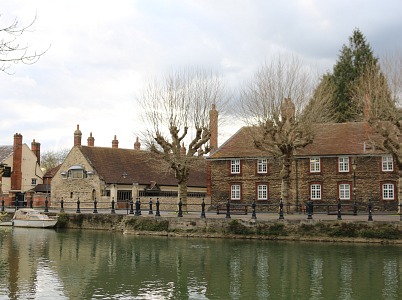 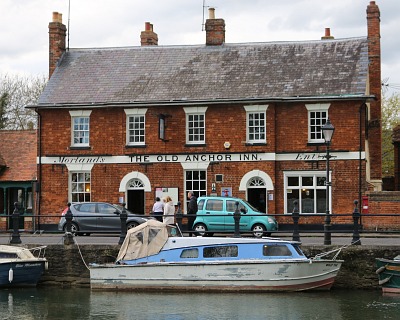 Next door is the Old Anchor Inn where new people have recently taken over. 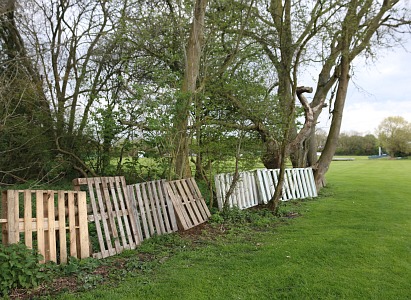 At the Cricket ground somebody has made a fence out of pallets, possibly so they don’t loose their cricket balls quite so often. 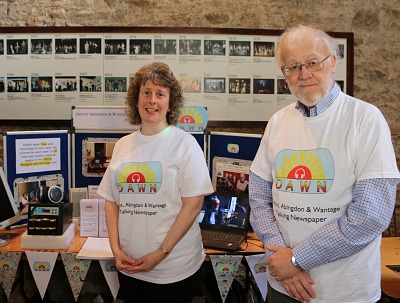 The Didcot, Abingdon and Wantage Talking Newspaper – DAWN – record and produce local news for people who are blind or partially sighted. It can be listened to by anybody visiting their website, and is distributed to about 100 recipients using memory sticks. Volunteers record news and other features of interest at the Health and Wellbeing Centre on Audlett Drive in Abingdon. 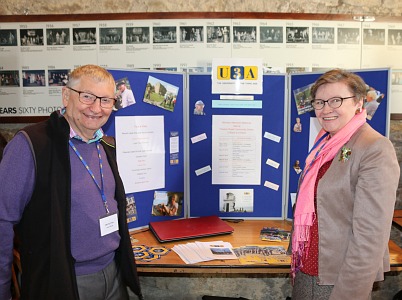 University of the 3rd Age – U3A – have over 300 members in Abingdon. Thay have weekly talks at Preston Road Commnity Centre. The next ones are:
Mon May 9th – Investigation of Insurance Fraud
Mon May 16th – James Sadler: Oxford Pastry Cook & First English Aeronaut
Mon May 23rd – The Spanish Guitar
They also have many other smaller groups for people with special interests. 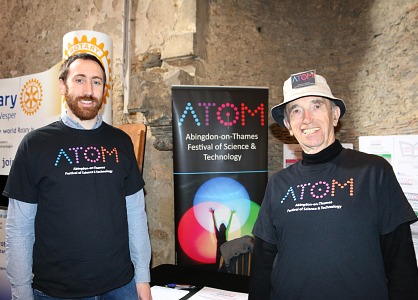 Abingdon-on-Thames Festival of Science and Technology is an annual week-long event run by ATOM. They also have monthly talks. Next one is 19:30 to 21:00, 28 April 2016 at the Barn Room, Crown & Thistle, Abingdon, when Professor Jon Butterworth from UCL will discuss physics at the ‘energy frontier’. (Free for members. £3 for non-members.) 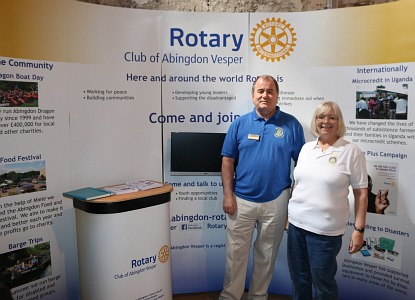 The Rotary Club Vesper are well known for running the annual Dragon Boat Racing on the first Sunday of September. They also run the Abingdon Food Festival . It began at Miele for the first two years, and is moving to Rye Farm Meadow, Abingdon this year on Saturday 25th June 2016. The Rotary Club Vesper are experts at advertising and running large events. They also raise a lot of money for good causes.

For anybody who did not manage to get to the Clubs and Societies Day, here is a round up some of the stalls I did get round. There will be 3 or 4 a day for the next few days. 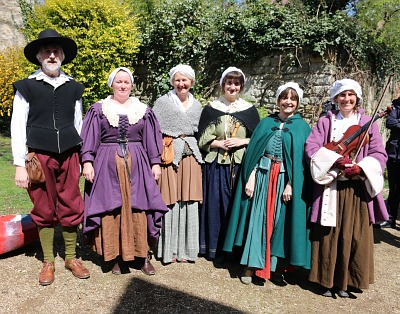 The Vale Islanders is a group of dancers and musicians who perform English country dances of the Seventeenth Century in the costume of the period. 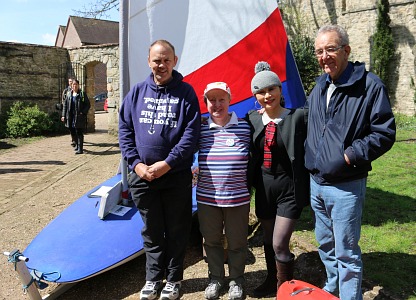 The Abbey Sailing Club is a small, family friendly sailing club with a great social side and an informal and friendly atmosphere. They run handicap races on Sundays and Wednesday evenings. 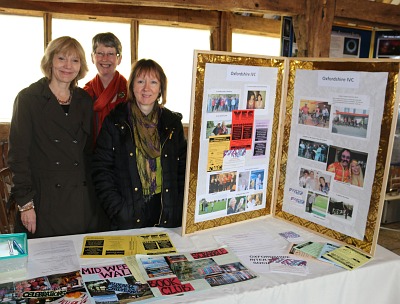 The Oxfordshire IVC Social events group is there to kickstart your social life, whether you are new to the area, or want to get out more. Activities include such things as: guided walks, Indian meals. Pudding Clubs, pub social evenings, Motown and Northern Soul disco, jazz nights, Point To Point racing – whatever other members organise. 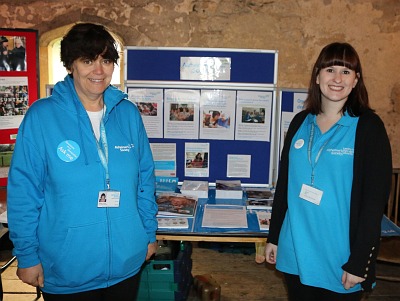 The Alzheimer’s Society provide day care and support for people with dementia at the day centre in the Health and Wellbeing Centre off Audlett Drive in Abingdon from 9:30am-3:30pm. 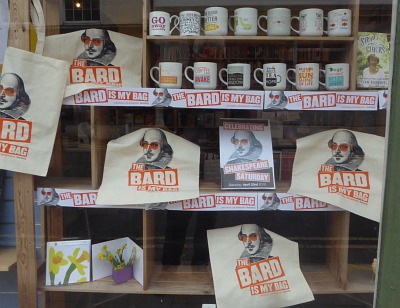 Mostly Books were celebrating Shakespeare today on the 400th anniversary of The Bard’s death. 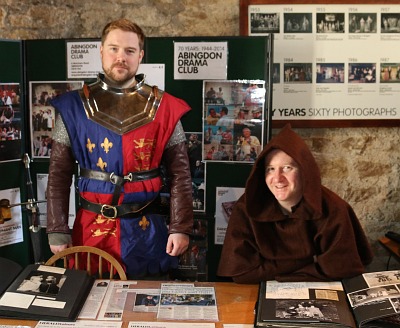 At the Clubs and Societies Day, at the Old Abbey Buildings, Abingdon Drama Club were there. The last Shakespeare they  performed was Henry V in 2014.

Henry V Act 3 Scene 1 – The speech begins with ‘Once more unto the breach, dear friends‘, and ends
… I see you stand like greyhounds in the slips,
Straining upon the start. The game’s afoot:
Follow your spirit, and upon this charge
Cry ‘God for Harry, England, and Saint George!‘ 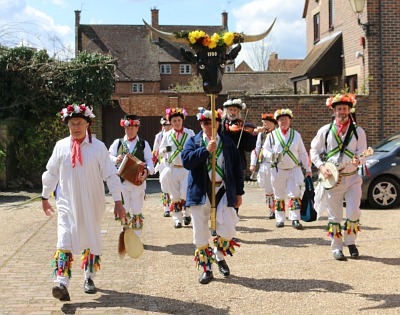 The Abingdon Traditional Morris Dancers were dancing round the town centre on St Georges Day. They danced at various pubs, then made a visit to the Clubs and Society Day before going to the beer festival at the Nag’s Head. 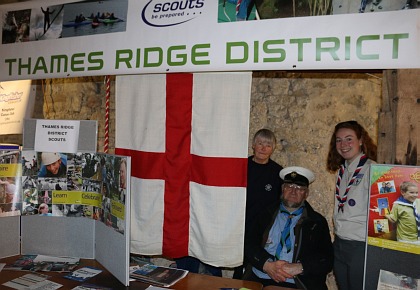 The Scouts were there too. Baden-Powell chose Saint George to be the Patron Saint of Scouts.

More about the Clubs and Societies Day soon.