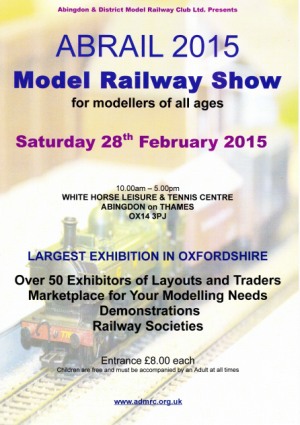 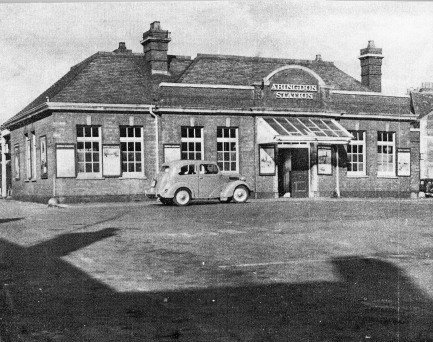 This year you can see a scale model of Abingdon Station – now a supermarket and a home for the elderly. 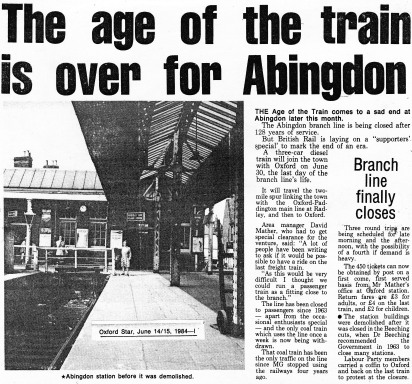 You can also see a model of Radley station (with a bit of modellers imagination added) so you could perhaps picture a ride on the bunk from Radley to Abingdon. Radley and Abingdon history clubs are there to tell you more.

Thanks to Mike for the poster and Elizabeth for the pictures. 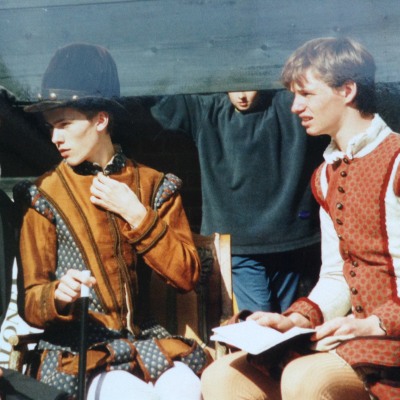 As Eddie Redmayne has just won an Oscar for Best Actor, for his portrayal of Professor Stephen Hawking – in The Theory of Everything … here is a picture of him with, Mark Chalk Iles, a former student at Abingdon School, whose mum still lives in Abingdon. Eddie and Mark appeared together in the National Youth Music Theatre production of The Ballad of Salaman Pavey at the Globe Theatre in about 1999. Mark is currently appearing in Charlie and the Chocolate Factory at the Theatre Royal, Drury Lane. 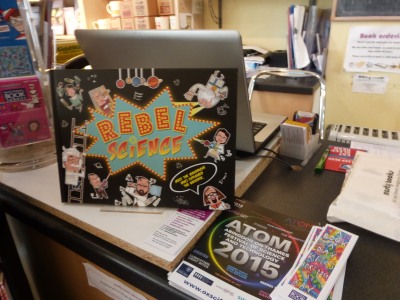 The forthcoming Atom Science festival happens in March, and you can pick up leaflets from Mostly Books, or read about it online. The festival will include, among many features, a well illustrated presentation called “Cosmic Quest – From Babylon to Big Bang”. 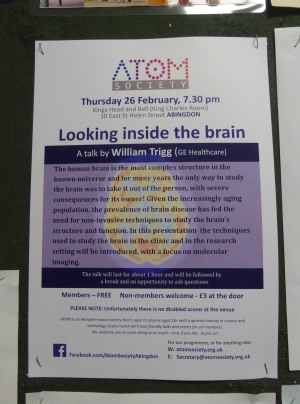 This Thursday there will be one of Atom’s regular talks at the Kings Head and Bell. 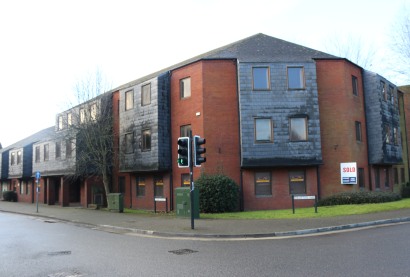 Publishing House, at the bottom of The Vineyard, has gained prior approval to change from offices to residential use, and has now been sold. 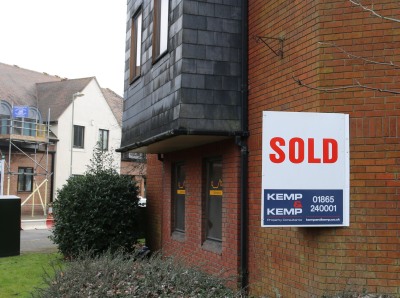 It was vacated by Connexions, the agency charged with helping to find young people work, in August 2011, and there has been a To Let sign / For Sale sign outside since. 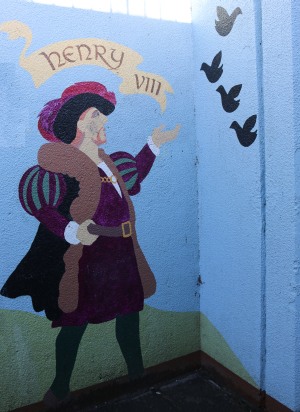 Abingdon got a mention near the end of Episode 4 of the historic drama, Wolf Hall, currently being shown on the BBC. Thomas Cromwell dictates “Itinary for the King’s summer progress; depart Windsor, then to Reading, Missenden, Abingdon … then Wolf Hall!

Henry VIII stayed at Abingdon Abbey, on another occasion, at the start of April 1518 with wife Catherine of Aragon in the time of Cardinal Wolsey. There is an exchange of letters between Richard Pace, who is with the King, and Wolsey who is left to conduct government back in London.

The court were on the flight from the ‘sickness,’ and the chief chief issue concerning Abingdon is ‘There is very little accommodation in this small town’ and “Sufficient provision has been made at Abingdon of horse meat for the King. Cannot tell how ‘other poor men’ will do.”

The letters are available on the internet and Pace starts writing from Abingdon on 27th March 1518.