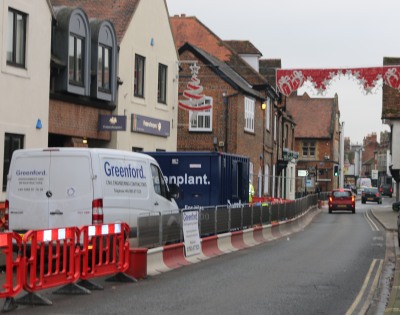 Investigation work to the Stert Culvert started on 26th November and will continue for about 2 weeks, in preparation for the main construction work planned for February / March 2015. 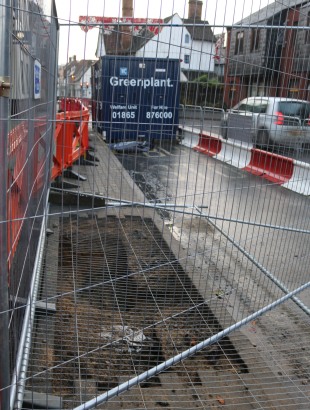 The investigation appears to involve holes being dug under the pavement area to make sure the culvert can be strengthened and the barriers removed.

Today was probably the hottest Abingdon Christmas Extravaganza Day on record. It was a lovely sunny day in late November. 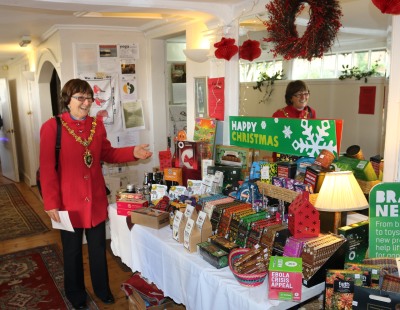 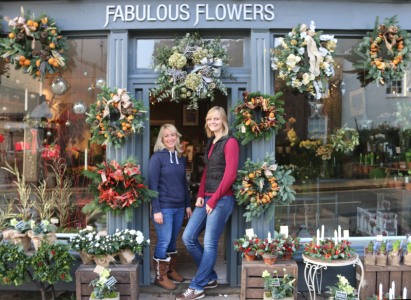 There was no best shop window competition this year. But looking round, and I am no judge, it would have been between Fabulous Flowers … 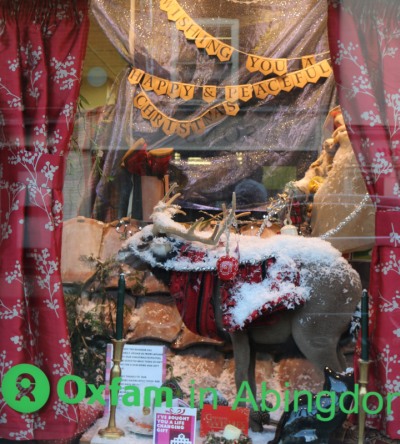 and Oxfam. Snow was falling throughout the day on the Reindeer inside the window. If they don’t turn the snow off soon it will drift. 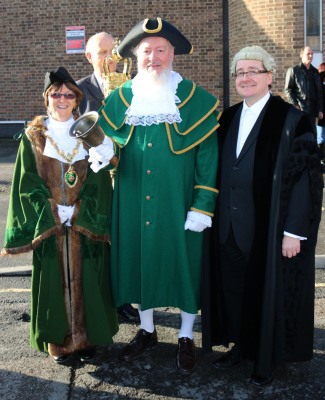 At midday, waiting in Queens Street Carpark for the start of the Christmas Extravaganza Parade, were the Mayor, Mace Bearer, Town Crier, and Town Clerk. 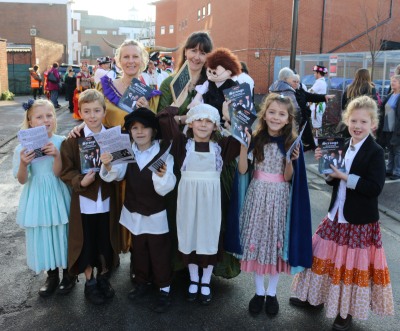 Various community groups were also waiting to take part in the midday parade, including some junior members of the cast of a play that will be performed in the Unicorn Theater from Wednesday 10th December to Sunday 14th December – called Scrooge. More Info Here. 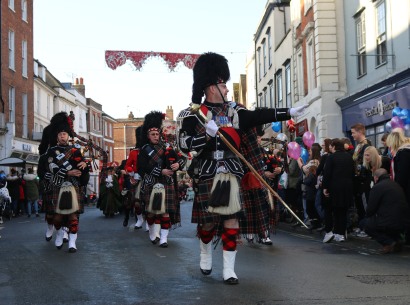 The Oxford Caledonian Pipes and Drums Band led the parade. 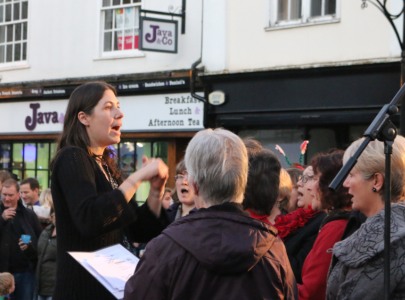 Throughout the day people visited Abingdon shops, and coffee shops. They ate Hog roasted by the Crown and Thistle, partook of beer brewed by Loose Cannon Brewery, and enjoyed entertainment provided by many community groups. Pictured above are the Abingdon Community Choir. 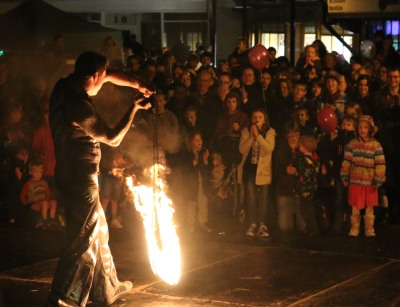 The day ended with fire juggling…

The Christmas Lights were switched on (pictures to follow) … 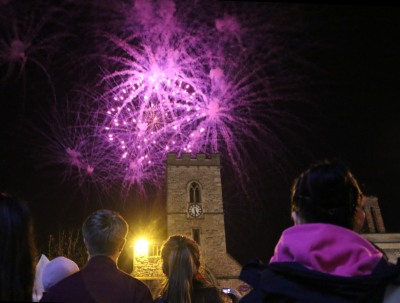 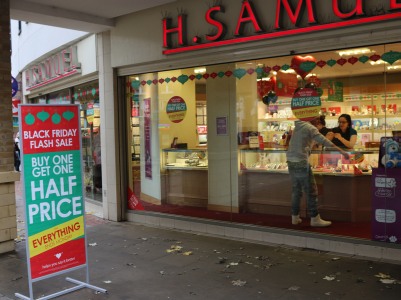 What began with Amazon offering online bargains in the UK, on the day after Thanksgiving, has now been imported into shops in Abingdon, UK, 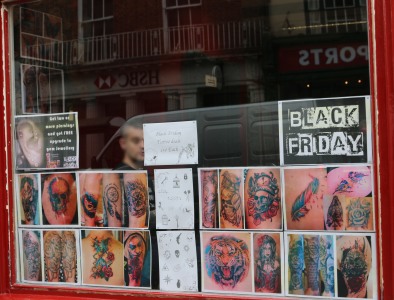 Quite a few businesses had Black Friday bargains and sales on offer today. 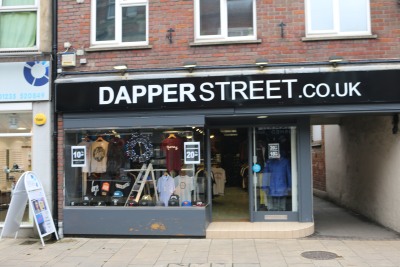 There is also a new shop opened on Stert Street with a black sign. What was Badgers has been transformed into Dapper Street. 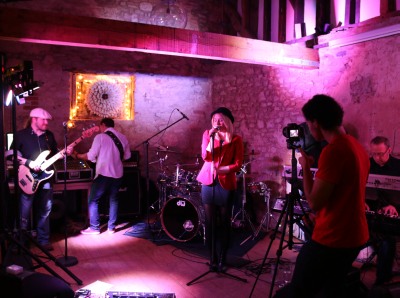 Thursday night in Abingdon Town Centre and at the first anniversary of the re-opening of The Crown and Thistle a band were playing in the barn. 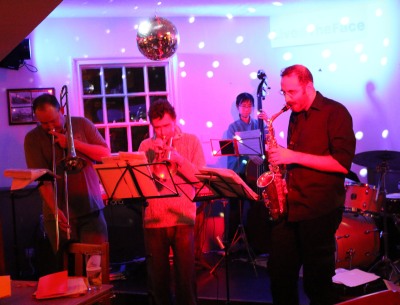 Further down Bridge Street at the Broad Face jazz players were performing. 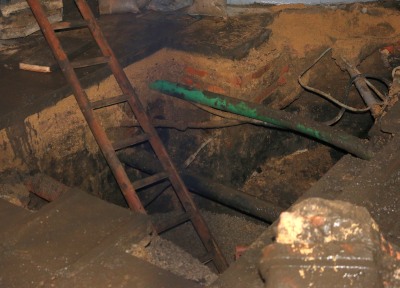 Below High Street a ‘deep excavation’ has been dug by Cappagh Browne working on behalf of Lanes Group plc. for Thames Water “to improve your sewerage network.” 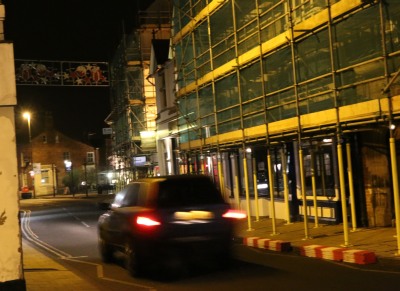 A lot of new scaffolding has recently been erected on the High Street. 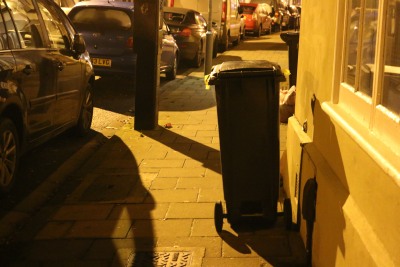 And outside residences, the smaller, black, ‘non-recylable’  wheelie bins are waiting for their contents to be taken away and dumped in landfill or burned at the new Incinerator at Ardley in North Oxfordshire. 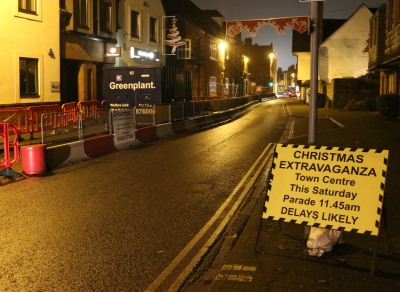 The Christmas Extravaganza road signs are there for the parade at 11:45am on Saturday, 29th November 2014.

Once the parade is over there will be entertainment in the Market Place and Bath Street, and traffic can flow normally. Entertainment will include a mix of Bands, Choirs, Dancers, Street Entertainers, and Punch and Judy. The Christmas lights will be switched on at 5:30pm followed by Fireworks. 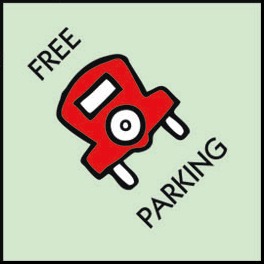 To coincide with the Abingdon Christmas Extravaganza Day there will be free parking all day in all Abingdon’s car parks. 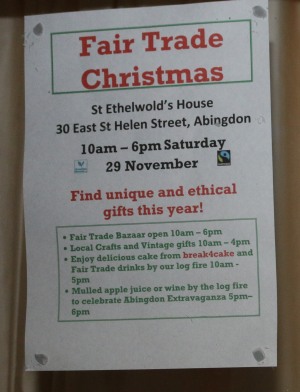 There are also other events that coincide with the Christmas Extravaganza Day: